It’s been another one of those weeks wherein caring for our severely autistic/mentally daughter has very nearly eclipsed all other activities. Again. Same as every minute of every day. For years on end. In order that we might truly learn and grow deeper with sincere affection from the difficult experience which the Supreme Lord has sent as mercy to reform us from all selfish considerations. Or complaint (tat te nukumpam…) about the severe circumstance we must necessarily endure. As each endless “How any spiritual activity should be done is understood from three sources: saintly persons, standard scriptures and the spiritual master”. (Srimad Bhagavatam 3.28.4, purport)

Proper sankirtan – a phrase used by Srila Bhaktisiddhanta Saraswati in his Sri Sanmodana Bhasyam and by Lord Caitanya Himself – means certain tunes, certain instruments, a certain musical style, certain dress and certain kinds of dancing by the members of the chanting party. In Caitanya Mahaprabhu’s sankirtan movement, r 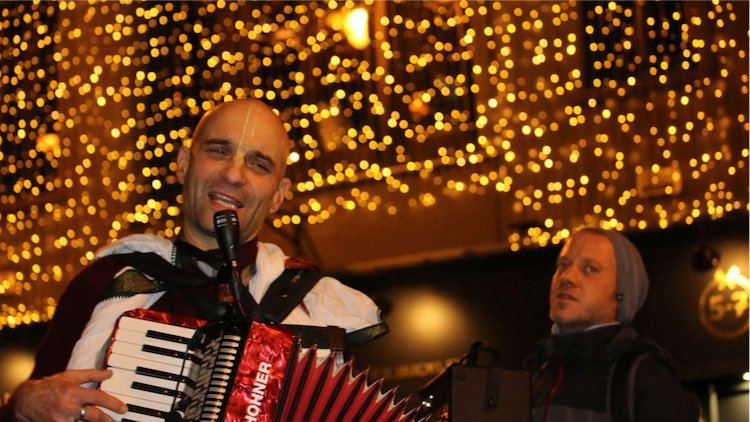 Started by enthusiastic younger devotees in the early days who wanted to bring the maha-mantra to large crowds, it saw record numbers of devotees participate during the late Tribhuvanatha Prabhu’s tenure in Ireland. For For anyone interested in spiritual progress,
gambling is more than just a harmless amusement.

High’s convenience store is bustling with last-minute shoppers picking up odds and ends for a holiday dinner. Having run out of milk, I find myself in the crowded store, standing in a line that wraps around the food aisle. I resign myself to the waiting, and chant the Hare Krsna mantra softly to myself.

An elderly shabbily dressed woman at the counter draws my attention. She’s frant 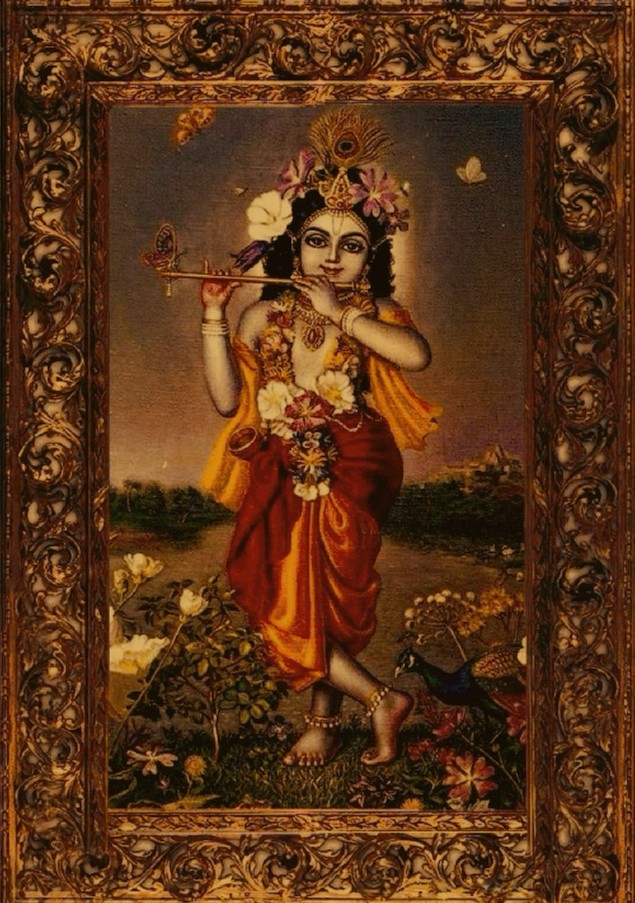 We sometimes think of ourselves as being good adjudicators of who is serious in Krishna consciousness, and who is not. Who is pure, or not. Expecting that “More people will leave Krishna consciousness than stay,” we easily become proud of being one of the “privileged few” to remain.

Being of the surprising few and rationalising this way is certainly premature, and signals immediate complacency. The adage, “It is how you finish that counts; not how you start,” usually escapes our attention when

Worse than being alone is to be with a person who doesn’t like you; too many people have experienced the anguish and chaos caused by an incompatible marriage. Such travesties are systematically avoided in Vaishnava culture because, besides training and restraint in behaviour prior to marriage, all care is taken in matchmaking: “Formerly, boys and girls of similar dispositions were married; the similar natures of the boy and girl were united in order to make them happy.” (SB 3.21.15) “The centra On 8th Dec. 2019 became a red-letter day in the history of Sri Sri Radha Madhav Temple, ISKCON ROHINI. The temple observed not only ‘Mokshada Ekadashi’ but also witnessed its first-ever ‘Kirtan Mela’.

Month-long preparations fructified into a grand harinaam mela with the slogan ‘CHANT FROM YOUR HEART’ in the presence of exalted devotees from all around the world. As the temple is in the final stages of its completion, the mela was dedicated to its grand opening in 2020. With ‘Adhivas Ceremony’ 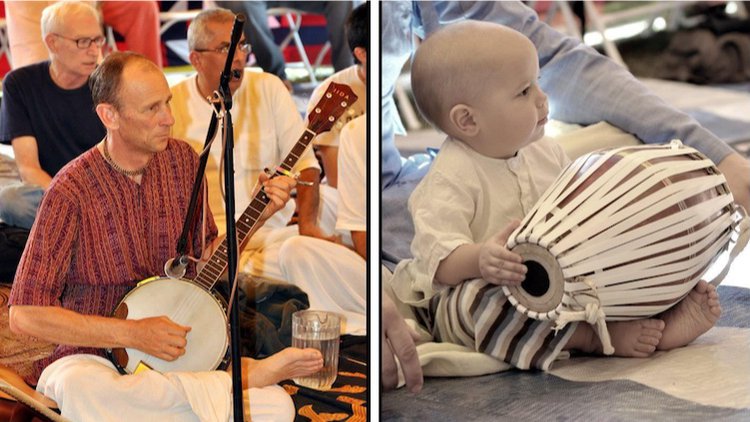 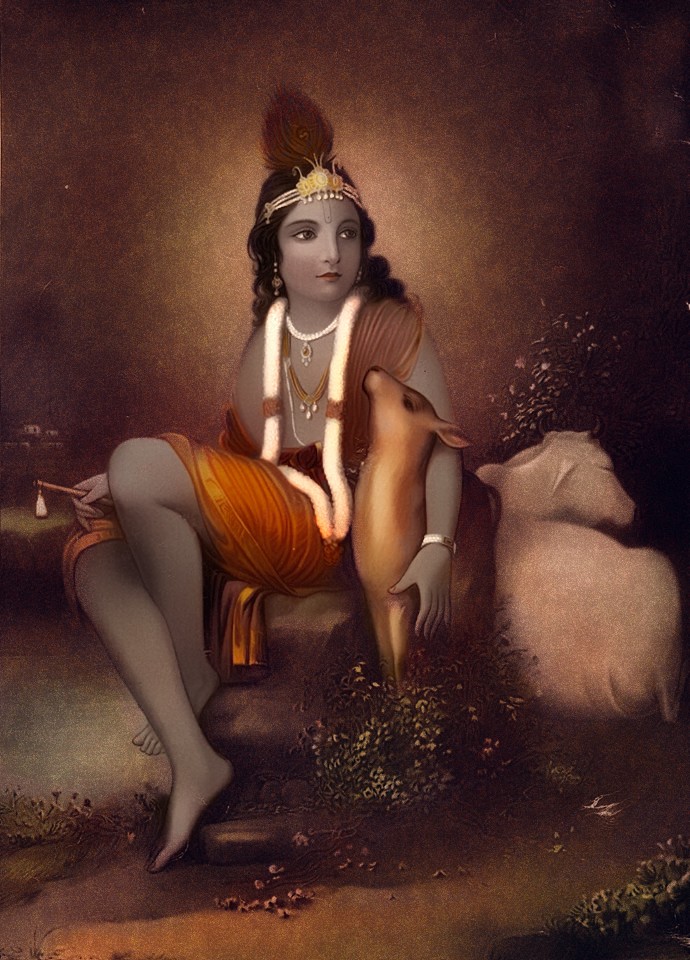 Excerpt from the Bhagavad-Gita As it Is 7.7:

Chapter 7: Knowledge of the Absolute

O conquerer of wealth [Arjuna], there is no T Diwali ceremony can be observed in the temple by illuminating 100’s of candles, indifferent parts of the temple, and offering a special Prasad to the Deity. This ceremony was observed by the inhabitants of Ayodhya, the Kingdom of Lord Ramachandra, while Lord Ramachandra was out of His Kingdom due to His 14 years banishment by the order of His father. His young 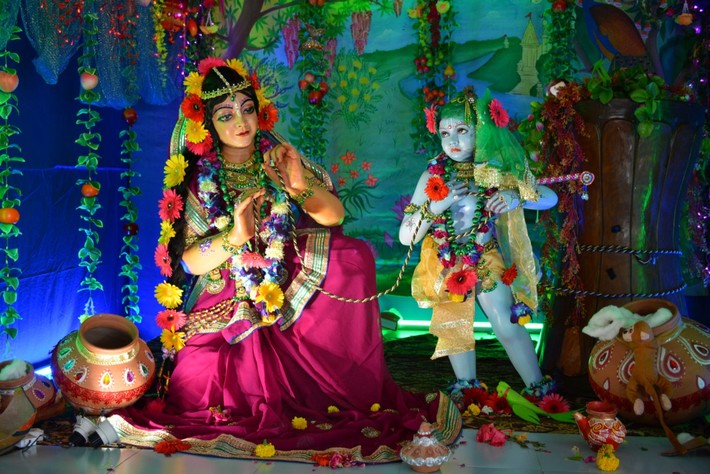 The supreme controller is controlled – and still remains in control.

Prayer is the universal language by which the human heart communes with the divine heart. Poetry is an artistic means for verbalizing the heart’s deep emotions. Singing is a popular method to express one’s emotions.

The integration of these three – prayers composed poetically and sung individually or collectively – is a powerful and joyful way to channel human emotions towards the divine. In the world’ 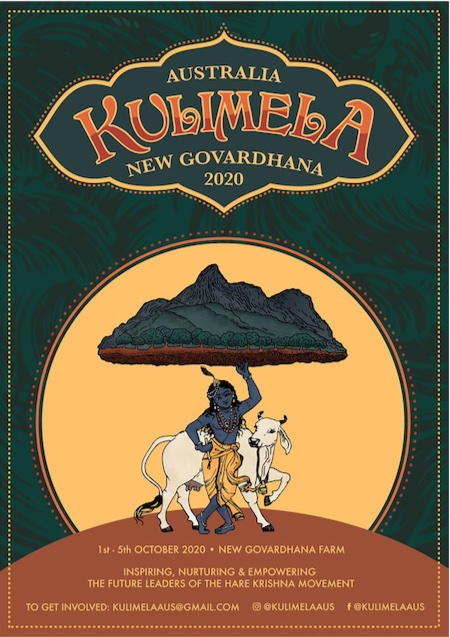 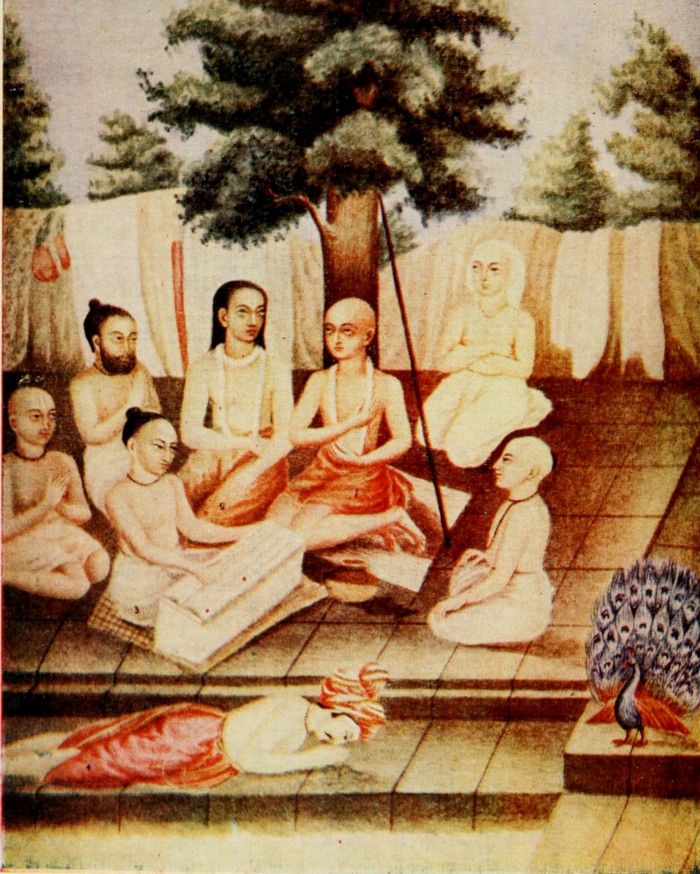 There is one foundational principle of the Bhagavata philosophy, which is enacted and taught practically by Lord Caitanya Mahaprabhu during His earthly pastimes. By understanding it you will be able to live and apply what Sri Caitanya Mahaprabhu had come to teach us. This foundational principle is to establish a relationship with the Lord through the mood of separation. This is best practiced in kirtan.

We have heard it so many times – in order to re 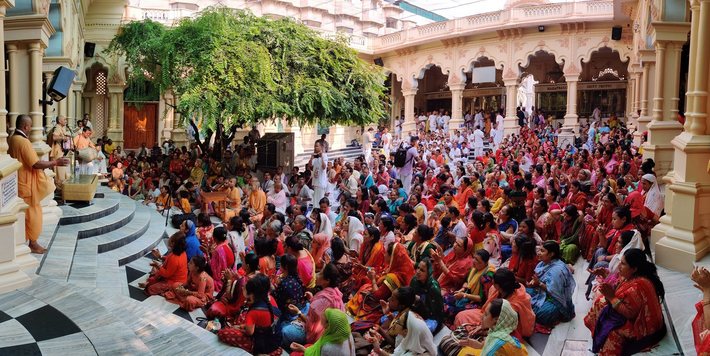 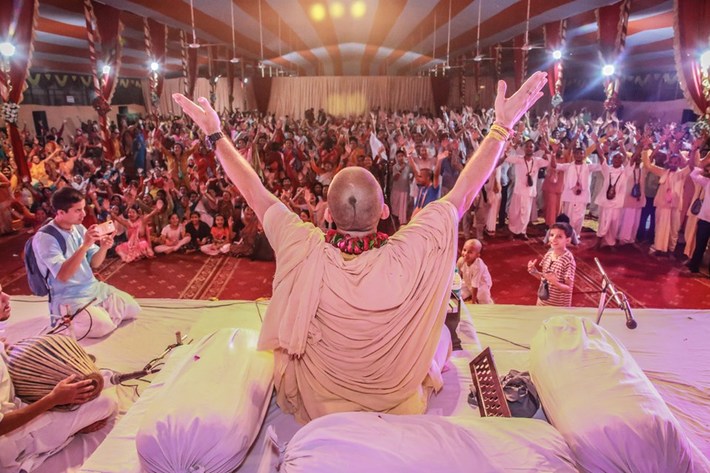 Here is the yatra going on at Vrindavan. 1000 Nepali devotees yatra with HG Patri Prabhu at Vrindavan. Yatra Stories. Wonderful Kirtan and Katha. It’s super thrilling! Special Address and warm welcome to Nepali Devotees from Member of Parliament (Mathura), Smt. Hema Malini ji. We are really honored by your loving reciprocation and devotees of Nepal will always remember this special day. 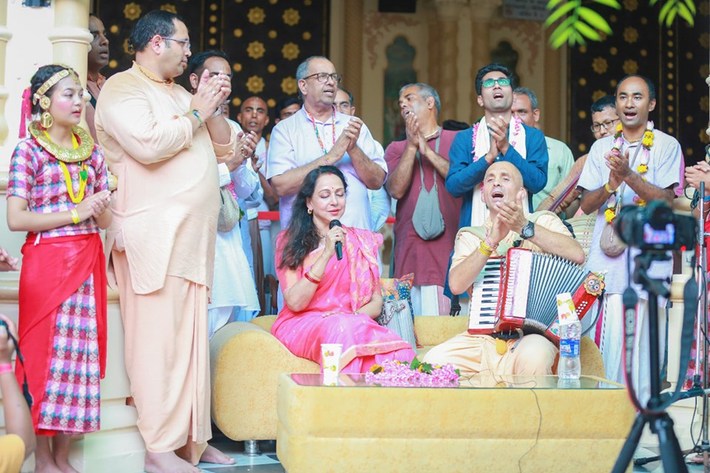 How we value, acquire, use, and relate to money reflects our inner state of being.

Sri Sukadeva Goswami said, “Money does not stay in one place. It passes from one hand to another. Ultimately no one can enjoy money, and it remains the property of the Supreme Personality of Godhead.” (Srimad-Bhagavatam 5.14.24) Money is God’s energy. He created it, He owns it, and He controls it: “Everything animate or inanimate that is within the universe is controlled and owned by the Lord 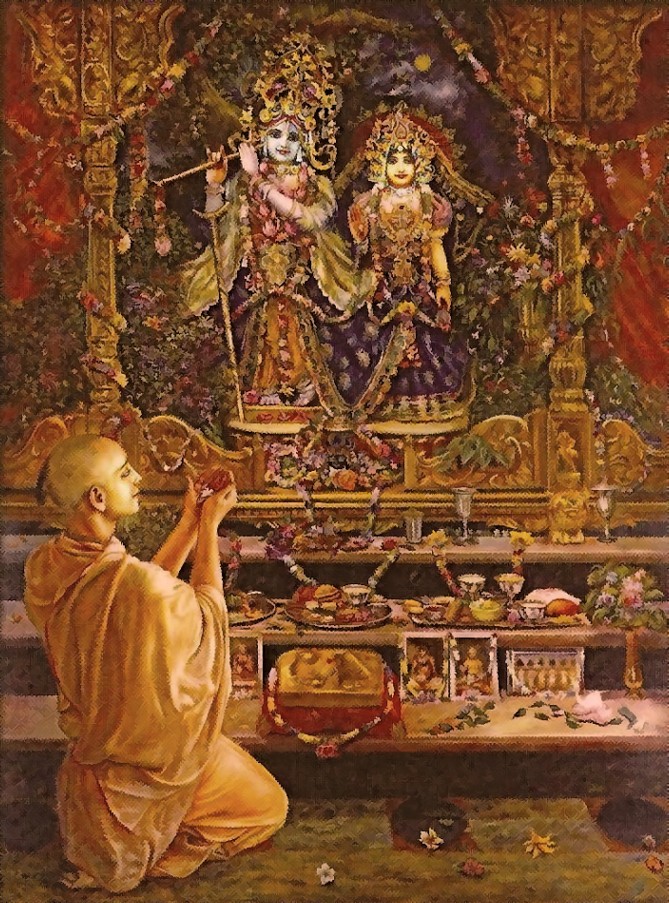 There have been some people who have declared that the worship of Deities or images or the murti in the temples is but a recent invention of Vedic culture. However, that is not an accurate point. It is true that according to the different yugas or ages (such as Satya-yuga, Treta-yuga, Dvapara-yuga, and Kali-yuga) there are different processes for spiritual development that have been more recommended than others. For example, meditation was the recommende 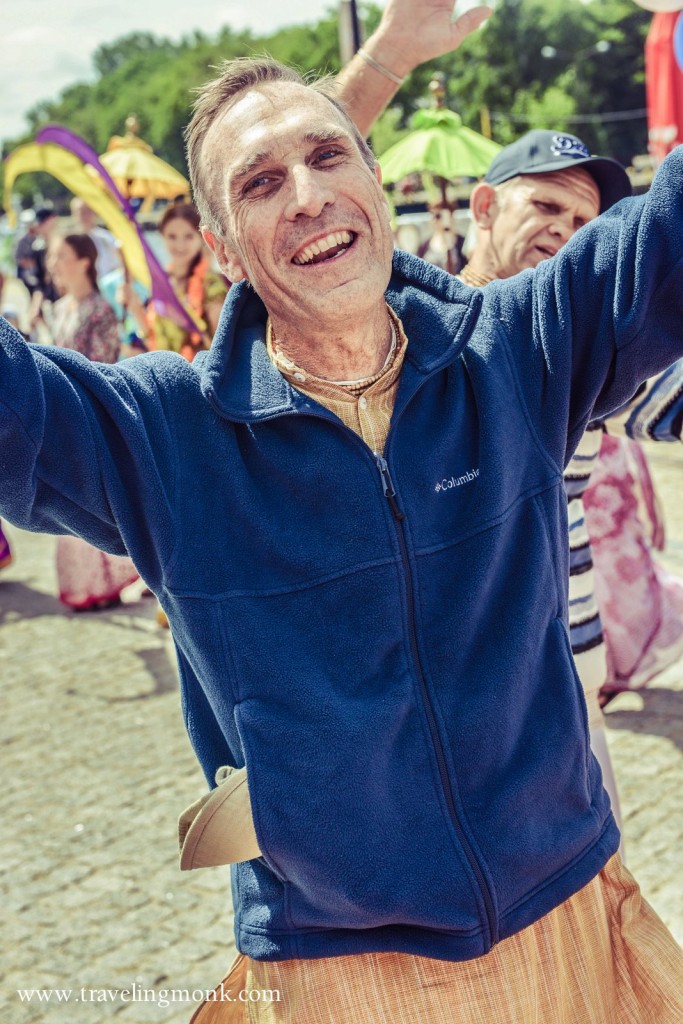 Q.
Dear Bada Haridas,
I led my first kirtan yesterday evening! I was wondering what is the role of the kirtan leader? I know that practically speaking they are playing an instrument and singing the mantra for the group to repeat, but what is their job spiritually?

I felt a little bit nervous to take on the task at first and was wondering if you could share some of your wisdom in that regard. Hare Krishna!

A.
Glad to hear you are leading kirtan. Thank you for asking such a nice question and for As the age of Kali-yuga moves forward, many people are wondering how bad social conditions will get before they improve, and what can we do about it now. Yet the Vedic texts contain a specific prescription for staying free from the heavy influence that this age of Kali-yuga brings.

In spite of all the changes predicted to happen in society and on the planet, there are still many ways, both material and spiritual, to stifle or even get free of Kali-yuga’s influence. If we are going to change any Robert Gass, author of Chanting: Discovering Spirit in Sound, believes that ritual chanting is among the most universal of human impulses, as well as one of the first: “We have no recordings of the earliest humans,” he writes, “but when we encounter indigenous tribes who’ve had little contact with m