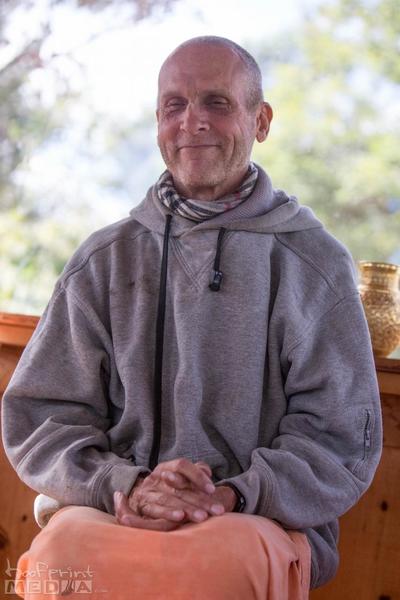 TRANSLATION: One should realize that in the fire, in the spiritual master, in one’s self and in all living entities-in all circumstances and conditions-the Supreme Personality of Godhead, Visnu, has simultaneously entered and not entered. He is situated externally and internally as the full controller of eve 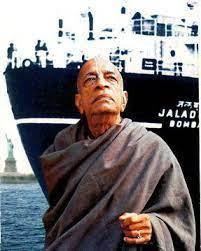 Then Bhaktivedanta Swami met Mr. Agarwal, a Mathura businessman, and mentioned to him in passing, as he did to alm I get so much joy from being with the group of Ukrainian/Russian bhakti yogis. Today was about a year ago when Igor opened up his backyard to a host of us for the regular “devotee thing” — chanting, philosophizing, dancing, eating blessed food, etc. This group shows a lot of love and they were most enthusiastic to listen to the topic of “The Ills of Gossip.” It’s subject that resonates with most people. The consensus of people in general is that rumor mongering is one of the worst practices. I have seen time and again how devotees who have undergone brahmacari training, and who later take up the reins of householder life, enter the workplace with skills far above those of the average man or woman. It is not that the skills and mentality of the devotional training have no value in the work theatre. On the contrary, the training as given by A.C. Bhaktivedanta Swami Srila Prabhupada raises the devotee to a level above that of others.

The first thing that a brahmacari must do is exerci 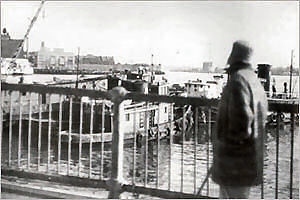 I will begin by reading a couple of exchanges with Srila Prabhupada about his coming to America. Once, Srila Prabhupada was asked, “Your godbrothers who came to the West went to England and Germany. Why did you choose to come to America?” And he replied, “They went and came back to India without accomplishing anything. So I thought, ‘If I am going to fail, at least let me fail in a different place.’ ”

And on a morning walk in Los Angeles, a disciple said to Prabhupada, “When you came to the Wes In almost every ISKCON temple and center worldwide, a large or small murti of ISKCON Founder-Acharya His Divine Grace A.C. Bhaktivedanta Swami Srila Prabhupada can be found. The murti is worshiped daily no different from any deity of the Lord, and Srila Prabhupada is thus considered to be personally present to accept our service and bless his devotees and followers.

What many devotees don’t know is, who made most of these marvelous, lifelike deities of Srila Prabhupada that look s 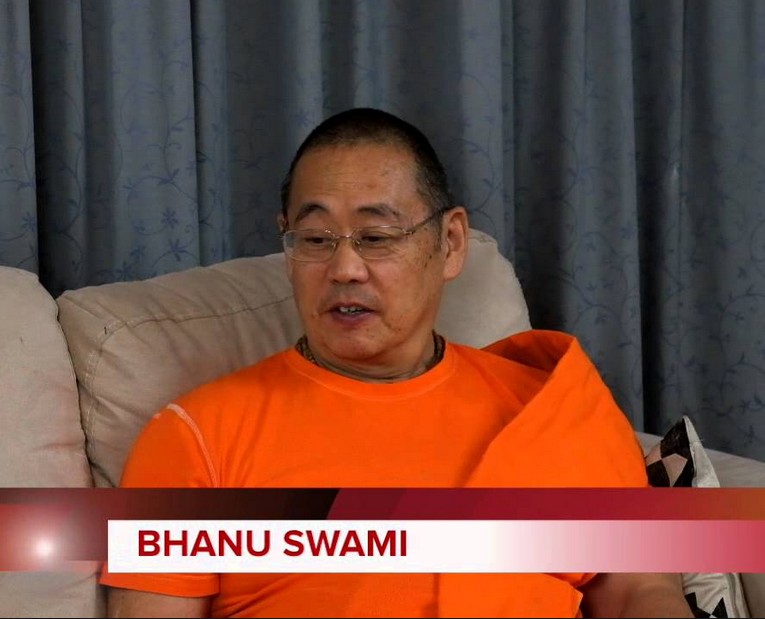 King Puranjana had unlimited desires for sense enjoyment. Consequently he traveled all over the world to find a place where all his desires could be fulfilled. Unfortunately he found a feeling of insufficiency everywhere. 27.12.

Once, while wandering I this way, he saw on the southern side of the Himalayas, in a place named Bharata Varsa a city that had nine gates all about and was characterized by all auspicious facilities. 27.13

While wandering here and there in th Books are the Basis Week, run by the ISKCON Ministry of Education from September 22nd to 28th, is encouraging devotees worldwide to read Srila Prabhupada’s books by providing resources and guidelines, and facilitating grassroots level engagement.

The Week is part of a larger effort to “enhance the culture of reading Srila Prabhupada’s books globally.” It was officially added to ISKCON’s calendar in 2020, after the society’s Governing Body Commission (GBC) accepted a proposal f With sadness we wish to inform you that H.G. Kulashekar Prabhu, a disciple of Srila Prabhupada, left his body in Sri Mayapur Community hospital this morning at around 1am. He joined ISKCON in Canada and was initiated by Srila Prabhupad in 1967. In his early days as a young brahmacari he was together in a brahmacari ashram with HH Jayapataka Svami. He remained a brahmacari throughout his life. For more than 35 years he served as a pujari in various ISKCON tem Mainstream Christianity has always rejected reincarnation teaching in all its varieties, e.g., Greco-Roman, Albigensian, Hindu, Buddhist, New Age, etc. as being incompatible with the biblical understanding of the uniqueness, dignity, and value of the human person, a teaching that is ultimately roote
Read more… While the world was still gripped by the Covid-19 madness the twenty-ninth Czech Padayātrā took place in the second half of July, and according to its participants was one of the best padayātrās in which they’d been involved. For a second successive year we were able to find a sweet spot during the summer holidays when most of the restrictions had been lifted. After all those lockdowns people were happy that something was going on and as there we Lover of God- this term evokes different feelings or images in our hearts. Who is a lover of God? What are his symptoms? How does he behave?

And do we know that all of us, yes each one of us, has love of God within our heart and the perfection of our spiritual life is get eternally and permanently reinstated as a lover of God!

By nature, we are lover of God, but here, being illusioned, we think God as our enemy and we don’t like God. We like this māyā. The efforts, austerities, and practices involved with the acceptance as a disciple do not end with initiation.  Rather they begin, in a formal sense, at that point. Whatever outer challenges or inner demons we have, will be overcome by Krishna’s grace for those who persevere in their vows.  It is only those who quit who will suffer defeat.

Even as the connection and dependency between the words “disciple” and “discipline” are obvious, some devotees tend to be more attentive to the fruits than t Walking was meagre. Resting was maximized more than the norm. It’s Labor Day and the last day before school starts. Karuna, K. Chandra, and I wanted to do something, not necessarily laborious but meaningful; devotional. So, we drove to North York and there we met Lila Mayi, who lives but a mere 5-minute walk from Avondale Park. We sat on a madras and started chanting to the accompaniment of harmonium, kartals, tambourine and drum.

“What is that?” asked a young man pointing to the drum. 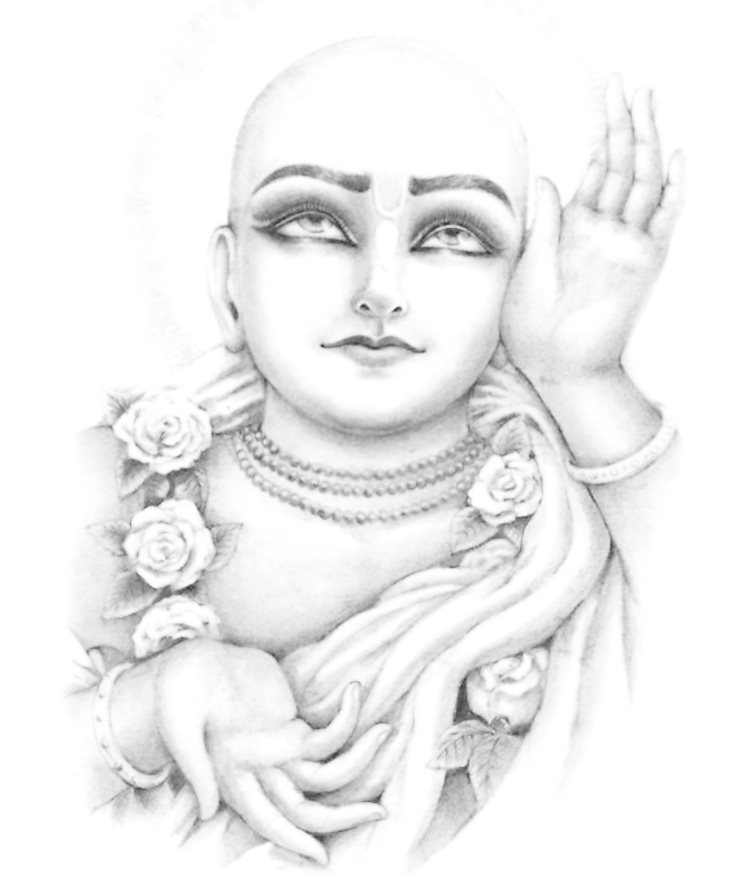 Some years back, in response to repeated requests to write something about prayer, we published the prayers I recite daily upon rising. The name of the book is My Daily Prayers. While that book is now out of print, Lāl Publishing would like to make it easily available to devotees as an ebook, which can be downloaded from here: https://srsbooks.com/gift/.

At this time our planet and our devotees need prayer. No doubt many devotees have their own prayers. Yet some do not. It ca “‘I think this is the star of the show,’ Clapton said prior to the 2004 Crossroads Guitar Auction at Christie’s, where it sold for $847,500. Even though the guitar was After Hurricane Ida hit the US State of Louisiana on Sunday August 29th, the devotees, deities and cows at ISKCON New Orleans and the New Talavana Farm in neighboring Mississippi have been reported safe and unharmed. The temples’ public Janmastami festivals, however, had to be canceled or delayed to next weekend.

Hurricane Ida made landfall as a Category 4 storm the day before Janmastami, but dropped to a Category 1 as it moved inland. New Orleans was hit by gusts over 100 mp 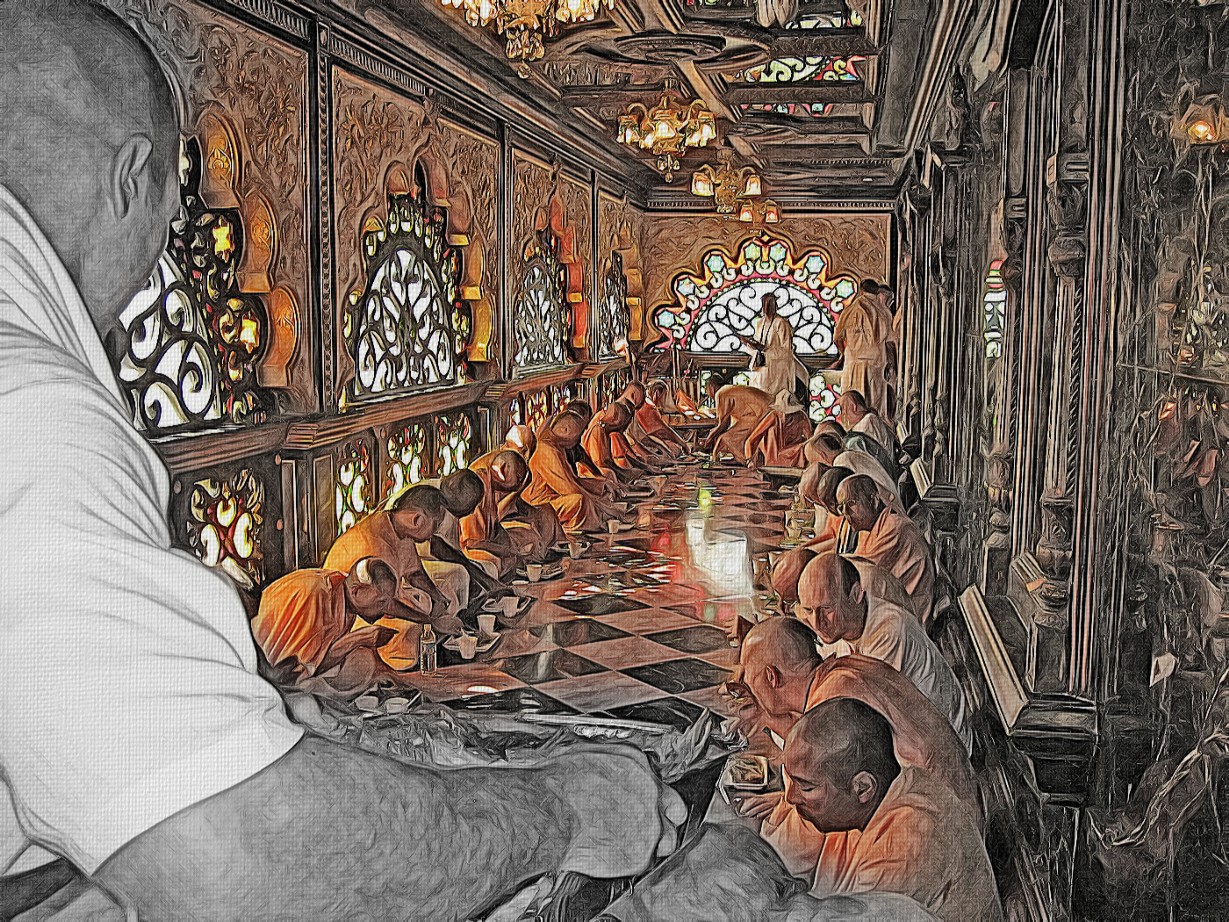 Some suggestions on how to stay inspired.

Somehow, it happens that our motivation in Krishna consciousness may falter. Usually that faltering comes in the form of lacking the desire to do some practical service, associate with devotees, or develop our spiritual practices, such as improving the quality or quantity of our chanting or of our reading of Srila Prabhupada’s books. Whenever this happens to me or a friend, I realize the urgency and fragility of devotional service and the importance of