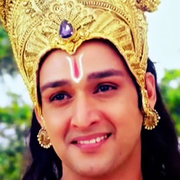 " hare krishna rahul prabhuji we can kill the false caste system but not castes ....if we marry intercaste then it is against varnaashrama dharma .......we are disrespecting  krishna and his rules do you think krishna had any intercaste marriges…"

"thank you so much prabhu
but for finding a krishna concious girl i dont want to go outside my caste and want to marry within my community now am 21 dont have any job yet after getting settled ... and when my parents will decicide i will get married…"

"hare krishna ,krishna prabhu but this varna dependent not upon janma but karma is only for the purpose for serving krishna but during marriages you have to marry within your own castes.."

"yes brain prabhu you are right but one should not be so greedy also to attain lebration i think you are a westrernizer and being westernizer it is easy to say so because there is no caste system in your country ..but it not easy in orthodox indian…"

"I am also not so qualified to answr this ques bt I have heard this from some of my elders that ...radharani was the energy of krishna and they both were inseprable and the godess laxmi was devi rukhmini .
......so naryayna should always be there…"

"and also tell me prabhu how to buy products that is dvds online from your site www.HareKrishnaMedia.com pls guide"

"hare krishna madhava das prabhu
but how to contact you prabu more than one week is over but still dint got any reply from them the matter is not abt money but as i am a student and am not earning money what ever i get i get from my parents ...if i…"

"chaturvarnyam maya sristam, guna karma vibhagasha.... not janma karma vibahagasha....you right mataji but lord never openly said to goahed and have marriges according to karma based caste system ....and i am not  against people who does it its their…"

"On the destruction of a tribe the ancient virtue of the tribe and family is lost; with the loss of virtue, vice and impiety overwhelm the whole of a race. From the influence of impiety the females of a family grow vicious; and from women that are…"

"no no mataji you are absolutly right from your part ....i wont get hurt i was expecting the same ans from any of the devotee ...i just wanted to get clarified thats all
thank you so much
hare krishna!
jay shri radhey.."

"hare krishna rameshwar prabhu thakurji namonamaha!
thakuraniji namonamaha!
who told that it is not mentioned in bhagwat geeta the lord krishna himself is the example of follower of varnaashrama dharma created by himself lord krishna was ksahtriya…"
More…
Loading ...

When i was a child i think in 2nd std i use to watch atma tv series which was telecasted on sony entertainment television with my grand parents and mother their i first came to knw abt swami srila prabhupad and lord sri chaitanya mahaprabhu through the lectures. also my grand parents are devotees of lord rama and also we have very nice lord rama's temple in our village built by my grandfather himself where a grand festival of ramnavni is celebrated every year so i was influnced by this things, and also before comming to krishna conciousness i used to read the teachings of swami vevekananda and i always respect him but i always wanted a platform where lord krishna is being praised always Then after a long time period in 2013 on day of janmashtami i came to knw abt iskcon and also then i was glad to knw that srila prabhupad . Was founder acharya of iskcon and also it is based on lord sri chaitanya's teachings . Also by mistake i once visited amravati maharashtra and i luckily found iskcon temple and visited their.