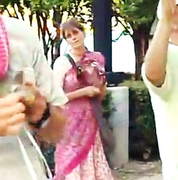 "Thank you. This is very helpful."

"Yes. Myself, cheating and not following.
Take shelter.
Thank you."

"I am not yet initiated.
I do follow the four regulative principles and chant. I still want to follow what is proper.

Why not initiated?
I have been aspiring, and temple authorities will not allow me initiation.
I have not been given the reason.
I…"

Thank you for instructing me. Please accept my apology since you find my question an offense.

The subject is written of in the Srimad Bhagavatam. I am trying to understand from shastra and devotees.

If we are not to think on these…"

"Thank you for explaining this.

Can I understand, then, that relations outside of once a month, without 50 rounds, are considered illicit even within marriage?

With the woman instructed to serve the husband, what to do when the husband requires…"

"Thank you.
I think I see sometimes that others are cheating, but when that is what they want, what am I to do to help?
What steps should one take, practically, if another is exploiting"

"I didn't understand that individuals feel only calm and quiet. I had heard there is great joy and bliss, happiness, love, and sometimes pain of separation."

"Even the so-called vegetarians who do not take Krishna prasadam are as much sinful as the non-vegetarians. Our propaganda is different, to make people Krishna Conscious, which automatically makes them sympathetic against any kind of animal…"

"From Garuda Purana
The brahmana said:
2.7.89 'You have told us facts about your names; now let us know about your way of life as ghosts as well as your food.'
The ghosts said:
2.7.90-91 'We stay where people do not follow the Vedas, where there is…"

"SB 10.6.27-29
The evil witches known as Ḍākinīs, Yātudhānīs and Kuṣmāṇḍas are the greatest enemies of children, and the evil spirits like Bhūtas, Pretas, Piśācas, Yakṣas, Rākṣasas and Vināyakas, as well as witches like Koṭarā, Revatī, Jyeṣṭhā,…"

"Can you explain about using Tulasi leaf tea for offering?
I was told tea should not be made from Tulasi. Also for us not to 'chew' the leaf when it is in portion we honor, but to try to only swallow. It is ok to chop up intended to use her for tea…"

About split-personality:
Your third question, What is the explanation of split-personality, actually, there are not two personalities, there is only change of mind. Therefore, the mind has to be fixed up in Krishna, then there is no more…"

when I was younger, my mother mentioned "Hare Krishna" many times, then I painted simple painting of Lord Nrsimha. Years later, a client of mine recommended a vegetarian restaurant (Kalachandji's restaurant at the Dallas temple), when I went there I was impressed by the devotees. I kept in contact for some time, asking questions, and offered food on a simple altar. In 2002 a man, who was supposed to take care of me when I was ill, struck me while I lay in the bed, severely injuring and leaving me to die. I knew I had to get in contact with devotees. Devotees from Dallas temple brought incense, garlands, pictures of Krishna, prasadam, ganga water, carnmrita, and tulasi leaves. Mahat Tattva in California sent a package of cassette tapes, including maha mantra. After carnmrita, speaking to devotees, and listening to the mantra, an ambulance took me to the hospital. I listened to the tapes and the Lord's names 24/7 by headphones on an auto-reverse player. Have been attending Dallas temple since Jan 2004. I met HH Bhakti Charu Swami Maharaj April 10 2005. I was engaged to Vidagdha Madhava prabhu ("Music" on Desire Tree Network) since 2007. We served with Food For Life together, and constructed a Ratha Yatra parade cart. He has many years with the temple here, and has been very helpful instructing me. Vidagdha and I had garland exchange ceremony at the end of July 2010. He left his body December 10, 2010.

I want to learn to serve and love Krishna, and the devotees of Krishna.