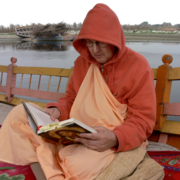 "Yesterday I heard a lecture Prabhupada gave on Srimad-Bhagavatam 3.25.23 on November 23, 1974, in Mumbai. Generally, people are suffering. No one can say boldly, “I am not suffering.” Everyone must be suffering. They have dozens of tablets to…"

"Dear Ahimsa,
Please accept my humble obeisances. All glories to Srila Prabhupada.
I’m sorry to hear that your dog and cat died within a recent week. One gets attached to pets, and it can be a loss. You were chanting Hare Krishna to them, so that was…" 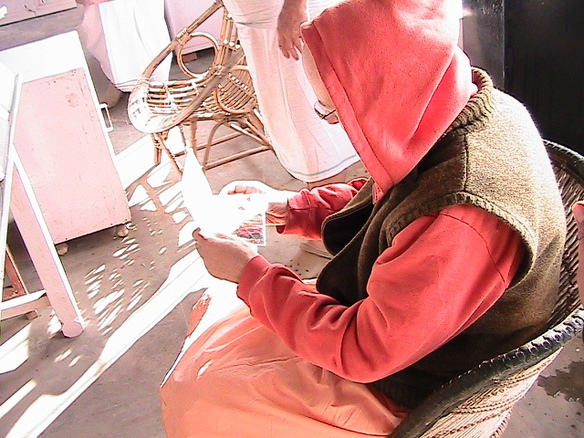 New York, I think everyone knows and have read Srila Prabhupada Lilamrita

In 1966 Srila Prabhupada was giving classes in a humble storefront on 2nd Avenue that he passed by every day on his way home from work. Entering that storefront changed my life forever. Srila Prabhupada taught essential truths from the Vedasancient books of knowledge. He captured the attention and hearts of his audience through recitation of the scripture, mystical histories of saints and sages, colorful stories, sweet chanting and musical expertise, and loving devotion to God. He brought from India a few sets of books translated into English and immediately engaged his new friends in producing more. In 1966 became Srila Prabhupada's typist and began churning out manuscripts for publication of new translations with Bhaktivedanta commentaries. Was among the first young Americans to assist Srila Prabhupada with his mission in the West and, as Srila Prabhupada's intimate disciple, served as personal secretary. While traveling, lecturing on Krishna consciousness, and instructing disciples worldwide, has published many books including poems, memoirs, essays, novels, and studies based on the Vaisnava scriptures.