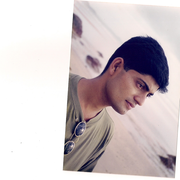 "Srila Prabhupada was pleased with the little things that someone did, even if that person had all bad qualities. His being pleased was his mercy, because he knew that if he was not pleased, Krishna will not be pleased and if Krishna was not pleased…"

"I offer my respectful obeisances onto His Divine Grace A. C. Bhaktivedanta Swami Prabhupada, who is very dear to Lord Krishna, having taken shelter at His Lotus feet."

"Hare Krishna mataji ! Thanks for sharing..!"

""We should understand the necessity for maintaining family life in human society... The husband and wife should live in Krishna Consciousness and follow in the footsteps of Lakshmi-Narayana or Krishna-Rukmini. In this way peace and harmony can be…"

"Thanks Mataji... And I wish you the same... Have a year full of Krishna Consciousness ahead!"

"When the soul, which is sat cit ananda, is clouded by the false ego, the mind tries to find pleasure somewhere else through the senses.
When false ego collapses, material conditioning is vanquished."

"[When he was being benedicted by the Supreme Personality of Godhead, Dhruva Maharaja said:] "O my Lord, because I was seeking an opulent material position, I was performing severe types of penance and austerity. Now I have gotten You, who are very…"

"Love is an expression of our free will to please Krishna above and beyond everything else."

"The real independence is to declare our dependence on Krishna."

of 7 Next
This reply was deleted.

Through my friend Harshad Prabhu. He had invited me for the Prerana festivals, organized by Sri Sri Radha Gopinath Mandir, ISKCON, Chowpatty, Mumbai.

Anything that will pleases Krishna.