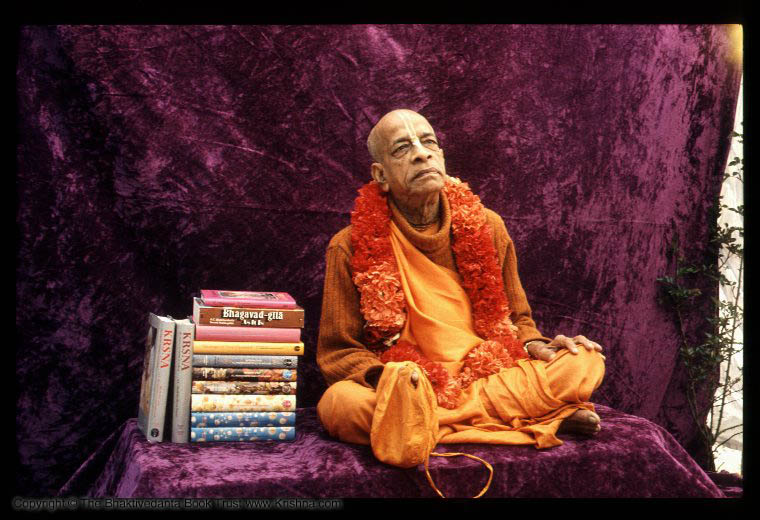 The ultimate result of devotional service is to develop genuine love for the Supreme Personality. Love is a word which is often used in relation with man and woman. And love is the only word that can be properly used to indicate the relation between Lord Kṛṣṇa and the living entities. The living entities are mentioned as prakṛti in the Bhagavad-gītā, and in Sanskrit prakṛti is a feminine object. The Lord is always described as the parama-puruṣa, or the supreme male personality. Thus the affection between the Lord and the living entities is something like that between the male and the female. Therefore the term love of Godhead is quite appropriate.
(Srimad Bhagavatam-------1:7:7------purport).

The Lord is the absolute form of eternity, bliss and knowledge. As such, transcendental loving service to the Lord in one of the five principal relations, namely śānta, dāsya, sakhya, vātsalya and mādhurya, i.e., neutrality, servitorship, fraternity, filial affection and conjugal love, is graciously accepted by the Lord when offered to the Lord in genuine loveand affection. Śrī Bhīṣmadeva is a great devotee of the Lord in the relation of servitorship. Thus his throwing of sharp arrows at the transcendental body of the Lord is as good as the worship of another devotee who throws soft roses upon Him.
(Srimad Bhagavatam-------1:9:34------purport).

The spiritual situation, however, is completely different. A bona fide lover of God could never forget Him, even in exchange for everything else. The devotee of the Lord cannot be happy in any circumstance without the Lord. In the absence of the Lord the devotee associates with Him by remembering His separation, and because the Lord is absolute, the devotee's feeling of separation is transcendentally more relishable than direct contact. This is possible only when we develop genuine love for Him. In that state the devotee is always with the Lord by feelings of separation, which become more acute and intolerable in suitable circumstances. The mild wind reminded the gopīs of the association of the Lord, and they felt separation from Him acutely.
(Light of the Bhagavata).

The spiritual quality of serving the Lord out of transcendental affinity will be pervertedly reflected as love for wine, women, and wealth in different forms. The so-called love of material things—even love for one's country, community, religion, or family, which is accepted as a superior qualification for civilized human beings—is simply a perverted reflection of the love of Godhead dormant in every soul. The position of King Kulaśekhara is therefore the position of a liberated soul, because he does not want to allow his genuine love of God to become degraded into so-called love for material things.
(Mukunda-Mala-Stotra).

Demons sometimes declare to a devotee that they cannot accept the existence of God because they cannot see Him. But what the demon does not know is stated by the Lord Himself in Bhagavad-gītā (7.25): nāhaṁ prakāśaḥ sarvasya yogamāyā-samāvṛtaḥ. "I am never manifest to the foolish and unintelligent. For them I am covered by yogamāyā." The Lord is open to being seen by devotees, but nondevotees cannot see Him. The qualification for seeing God is stated in Brahma-saṁhitā (5.38): premāñjana-cchurita-bhakti-vilocanena santaḥ sadaiva hṛdayeṣu vilokayanti. A devotee who has developed a genuine love for Kṛṣṇa can always see Him everywhere, whereas a demon, not having a clear understanding of the Supreme Lord, cannot see Him. When Hiraṇyakaśipu was threatening to kill Prahlāda Mahārāja, Prahlāda certainly saw the column standing before him and his father, and he saw that the Lord was present in the pillar to encourage him not to fear his demoniac father's words. The Lord was present to protect him. Hiraṇyakaśipu marked Prahlāda's observation and asked him, "Where is your God?" Prahlāda Mahārāja replied, "He is everywhere." Then Hiraṇyakaśipu asked, "Why is He not in this pillar before me?" Thus in all circumstances the devotee can always see the Supreme Lord, whereas the nondevotee cannot.
(Srimad Bhagavatam-------7:8:12------purport).

For the intelligent person, it is essential to be in Kṛṣṇa consciousness, engaged in the transcendental loving service of the Lord, in order to achieve a permanent, blissful abode for eternal happiness. The process of achieving such a marvelous result is very easy and can be attempted even by the poorest of the poor, without any kind of qualification. The only qualification required in this connection is to be a pure devotee of the Lord. It does not matter what one is or where one is situated. The process is so easy that even a leaf or a little water or fruit can be offered to the Supreme Lord in genuine love and the Lord will be pleased to accept it. No one, therefore, can be barred from Kṛṣṇa consciousness, because it is so easy and universal. Who is such a fool that he does not want to be Kṛṣṇa conscious by this simple method and thus attain the highest perfectional life of eternity, bliss and knowledge? Kṛṣṇa wants only loving service and nothing more. Kṛṣṇa accepts even a little flower from His pure devotee.
(Bhagavad-Gita------9:26------purport). 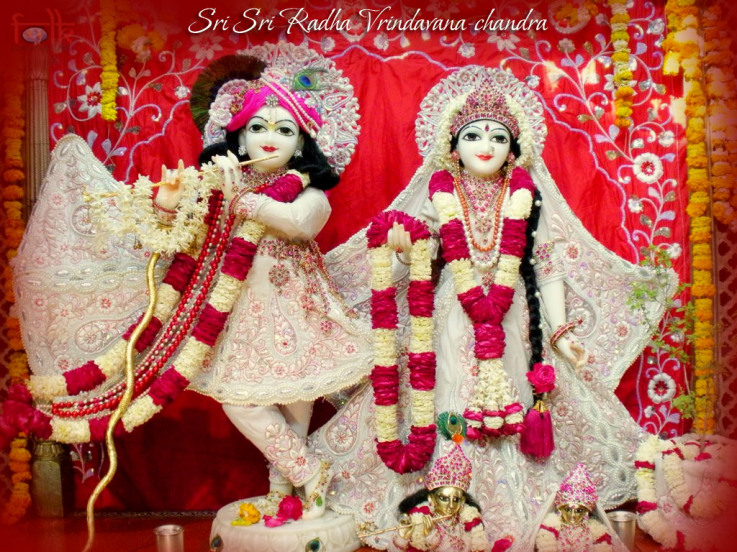 Tags: ‏, genuine, is, love, off, q, significance, the, what
Email me when people reply –
Follow