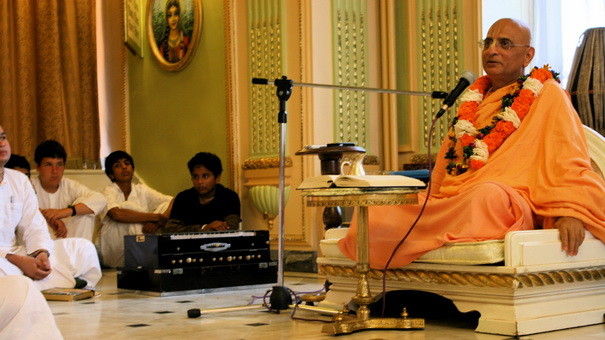 15th July : Gave Sunday Feast class in Zurich, Sitwerland ans spoke on Brihad Bhagavatamrita. In night there was a surprise birthday celebration to a devotee.

21st July : Guru Maharaja visited Spain. Guru Maharaja started, the first of its kind, teleconference classes on Srimad Bhagavatam for the devotees all over the world.

23 July : HH Bhakti Charu Swami visits The Hague. In the local temple of Den Haag, The Netherlands Guru Maharaja spoke about the new temple project there.

HH is coming Panihati Temple on 6th August 2012 and will come to Ujjain for the Janamstami.