Please accept my humble obeisances, all glories to Srila Prabhupada.
Can someone please kindly share a bonafide link or the complete pastime from an authentic quoted source of when Aristasura came into Vrindavan and the Gopis ran to cling to the Tamal trees, in remberance of Krsna at that fearful time.
Thankyou so much, Hari Krishna. 🙏🏼 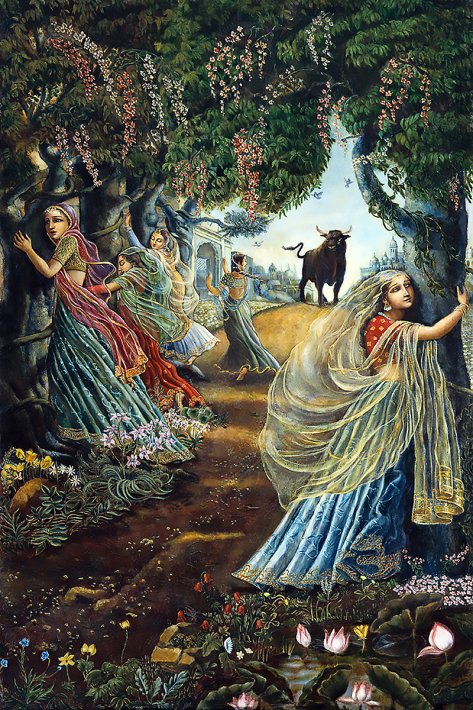