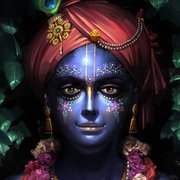 "PAMHO. Hare Krishna. To think that a man named Srila Prabhupada literally walked the entire globe to teach us love for God. Now the echo's of his transcendental deeds reflects in the Vaishnava community in the best of ways. This post is an ideal…"

"You guys were all great! These past few days have been troublesome for me in many ways and now I know that I can always count on Krishna to teach me any and everything and He was in all of your minds and fingers when you all responded those…"

I'm in need of help. I will ask bluntly but respectfully and I wish to offend no one with this question, especially Krsna. Hare Krsna. Was His Grace, A.C. Bhaktivedanta Srila Prabhupada murdered or poisoned?I found some disturbing audio in this…
See More
More…
Loading ...

When I was in Hermosillo, Sonora Mexico I was living with a girlfriend when a friend of mine introduced a book to me. He found this book when looking for money to steal from his mom's closet. This book excited him so much that he thought I should read it. So I did. I was surprised to find that every question I have ever had about God was answered in that book! The book was "La ciencia de la autorrealización" or "The Science of Self-Realization" by His Grace A.C. Bhaktivedanta Swami Prabhupada. I knew then and there that Krsna was the way. I have never known God like I currently do. People say he doesn't exist but I see Him everyday! One time I even think I saw Him literally in the cloudy sky. He wasn't a cloud or anything but more like an image. In Hermosillo, Sonora I was going through a rough patch and it was then during the hardest patch that I met DEVOTEES! My girlfriend brought them home because she knew that would make me happy and boy was she right! I cried when I saw them! I said "Hola" and he had a Gita in His hands and it was then after I saw the Gita when I started crying. He didn't sell the book to me like he was supposed to. He gave it to me as a gift and after staying the night for a few nights and leaving each morning to distribute books and I to work another devotee gave me His personal japa. The devotee that gifted me the japa further explained that His father gave it to Him. I still have both the Japa and the Bhagavad-Gita and I am almost done reading the full book. I have since then finished other of His Grace's books(Sri Prabhu) and am now on the road to full devotion. I know now after seeing the devotee's pleasureful eyes and how strong their devotion is I then realized that is true happiness and we can only find that with God, Sri Krsna!

I've only visited the Chandler, Arizona location a few times but it is somewhat far from where I live. I know no devotees. The times I have gone seeking a Guru maybe I was in the wrong mindset but only one person talked to me.

I am now on the path of self realization and have been since 2013. I have a girlfriend and dog named Lones, like, "pantaLONES". We are all Vaishnavi and yes, even the dog haha I read that if a Vaishnavi family has a dog then they must feed him or her as much prasadam as possible. Maybe in this dog's next life he will be human and be kind to people like we were to him. But he is the last dog we get because we are really looking forward to being full on Vaishnavi with only God on our mind.

I would love to offer my skills as a salesman. How will this prove an asset within this community? Distributing books! I know and realize that sales and this have nothing to do with each other in the aspect of making money but I also understand Vedic Scriptures so well and really believe I'm a great story teller. That allows me to open up people's minds and shine light on Krsna. Show them that He has always been there and they just need to remember. I would love to distribute His books because I know other may be able to see the gold in it if it was just presented with love. Also, I always felt like the chest in the caste system.