11
Question:- Sometimes we start chanting God's names praying for some self interest. And it so happens that it is not fulfilled. Then we either stop chanting or we loose the mood of chanting. How can we cope up with this kind of situation? Radhanath Swami: We must learn how to pray from the scriptures and from the great personalities. Jesus was happily praying on the cross. Have you ever been through such a situation as he had to go through? Srila Prabhupad was offering his prayers even after several heart attacks, even after whatever little he had was robbed at New York City. Prahlad Maharaja, as we read in the Srimad Bhagavatam, was praying even when he was being thrown in pits of snake, in blazing fire, and in oceans. So yes, we should learn from these great souls.
Bhakti is the science of unconditional love. We are enthusiastic for the sake of devotional service, not for the sake of getting our way, because God knows what is best for us. We shouldn't be like a spoiled child who just holds a tension when it doesn't get what it wants from the parents. The parents know what the child should have and what it shouldn't have, whereas the child may not understand what it needs. When you were a child, did you always understand why your parents did not give you something? It's very difficult. But we had faith that they knew what's best for us. Similarly, we should have faith that God knows what's best for us. He is our perfect parent. 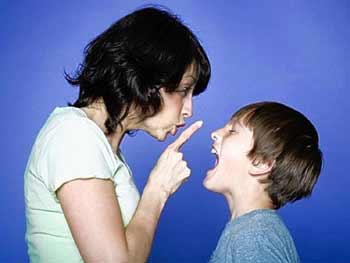 What is this faith? Faith is not just a superficial belief. Real faith is scientifically and philosophically substantiated by authorities, realized by others, realized by ourselves, and can be practically perceived and proven in our lives. Real faith in God can be established on a scientific, philosophical, and logical basis, whereas atheism can never hold ground on this basis. Faith comes by associating with people who have faith and engaging in activities that nourish faith. And when we have that faith, even when things are not going our way, we are equally enthusiastic. It really doesn't matter whether things go our way, what really matters is our integrity and our sincerity. A great person is one who maintains integrity and enthusiasm whether or not he/she gets what he/she wants. It's one thing to not get what we want. But it's harder when we get the exact opposite of what we want. Even in that case we should thank God and just go on. That's what gives us inner substance and strength. Even an athlete gets strong through the process of resistance. Yes, if you want to actually gain strength, the more the resistance, the more you can gain. When you lift weights, you are resisting the laws of gravity. The weight is pushing down and you are pushing up and then you become strong while dealing with the resistance. If you say, "It's too heavy, just forget it. I will lie down, eat potato chips and watch television," you will never become strong. Similarly, study is all about resistance. The mind wants to think about the girl next to you or something like that, but you have to just resist. "I have to just resist and focus on this mathematical equation." That's how you become intelligent, through resistance. So in spiritual life there is much resistance coming from both within and without, and through that we become powerful. We become empowered to the degree we are willing to face that resistance and grow with it