By Svaha Dasi and Rangavati Dasi

Lord Narasimhadeva appeared in the month of Purushottama to protect His dear devotee Sri Prahlad Maharaja and annihilate Hiranyakashipu because Hiranyakashipu had received the boon to not be killed in the twelve months of the year from Lord Brahma in his vain attempts to achieve immortality. In honor of this historic event, which occurred in the glorious month of Sri Purushottama, we wish to present our design for the pleasure of His Lordship and the devotees!

The TOVP is presenting the Gaudiya Vaisnava Siddhanta to the world specifically through the nomenclature inherent in the temple and the planetarium. The design, therefore, has to represent the correct siddhanta. By Srila Prabhupada’s grace and that of his disciples, we have learned that Mahaprabhu is the avatari and all other avataras emanate from Him. Therefore, all divine forms and dhamas exist eternally in Their original forms in Sridhama Mayapur. We are blessed to have the adi, or original form of Ugra Narasimhadeva in our temple. 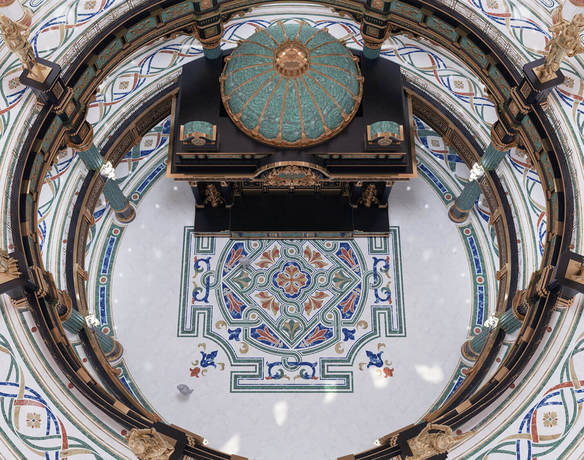 Our worship of Lord Narasimhadeva is in the mood of awe and reverence as in Vaikuntha and our design reflects the opulent mood of Vaikuntha. Although we cannot offer jewel-studded thrones for Their Lordships and Their associates, we can attempt to offer Them the opulence available on our earthly planet according to our means. What is more dear to Them is that we all come together in the mood of loving devotional service and offer our hearts and lives to Them.

We would like to highlight a few design elements. On the altar structure we have depicted the weapons of the Lord. Look closely and you will find the row of chakras and gadas alternating all along the perimeter of the altar and picked up again in the marble panels all around on the balcony, with bold lion faces on the face of the columns. Similar lion faces appear on the doors of the altar. Lord Narasimhadeva’s lila is depicted in the beautiful paintings on the walls on all levels so that we can meditate on His pastimes while waiting for His darshan. Garuda, Srimati Maha Laxmi devi, Lord Shiva, Lord Brahma, Nanda, Sunanda, Indra and Manu are seen offering their prayers facing the altar of Lord Narasimha.

We’re most grateful to be able to offer this small service within an extremely tight time frame and kudos to our design team, as well as the 3D artists, Srisha and Pawan Gopa prabhus who worked beyond their capacity of time and comfort to make this happen. We owe them a huge debt of our gratitude. Last but not least we would like to express our gratitude to our beloved chairman, His Grace Ambarisa prabhu, Co-Director His Grace Brajvilasa prabhu, His Grace Bhavananda prabhu, His Grace Sachin prabhu of Cushman Wakefield, Her Grace Vilasini mataji and His Grace Sadbhuja prabhu for their support and assistance. 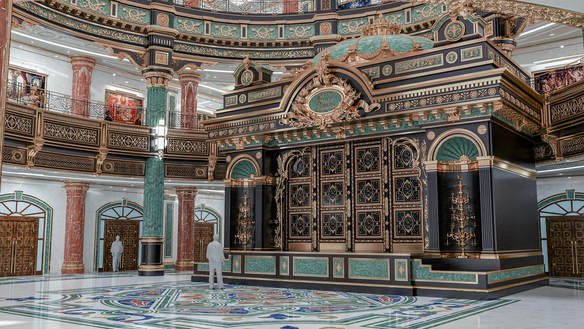 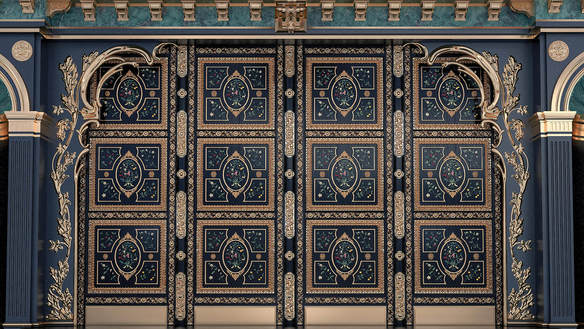