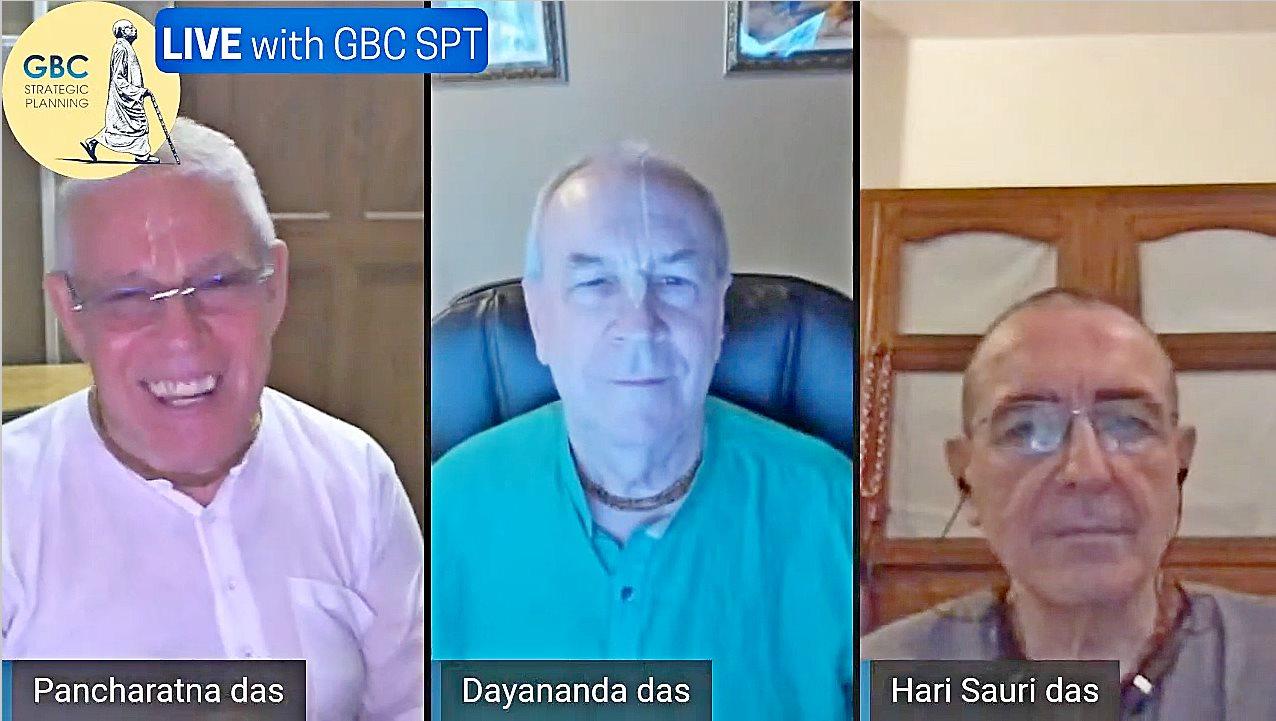 Hari-Sauri däsa was born in England on November 17th, 1950. In May 1971 he emigrated to Australia where, on the second day of arrival, he met the members of the newly-emerging Krishna consciousness movement. He was duly accepted as an initiated disciple by His Divine Grace A. C. Bhaktivedanta Swami Prabhupäda on April 9th, 1972 in Sydney.
In August of 1975 he moved to the newly-opened ISK¬CON Krishna-Balaram temple in Vrndävana, India, where he served as temple commander. In November of the same year, he joined Srila Prabhupäda’s personal entourage, remaining as His Divine Grace’s servant for sixteen months.
In March of 1977 Srila Prabhupäda appointed him ISKCON’s Governing Body Commissioner for Australia, New Zealand and Indonesia, a service he performed for over seven years. During that period he oversaw the growth of the ISKCON society in the South Seas from four temples and äsramas, to seventeen, including four farming communities, two schools and several restaurants. He was also instrumental in establishing branches of the Bhaktivedanta Book Trust in Australia and Indonesia.
In 1986 he began the work of transforming the diary he kept while traveling with Srila Prabhupäda into a multi-volume set entitled Transcendental Diary.
In 1990 he moved to America and worked as publisher for Back to Godhead magazine, the Krishna consciousness movement’s spiritual periodical, for a year.
In 1996 he became a resident of ISKCON’s world headquarters at Mayapur, WB India, with his wife Sitala däsi and daughter Rasaräni, where he continues to reside to the present day (2020). He is the current co-ordinator for exhibits for the Mayapur Temple of the Vedic Planetarium. He is also the Co-founder and Director of the Bhaktivedanta Research Centre in Kolkata.

He is the author of, among other books, Enjoyment and the Environment, which presents essential aspects of pan-Vaishnava culture—especially lila and nama—as solutions to current environmental problems. He argues both from the perspective of Vaishnava culture, which has a proven history of low environmental impact, and within the context of deep ecology and cultural ecology, which are two modern schools of thought.