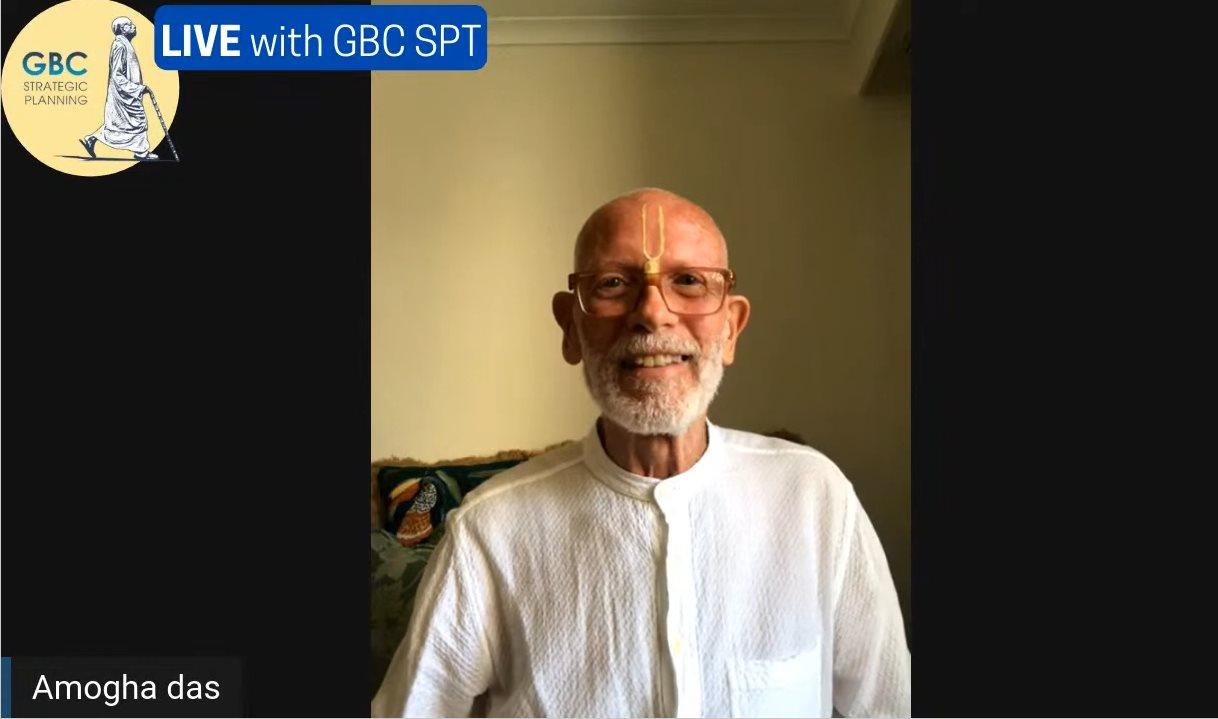 Let us meet and hear from one of Srila Prabhupada’s silent warrior who helped him spread Krishna consciousness fearlessly in Malaysia and Indonesia. Let us immerse in the mystery behind the untold history.

About Amogha Das
He was born in California and attended UCLA ( University of California Los Angeles) where he met the Hare Krsna devotees in 1969. After listening to lectures and joining in on various street kirtans, he decided to leave university and commit his life to Srila Prabhupada and ISKCON.
He took diksha initiation from Srila Prabhupada in 1970 and 1 year later received Brahman initiation from him in Malayasia.

The Temple President of L.A. at the time, Gargamuni das, asked him to join a fellow devotee going to Japan in a preaching mission. Srila Prabhupada came to Japan when he was there.
After staying in Japan, he was asked to go to Singapore then Malaysia. He travelled extensively in Malayasia with a few other brahmacharis preaching and distributing Srila Prabhupada’s books.
He also travelled around Southeast Asia, Indonesia, then on to Australia.

Srila Prabhupada wrote in a letter to him he needed good men in India. So his next journey was to India.

He served as the guest house manager in Vrindavan and distributed books.
After Vrindavan, he travelled to Mumbai and was asked by Prabhavishnu Swami to exchange services so he could travel and preach and he would take his place of temple Vice President.

His services took him back to Australia, and from early 2000’s, he spent a decade in Sri Mayapur dham. Now residing in the Gold Coast on the east coast of Australia.
The book Prabhupada in Malaysia (BBT Malaysia) is based on his diary from 1971.
He wrote the Preface for www.narasimhalila.com and made movies about Srila Prabhupada and Radha Gopinath in Sydney, and Mayapur Nrsimhadev. Search for “Amogha on Vimeo” to view them.