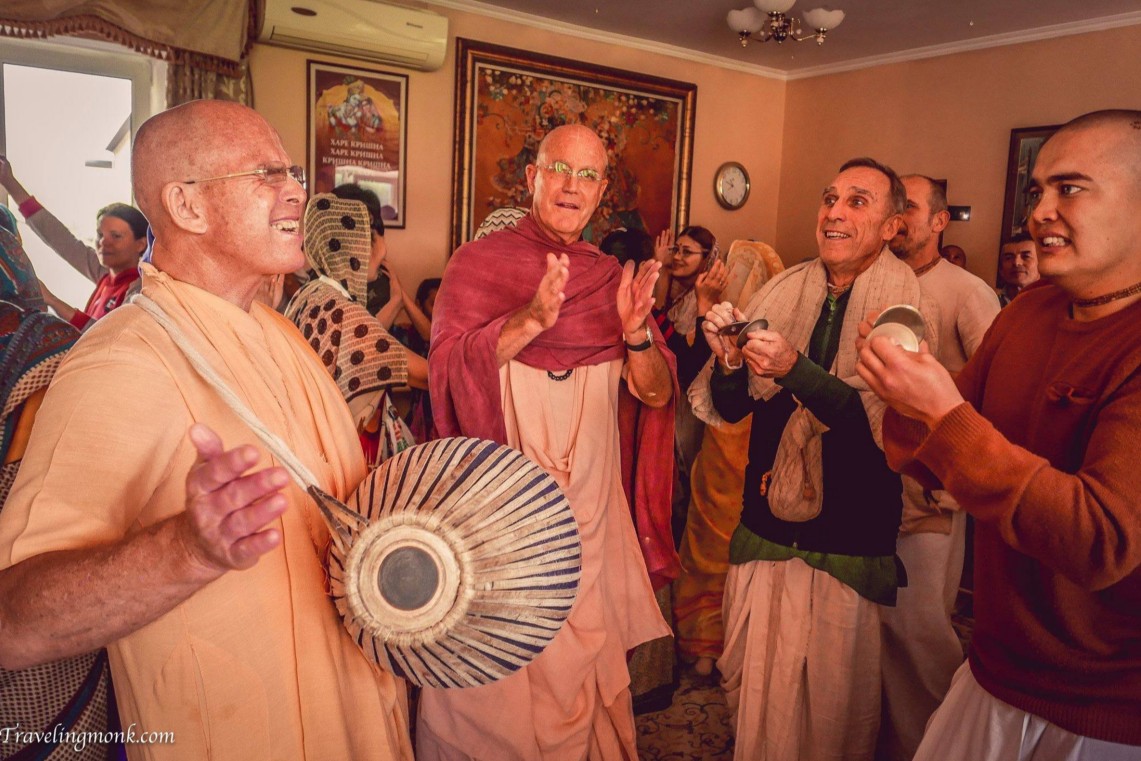 These are all the activities of sadhana-bhakti-yoga, it cleanses the heart from the conception that “I am the body” and it changes the spirit of possessiveness from “I want to possess things for myself, my enjoyment” to “I only want to possess Krishna”. And when we give ourselves to this process of hearing and chanting about Krishna, then the more we do it the more we want to do it, because we get the taste and there is nothing that’s more powerful than the taste. And when we get the taste for Krishna, we become like mad people.

So the more we will clear ourselves and dip ourselves into this process of sadhana-bhakti, which is the bhakti-lata-bija, then the more our greediness and our possessiveness for Krishna will grow. And when we’re possessive that we just can’t live without having Krishna, when we get to the point when we don’t want anything else in life, that we just want Krishna and nothing else, then that’s called pure devotion. And when our devotion becomes purified, and that type of devotion is burning inside of our hearts, then Lord Krishna He cannot resist that, and Lord Krishna gives His mercy. And His mercy is called “vishuddha-sattva”. It means His whole internal potency from the spiritual world, He just sends it down and it touches our hearts.

And the first thing that will happen is that no more material conception. The second thing that will happen is that we understand who we are. Once and for all we actually know who we are in there, inside. Just like now if I ask any of you, I say “Who are you?”, and You will say “I am Krishna das, I am Krishna’s servant”. And I’ll say “Well, that’s very good. Which servant of Krishna are you? What do you do? Where do you live?”, then we all go “Hmmm…. well I’m not there yet”. And that’s ok.

Srila Prabhupada said that the following example, say you have your Spanskiy train to Astana, as long as you stay in the train you’re going to arrive to Astana. See, so we’re doing the sadhana-bhakti-yoga, and now we have the general conception that I am Krishna’s servant, but if you stay on the train, stay in the process and keep cultivating the Krishna consciousness, then we will arrive. Krishna will give us mercy. And just in a flash everything will change.

After Srila Bhaktivinoda Thakur, he says something very interesting in his commentary on Siksastaka. He is talking about taking Krishna consciousness from the position of just the awakening of faith in Krishna to the position of Krishna-prema-bhakti. And he says that there are different stages of sadhana-bhakti and at certain point sadhana stops and then perfection begins. Sadhana means “practice” and siddhi means “perfection”. Like we have a saying in English, probably means the same in Russian also: “Practice makes perfect”.