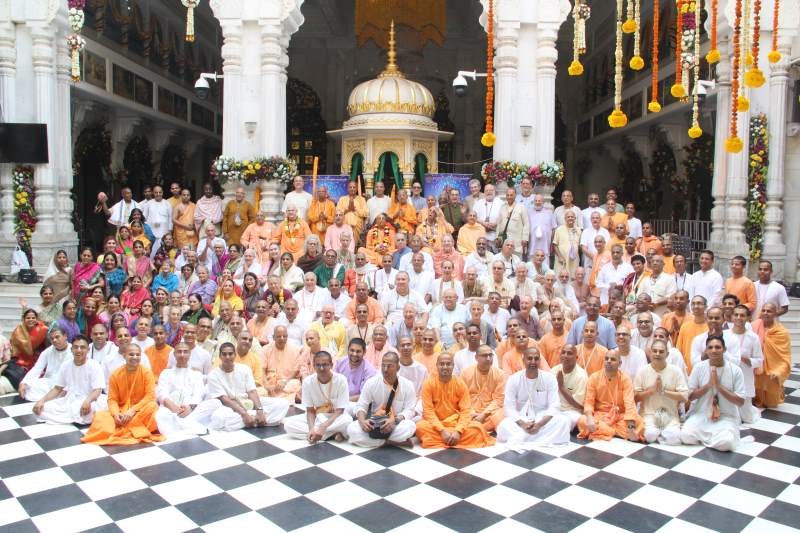 (To read them all: http://www.dandavats.com/wp-content/uploads6/GBCRES18.pdf)

Whereas Mahamaya-devi dasi (ACBSP) has expanded the approximate 3,900 names from the last version of the initiation name book that she typed in 1977 by compiling through research of Srila Prabhupada’s letters and initiation tapes as well as face-to-face meetings with devotees at festivals and at temples to the current number of approximately 4750 names;

Whereas the process of adding names involves thoroughly verifying that the devotee was indeed initiated by Srila Prabhupada (or his authorized representative) while he was personally present (ie. before November 14, 1977);

Whereas the process of verification involves consulting with the devotees who got initiated at the same fire sacrifice or who witnessed the ceremony; or using photos that show conclusively when and where the initiation was held;

Resolved:
That the Srila Prabhupada Disciple Database is an authorized GBC project with Mahamaya-devi dasi as the compiler. Access shall be shared with the GBC Secretariat.