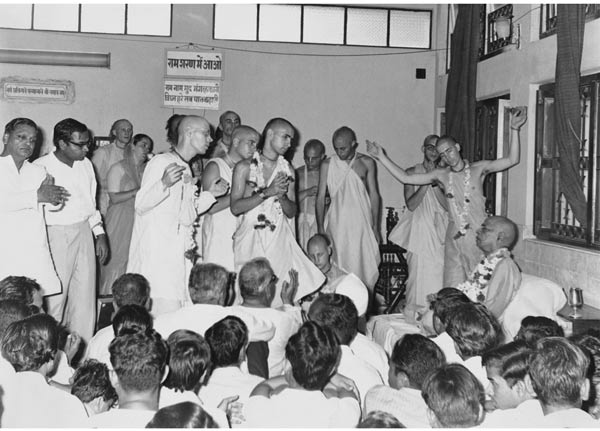 In May of 2006, a young man who had been born into a family of devotees, who had gone to and been abused at different ISKCON gurukulas in the 70’s and 80’s, committed suicide. A huge outpouring of emotion surged through the Vaishnava community, especially on the internet. On the Chakra website, in addressing abuse in ISKCON, someone wrote:

“How can somebody take disksha from Prabhupada, chant for many years, study the shastra for many years, and end up abusing their power like this? How can somebody who associated with Prabhupada personally so much, who was personally given sannyas by Prabhupada and who was glorified by Prabhupada, end up abusing his power so much? (I’m referring to ‘Kirtanananda Swami’ in particular.) How can I have faith anymore that Prabhupada was a pure devotee? I don’t want to offend anybody, but this is how I am really thinking and feeling right now. My faith in ISKCON is almost finished, and my faith in Prabhupada and Krishna is slipping.”

In a response, another devotee wrote:

“This is possible because contrary to mass opinion in ISKCON, Srila Prabhupada was not superhuman. Although he was amazingly accurate in assessing people’s character, he was not infallible. He was capable of making an error of judgment, of putting the wrong people in charge of our movement and in charge of our schools. The reason for this is the limitations inherent in the jiva soul – they include him not being omniscient, thus there is the possibility of him making a mistake. That freedom from error is in relation to the philosophy, as the liberated soul never changes it and thus presents it as it is – perfectly- and without error.”

The first devotee brings up some very important questions and honestly reveals having a crisis of faith. How could someone who had such close association with Srila Prabhupada falldown from his spiritual practices? How could someone who is chanting Hare Krishna regularly and following the practices of Krsna consciousness become an abusive person? I am sure we have all pondered these heart-wrenching questions at one time or another. There is an interesting word – iatrogenic. This term is defined as “induced inadvertently by a physician or surgeon or by medical treatment or diagnostic procedures.” It is used especially in relation to a complication of treatment. It is estimated that in the United States alone, 250,000 deaths per year are attributed to iatrogenic causes. That would put doctors and hospitals as the third leading cause of death in the US! So not everyone who goes to a doctor or a hospital walks out a perfectly cured person. Similarly, this Krsna consciousness movement is a hospital for the diseased souls of Kali-yuga. It is a very difficult job to become free from the diseased condition.

Certainly I don’t think anyone involved in ISKCON will disagree that there is much room for improvement. But let us not subsribe to the logic of “give the dog a bad name and hang it.” Because there have been many problems within ISKCON, some of an extremely serious nature, that does not mean that the whole purpose and mission of ISKCON has been a failure. As for Srila Prabhupada, to understand his words, actions and decisions, one must have a fairly deep understanding and appreciation for Vaishnava culture and philosophy and also the time and place in which Srila Prabhupada was preaching.