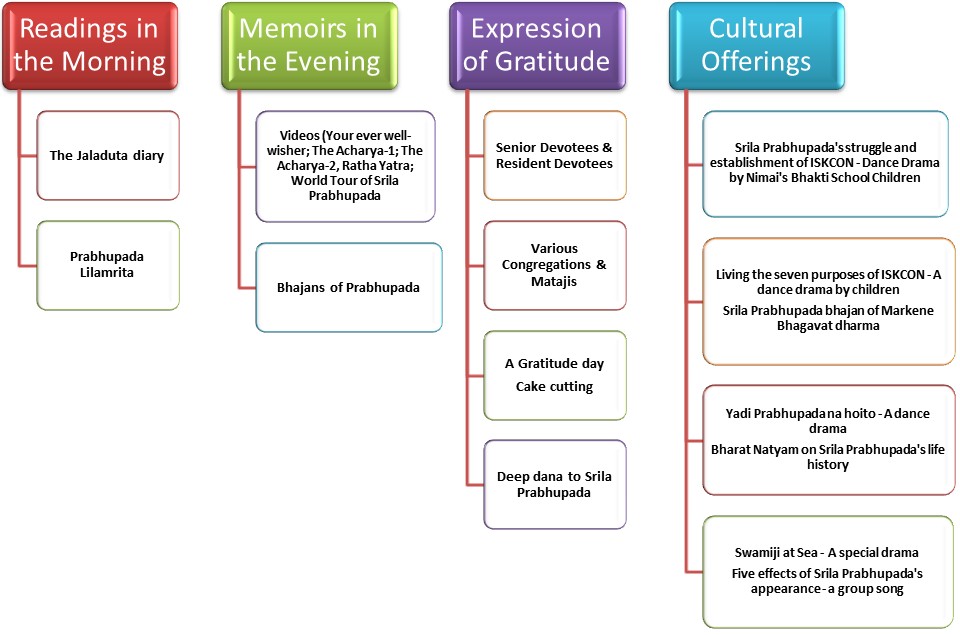 In a humble attempt to glorify Srila Prabhupada and the ISKCON movement on the occasion of the Golden Jubilee, ISKCON, Navi Mumbai with the auspicious blessings of HH Gopal Krishna Goswami Maharaja and encouraging direction of the temple President, HG Sura Das Prabhu celebrated a week long festival. The festival was graced by the keen presence of HH Amiya Vilas Swami Maharaja. Wholeheartedly detailing and serving under the guidance of the HG Vaishnavanghri Sevak Prabhu (the Director of Bhaktivedanta College of Vedic Education, Navi Mumbai), the devotees of Sri Sri Radha Madanmohanji celebrated a seven day long festival making the atmosphere spiritually surcharging.

Remembering the pre-eminent Acharya His Divine Grace A.C. Bhaktivedanta Swami Prabhupada, who signed off his communications with “your ever well-wisher”, and the movement he started, which is working under the direct supervision of Srila Rupa Goswami, the weeklong festival started on the day when Srila Prabhupada signed the deed in New York, USA i.e. on Monday, July 11, 2016 and culminated on July 17, 2016. The festival actually took a voyage of the memoirs of the 50 glorious years of ISKCON’s journey making all feel the real pride in sharing the joy of devotion.

The seven mornings were primarily filled with readings from the Jaladuta diary and Prabhupada Lilamrita. The festival commenced with the first morning discourse on “the voyage to the USA”. Subsequently each day reviewed the chronicles of Srila Prabhupada’s life and that of the movement. The second morning’s discourse glorified the importance of Srila Prabhupada’s commitment and endeavours to fulfill the two orders of his spiritual master, viz. preaching to the English speaking World and Printing books. The third morning’s discourse discussed the accounts of ISKCON’s incorporation. The fourth morning’s discourse elaborated about the memories of the starting of the Jagannath Ratha yatra. Glorifying the one of the munificent and widely reaching acts of Srila Prabhupada of touring the Globe 13 times, the fourth morning’s discourse actually helped to visualize the compassion of a pure devotee and hardships that he took for the benefit of the humanity. Srila Prabhupada’s vision to establish the World headquarters at Mayapur, a home for the whole world in Vrindavan and Mumbai as his office was visited on the fifth morning discourse. Additionally, laying the foundational principle, “books are the basis”, the establishment and services offered by the Bhaktivedanta Book Trust (BBT) were glorified. Standing on the foundation of “purity is the force” and having in the veins the principle that “preaching is the essence”, the seventh morning’s discourse talked about the recapitulated the life of Prabhupada from his childhood to delivering of innumerable souls in this material world. 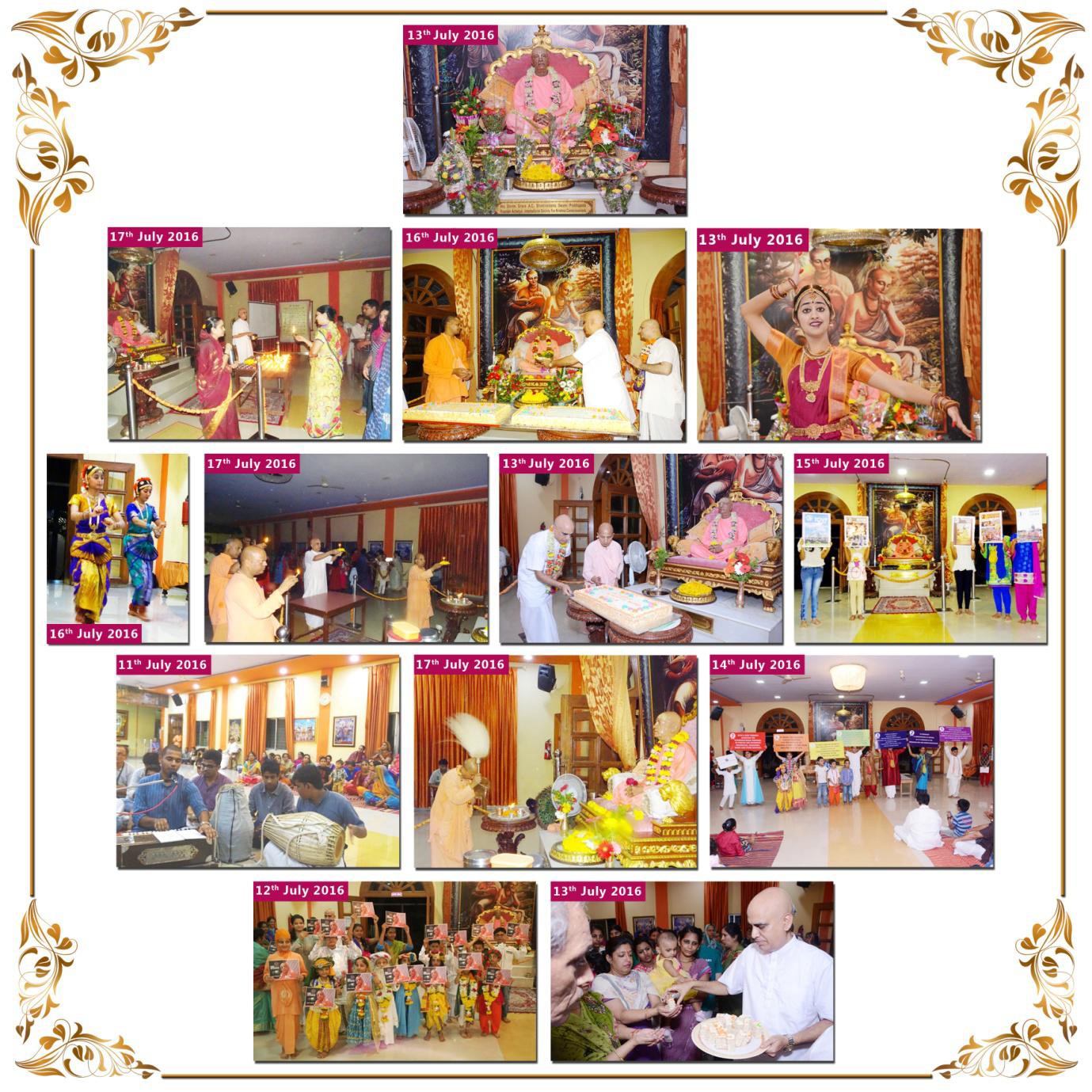 Glimpse of the celebrations

Sri Krishna Prasadam distribution was profusely distributed everyday. Each evening, after the program and kirtan, specially made “Love cookies” and full prasadam were distributed to all. A special attraction of the festival was the offering of two special cakes, one on the incorporation day – Golden Jubilee Cake and two Gratitude Day Cakes on the gratitude day with engraving “To our dear Srila Prabhupada with gratitude”.

All these celebrations were performed under the most auspicious blessings of their Lordships, Sri Sri Radha Madanmohanji and Sri Sri Gaura Nitai. We request all Maharajas, Vaishnavas and Vaishnavis to share this joyful article with everyone. Hare Krihna!