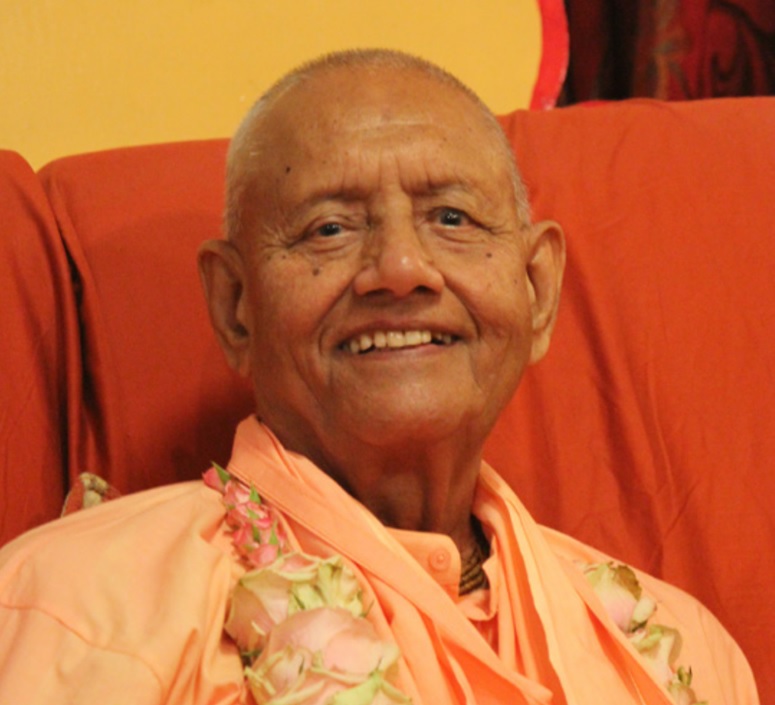 One day in late January, or perhaps early February, in 1973, a devotee named Caranaravindam das came into the main brahmacari room in the ISKCON temple at 7 Bury Place, London, and told us how he had just met an amazing devotee while he was preaching in East London, I think in an area named Forest Gate. The devotee was named Krishna das, and he was from India, and he did not know about the existence of ISKCON or Srila Prabhupada, but as soon as he saw our brahmacari he became extremely excited and inspired, and wanted to know where in London he could find our devotees and temple.

Not long after that, I think around July or August 1973, he left his family and his school teaching and moved into the temple. He was considerably older than the brahmacaris, being around 40 years of age, whereas the other asrama residents were from their late teens to about 25 or so at the oldest, but everyone was very impressed with his sincerity and dedication from the outset, and he was greatly respected by all. We had a queuing system for the shower in the brahmacari asrama, and there were about fifty of us, but he patiently waited his turn with the other, much younger men.

He became close to the Temple President, Vicitravirya das, and they would regularly go out and do programmes with Indian families around London. Vicitravirya would sometimes tell us how Krishna das would preach very strongly to these people, and insist they become life members and donors. I saw him in action during festivals at Bhaktivedanta Manor. He was literally like a transcendental lion, roaring at the people and powerfully arousing their sense of responsibility as people from Indian backgrounds. He glorified Srila Prabhupada very nicely, sometimes referring to him as the thirteenth Mahajana, and would tell the people that Prabhupada was the real representative of their culture and tradition.

In 1979 he went to the Mayapur festival with a group of us, led by Vicitravirya prabhu. Part of the mission was that he was going to visit his older family members in Punjab, where he had been born and spent his early life. They were deeply disturbed that he had left this family and joined ISKCON full time, and Krishna das was to meet them and try to make amends and pacify them. Vicitravirya went with him, and later told us that it had been a hair raising experience. The family had tried to force Krishna das to go back to his wife and children in London, but Krishna das would not hear of it at all. They then wanted to attack Krishna das, but somehow he and Vicitrivirya managed to escape.

This greatly impressed all of us. We were all from hippy type backgrounds, and leaving our families had been no problem for us, but here we saw someone from a completely different social environment, a cultured person who had been brought up as a devotee. And when he had been put under severe pressure to give up his dedication to Lord Krishna he had adamantly refused. He resolve in Krishna consciousness struck us deeply.

Time then separated us for some years, but in around 1986 or 1987 he started visiting South Africa, on the invitation of Giriraja Maharaja. The yatra there had just lost their GBC and zonal acarya guru, Bhagavan das, and it was a trying time. By now Krishna das was Krishna das Swami, having been formally given sannyasa by Sivarama Maharaja in the interim period. He preached in his characteristic powerful way, sometimes giving classes to Indian audiences until late at night. His influence helped stabilize the yatra after Bhagavan’s departure.

I remember one time he told a small group of us (it may have just been Giriraja Maharaja and me) how as a boy of about eleven, he had gone with a group of pilgrims to Sri Vrndavana-dhama. While walking through the town he saw Krishna appear to him, and became stunned, and remained in the same place for hours, becoming separated from his pilgrimage party. Later the party came looking for him, and found him, still anchored to the same place, unmoving.

He often lamented the degradation of modern day India, always fondly referring to it as “Bharat” which of course is the traditional name for the country. In the late 80’s, when a gentleman named V.P. Singh was Prime Minister of India, and was trying to update the country to become some sort of modern Westernized state, Krishna das Maharaja would sometimes rail against him in his public programmes, calling him “Chandal Singh”. In his heart, Maharaja wanted India to really become the Bharat of its ancient tradition, and knew that Krishna consciousness was the only thing that could help achieve that.

In the last few years I did not see Maharaja often, and I regret that very much. But he always continued preaching powerfully, and glorifying Srila Prabhupada as the savior of humanity. His contribution to Srila Prabhupada’s movement was outstanding, and I’m sure he is at his lotus feet right now. I pray I can join him there in due course.