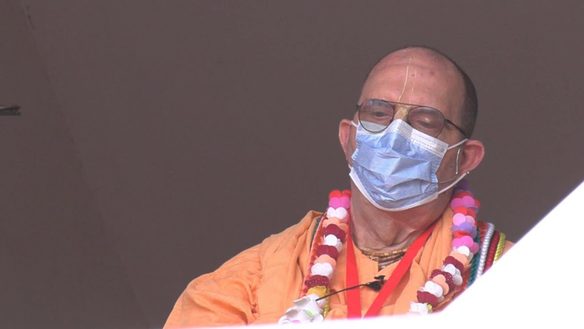 Srila Prabhupada says: The members of the International Society for Krsna Consciousness should go to India during the birthday ceremony of Lord Caitanya Mahaprabhu at Mayapur and perform sankirtana congregationally. This will attract the attention of all the important personalities in India, just as the beauty, bodily lustre, and sankirtana performance by the associates of Sri Caitanya Mahaprabhu attracted the attention of Maharaja Pratapaudra.
( Srila Prabhupada on Mayapur)
From today, free festival prasad for devotees has started. Today’s lunch prasada seva is sponsored by Vaidehi Mutyala Mataji.
Today is also the Adivas ceremony of Kirtan Mela which begins from 12th March to 16th March.
Slots for Prasada Seva is still available. Please visit here for more details and sponsorship!
Sri Mayapur dham ki jai! 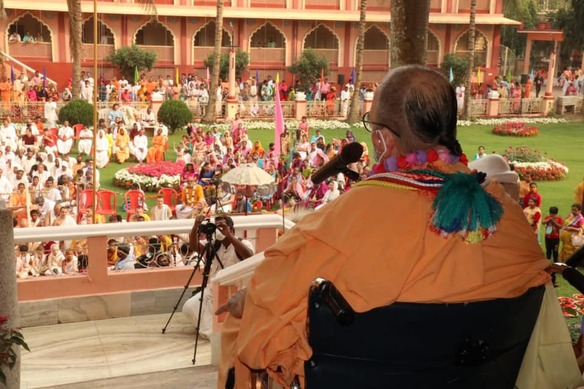