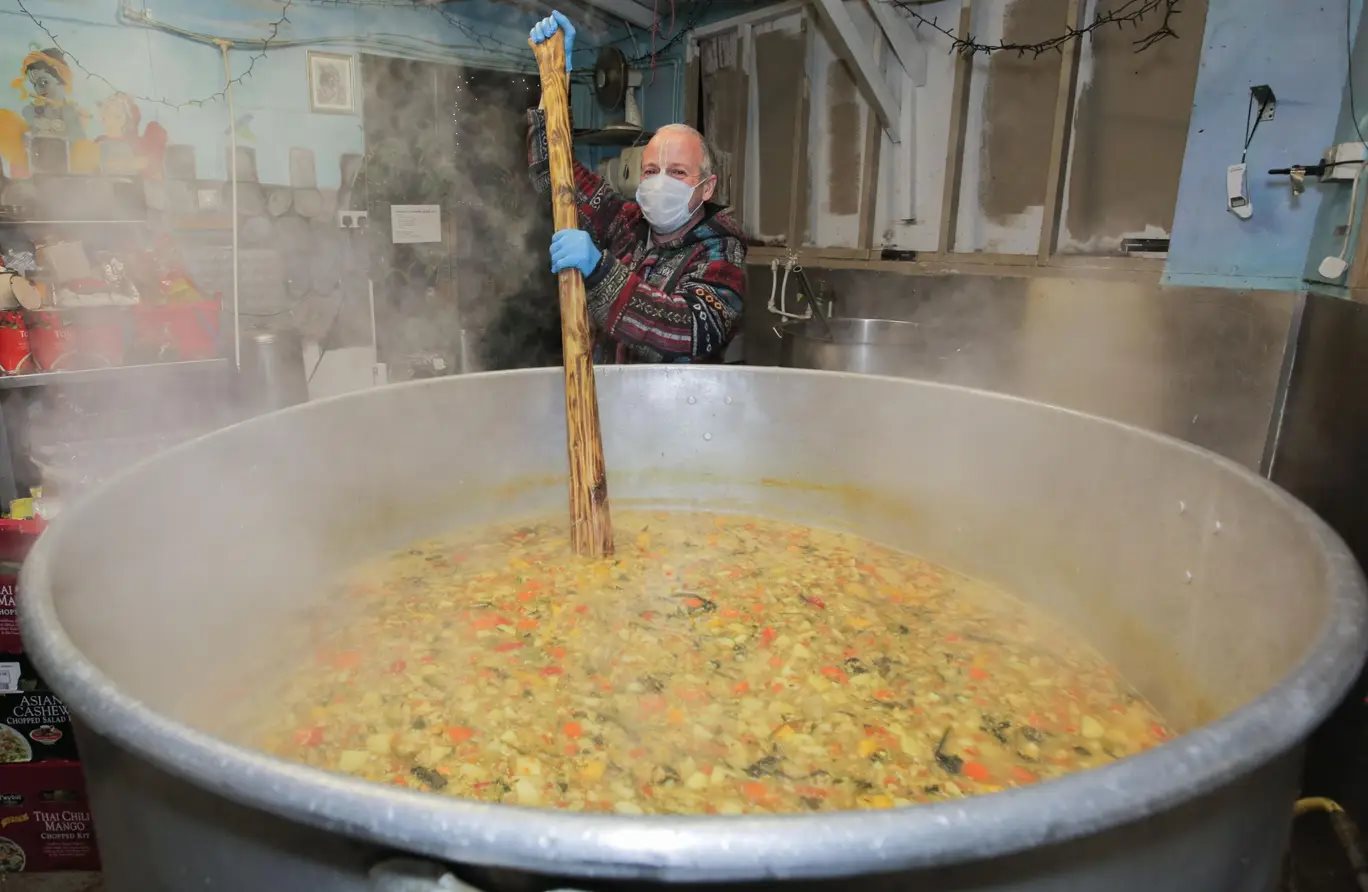 More than 40 food distribution hubs have been established in 31 boroughs as the extraordinary humanitarian effort to get food to more than 150,000 vulnerable Londoners gets under way.

The hubs are being supplied daily with truck-loads of fresh produce by the capital’s three largest surplus food distribution charities, including The Felix Project, the Evening Standard’s Food For London Now campaign partner, alongside FareShare and City Harvest.

The hubs include the Sobell Leisure Centre in Islington, a museum in Barnet, and the Tottenham Hotspur Stadium in Haringey.

As donations to our appeal for The Felix Project rose to £920,000, including £38,000 from more than 500 members of the public, a fleet of 22 bright green Felix vans began ferrying 20 tonnes of food to three of the community hubs — Barnet, Haringey and Enfield — as well as 61 charities and schools across London.

Among them was Food For All in Holborn where, in an impressive culinary feat, 2,000 portions of vegan curry were cooked in a giant aluminium pot, large enough for five adults to stand in, and delivered to the Spurs Stadium and homeless shelters in King’s Cross, Camden and Kentish Town.

The charity’s founder, Peter O’Grady, 56, said the pot was the “biggest in the western world” and that he had bought it at a factory in Agra next to the Taj Mahal. “You can put five of us in it and sail down the Thames,” he laughed.

The massive operation starts at 4.30am every morning when kitchen manager Sofia, 37, turns on the gas hobs.

“We have a team of volunteers who have peeled and chopped 200 kilos of potatoes and 100 kilos of carrots the night before and they get added in first,” she said.

Mr O’Grady arrives between 6am and 7am and starts to work his magic, adding dahl, a wheelie bin of cabbage and another of cauliflower and spinach. Finally he throws in tomatoes, turmeric, ginger and cumin.

By 9am it is ready to serve and so begins the massive operation of decanting the piping hot contents into 2,000 Tupperware-size portions and shipping them out.

“I have been doing this mass cooking since 1989,” said Mr O’Grady. “I have cooked for Glastonbury and Extinction Rebellion and now I am doing it in response to Covid-19.

“The food comes from The Felix Project and FareShare and the ingredients we use are carefully chosen to boost your immune system — it’s probably the healthiest meal you could eat.”

As he finished cooking, a Felix van drove up with another 350 kilograms of fresh fruit and vegetables, and another unloaded four tonnes of food at the Barnet hub.

A Barnet council spokesman said their hub was gearing up to support 4,000 vulnerable residents, one per cent of the borough’s population. “We will also support anyone who requests urgent help and those put forward for help by family, friends, neighbours, or community groups,” he said.

Dan Thomas, the leader of Barnet council, called for volunteers to help the effort.

Chairman Peter Sherratt said: “We are starting to scale up our assistance to vulnerable children and are thrilled to support the Food For London Now appeal and The Felix Project.”