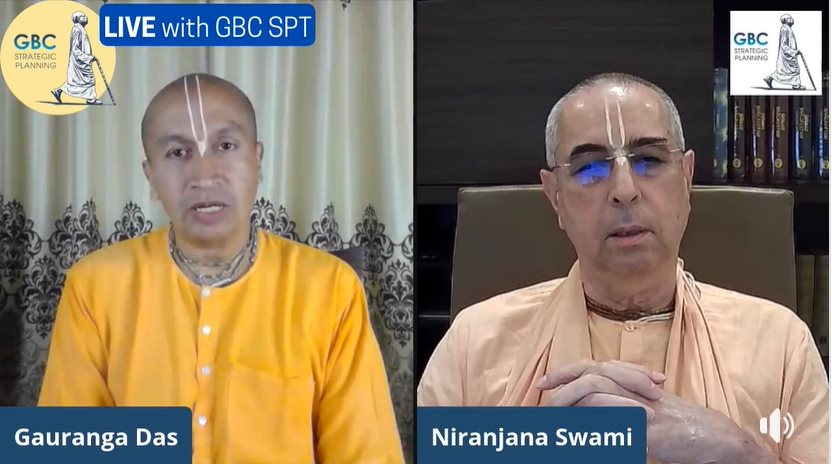 The Global Devotee Care Directorate invites everyone to their weekly webinars focused on Vaishnava Seva and Devotee Care, an effort that emphasizes the culture of devotee care in our ISKCON temples and communities. We are pleased to announce this week’s discussion was led by HH Niranjana Swami Maharaj, who is the force behind one of the world’s largest thriving communities of devotees in Ukraine.

His Holiness Niranjana Swami was born on December 10, 1952, in Lowell, Massachusetts, USA. In 1972, his spiritual search took a turning point when he saw a Bhagavad-Gita As It Is, on the counter of a bookshop in Washington, DC. After completing his study of the “Gita”, he continued his research of Gaudiya Vaishnava philosophy by purchasing and reading several other publications from the same author, His Divine Grace A.C. Bhaktivedanta Swami Prabhupada.