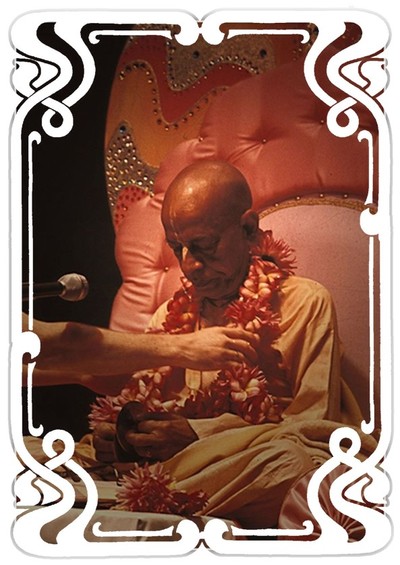 As a teenager coming of age in the 1960s, I was preoccupied with spirituality. I had become disinterested in the mainstream religion of my forbears, and I was passionately looking for a path that spoke directly to me as an individual.

I didn’t want some amorphous, otherworldly transcendence, either — this I knew for certain. Nor did I want mere political activism, which many in my day tied to spirituality in a rather tepid, tenuous way. Instead, I wanted something that truly nurtured my inner world while serving a purpose in the outer one. I wanted an “Engaged Spirituality” that would address the concerns of the day as well as my own personal concerns at the same time.

Enter Bhakti-yoga. In this clear, easy-to-access system of knowledge, ancient Indic texts reveal a path that has at its basis the principle of yukta-vairagya. In a nutshell, yukta-vairagya is simply this: As opposed to forms of yoga that emphasize renunciation and otherworldliness, Bhakti-yoga stresses the importance of using the accoutrements of this world in a spiritual way. It is not renunciation of action but rather renunciation in action. Everything in the world has a specific purpose, and, when used in that appropriate way, takes on a spiritual quality, making the world a better place and spiritualizing all involved. This is yukta-vairagya, the main principle in Bhakti-yoga.

This was particularly meaningful in my youth, during the antiwar protests of the late ’60s, for example. His Divine Grace A.C. Bhaktivedanta Swami Prabhupada, my spiritual mentor, was keenly aware of this, and he knew, having brought Bhakti-yoga to western shores just several years earlier, that it would have special relevance for the youth of my day. His “Peace Formula” was an entirely new approach to the antiwar question, and for millions, it provided the perfect solution to an escalating problem that continues to affect us all. And it was based squarely on the principles of Bhakti-yoga.

Prabhupada quickly engaged his disciples in mimeographing thousands of pamphlets with his “peace formula” philosophy, and he distributed them worldwide. Here is what he had to say:

“The great mistake of modern civilization is to encroach upon others’ property as though it were one’s own and to thereby create an unnecessary disturbance of the laws of nature. These laws are very strong. No living entity can violate them. Only one who is Krishna conscious can easily overcome the stringency of the laws of nature and thus become happy and peaceful in the world.

“As a state is protected by the department of law and order, so the state of Universe, of which this earth is only an insignificant fragment, is protected by the laws of nature. This material nature is one of the different potencies of God, who is the ultimate proprietor of everything that be. This earth is, therefore, the property of God, but we, the living entities, especially the so-called civilized human beings, are claiming God’s property as our own, under both an individual and collective false conception. If you want peace, you have to remove this false conception from your mind and from the world. This false claim of proprietorship by the human race on earth is partly or wholly the cause of all disturbances of peace on earth.

“Foolish and so-called civilized men are claiming proprietary rights on the property of God because they have now become godless. You cannot be happy and peaceful in a godless society. In the Bhagavad-gita Lord Krishna says that He is the factual enjoyer of all activities of the living entities, that He is the Supreme Lord of all universes, and that He is the well-wishing friend of all beings. When the people of the world know this as the formula for peace, it is then and there that peace will prevail.

“Therefore, if you want peace at all, you will have to change your consciousness into Krishna consciousness, both individually and collectively, by the simple process of chanting the holy name of God. This is a standard and recognized process for achieving peace in the world. We therefore recommend that everyone become Krishna conscious by chanting:

“This is practical, simple, and sublime. Four hundred and eighty years ago this formula was introduced in India by Lord Sri Chaitanya, and now it is available in your country. Take to this simple process of chanting as above mentioned, realize your factual position by reading the Bhagavad-gita As It Is, and reestablish your lost relationship with Krishna, God. Peace and prosperity will be the immediate worldwide result.”

Prabhupada did not mean to be simplistic. He knew that his audience, for the most part, didn’t know about Lord Chaitanya, the father of sacred chanting as a yogic science, who appeared in Bengal, India, 500 years earlier. And he knew that most of them had not read the Bhagavad-gita. But his “Peace Formula,” he hoped, would inspire them to move in that direction -– to learn more about Sri Chaitanya and the deep teachings of the Gita.

He was also aware that the struggle for peace was multidimensional, and that, if peace were to be achieved, it would take determined effort in many areas, involving environmental, economic, and political concerns. Indeed, he wrote about all of these things extensively. But at the heart of all our woes, he taught, is spiritual bankruptcy. And so he chose to emphasize a peace formula that addresses this fundamental problem above all others. As I see it, if we could gather together in kirtan, sacred chanting, as he describes above, fighting on both large and small scale will become a thing of the past and we will then be well on our way to spirituality and peace.