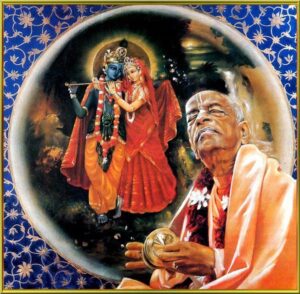 Prabhupada didn’t answer right away. He closed his eyes for two or three seconds as if he were searching for the answer, and then he smiled and said, “That is very nice. Yes, it will have the same effect.”