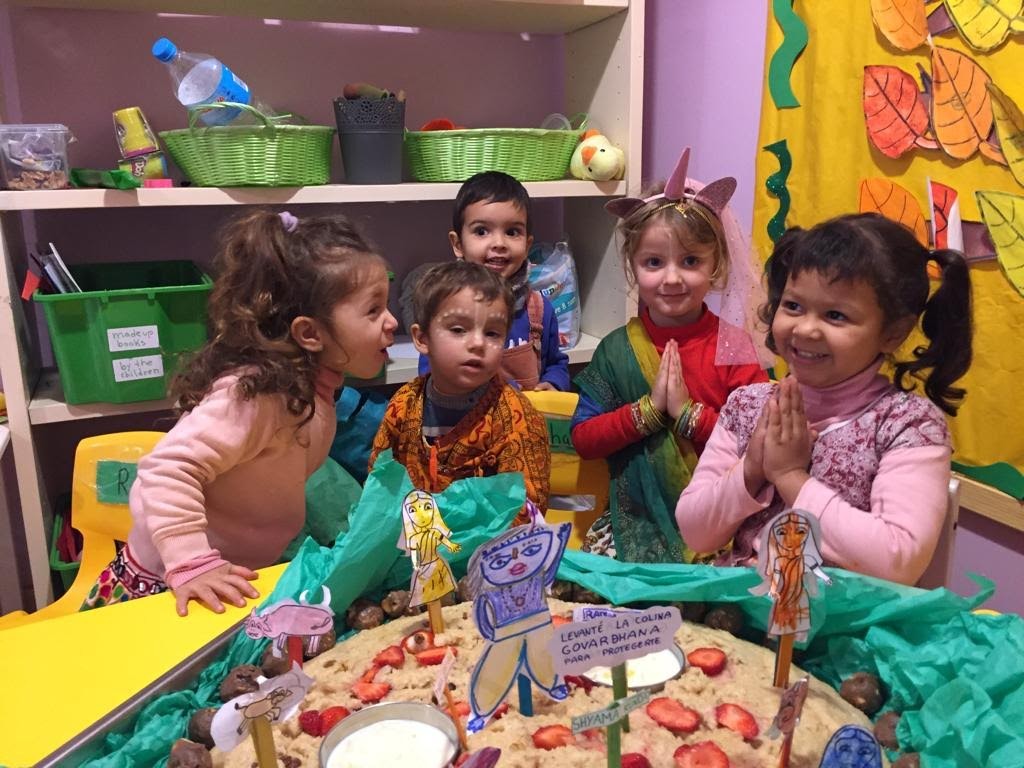 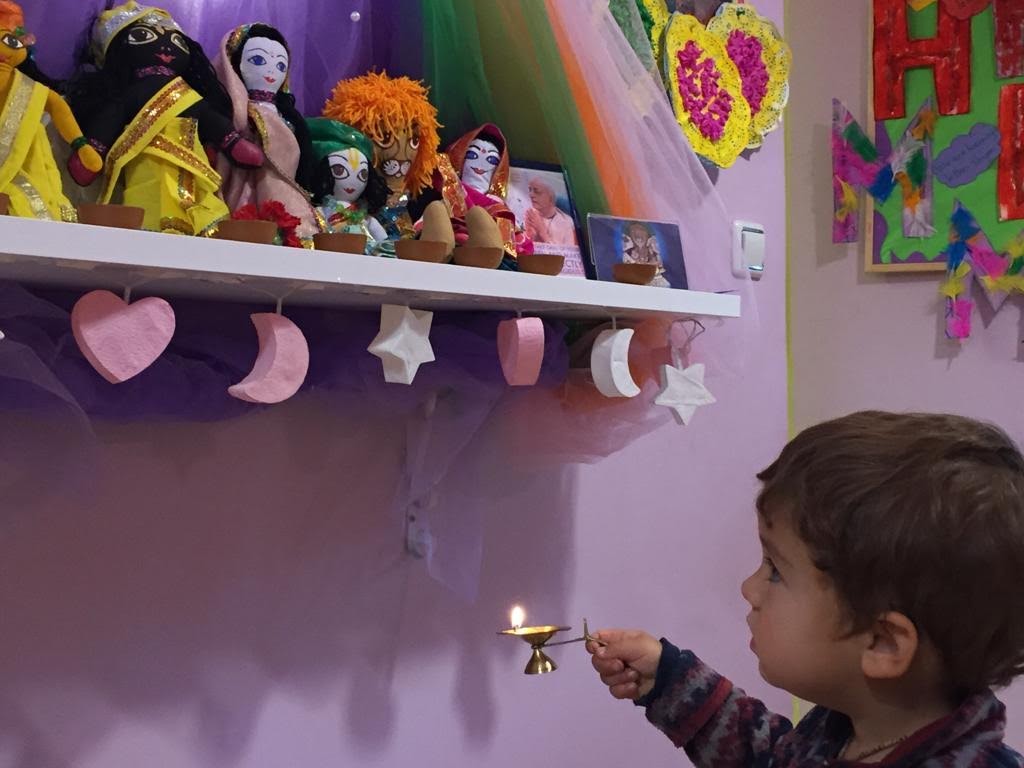 McCeery (2005) mentions that teacher’s religious beliefs and history have a big impact in the way they teach at schools. The author explains that teachers seek to respect the religion of their students; but also they seek for their students to question their own faith; especially when the faith of the students has main differences with the faith of the teachers. Naturally teachers that do not hold vaisnava religion and have little knowledge about it will question the vaisnava religious practices of their students. This tendency could result in children questioning their own vaisnava religious practices and their own relationship with Lord Krishna. Secular teachers unconsciously could spread doubts about the Lord and the vaisnava doctrines to their students and this could result in students¨ lack of motivation in learning about the Lord and worshiping His deity in the temple.

It is essential for the teacher to transmit by his/her instructions and behaviours the spiritual benefits that religious practices such as: worshiping the Deity, praying to the Lord, congregational singing (kirtan); and meditating in the Lord and His different forms; could bring in the awaking of Krishna Consciousness.

James and Miller (2017) tested the effects that religion has in the mental health of teens. The authors measured the effects of religion by measuring the spirituality of 434 teens. James and Miller (2017) found that teens that hold a religious belief system were less likely to show depressive features. The researchers explain that to belong to a religious organization was not enough for a teen to be spiritual; h/she needed to understand the purpose of life to be protected from poor mental health. Vaisnava teachers need to explain devotee students that the purpose of life is to develop a loving relationship with the Supreme Personality of Godhead Krishna. By doing this they will educate students at the spiritual level; since people are flesh and soul, the spiritual dimension of a person needs to be also nurtured at school.

It is the duty of a vaisnava teacher to prepare his/her students for the burdens that they might confront in their lives. This means to help them develop skills that will allow them to be successful at work level; but also at the spiritual-personal level. People during their lives confront radical situations, like lost and death. Students also need to be prepared to endure, with integrity, painful situations. To know about moral values does not help a person to control his/her mind and feelings. It is only through a nurturing relationship with the Supreme Personality of Godhead Krishna that a person can face the hardest moments in live showing equanimity.

In Little Avanti Santa Clara we have adopted the philosophy of Avanti Schools in England, spread by his Grace Bhaktivedanta Swami Srila Prabhupada funded in the teachings of Lord Krishna and Lord Chaitanya Mahaprabhu. Our main goal is for children to develop a personal relationship with the Supreme Personality of Godhead, Lord Krishna, by teaching about His pastimes and the pastimes of His different forms; practicing congregational singing (kirtan); chanting the Holy Name; and worshiping the Deity of the Lord.

Both the British Curriculum and the Vaisnava Curriculum are taught by using songs and stories. Our classroom library has diverse types of books according to the particular interest of little children; but it also holds diverse books for children about the pastimes of the Lord Krishna, His different forms, His deities and His devotees.

Devotee parents need to be aware of the big impact that secular teachers have in the religious education and spiritual development of their children. Neither a course of moral values or positive education can bring a permanent feeling of happiness or prepare children and teens for lost and grief that they might face at certain time in their lives. It is only through a loving personal relationship with Lord Krishna that a persona can face the hardest moment of life with integrity.

If you would like to contact the author and learn more about Little Avanti Santa Clara you can write to cuadrosmsl@hotmail.com or contact the principal of the school Caitania Candra Prabhu at littleavantisantaclara@gmail.com

James, A. and Miller B. (2017) Revisiting Mahoney´s “My body is a temple…”study: spirituality as a mediator of the religion-health interaction among adolescents. International Journal of Children´s Spirituality 22: pp 134-153

Paechter,C.(1999) Issues in the study of curriculum in the context of lifelong learning. Paper presented at the British Educational Research Association Annual Conference, University of Sussex at Brighton, September 2-5 1999