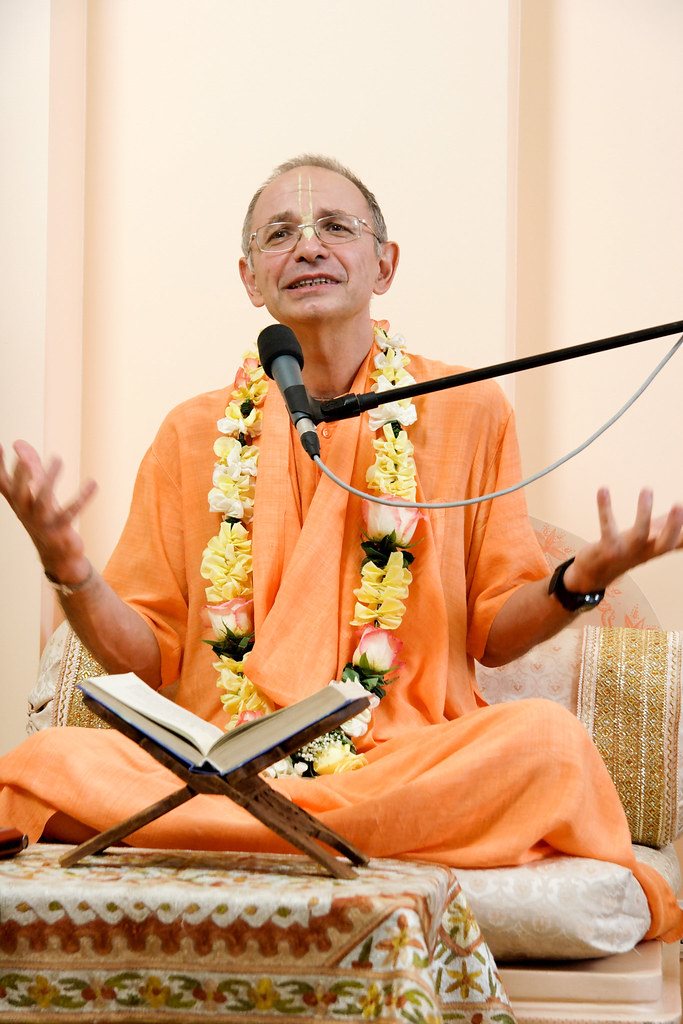 Let us hear from HH Bhakti Vijnana Goswami as he reaffirms the purpose#1 of ISKCON (To systematically propagate spiritual knowledge to society at large and to educate all people in the techniques of spiritual life in order to check the imbalance of values in life and to achieve real unity and peace in the world)
About Bhakti Vijnana Goswami.

Bhakti Vijnana Goswami was born in Tashkent, former Soviet Union. He took to spiritual life in 1980, during a difficult time during the communist era in the former Soviet Union, when the National Security forces were harassing any type of spiritual practitioner. Despite these obstacles, Bhakti Vijnana Goswami – a scientist, a Moscow State University graduate and postgraduate student at Institute of Molecular Biology – decided to experiment with the Hare Krishna mantra. To his great happiness, it moved him profoundly. He is a disciple of Radhanath Swami and resides primarily in Moscow, Russia, working tirelessly towards the building of a monumental temple there. He travels widely throughout Russia sharing Krishna Consciousness.
Since 1997 Bhakti Vijnana Goswami has acted as a member of ISKCON’s Governing Body Commission and since 2005 has served as one of the initiating gurus of ISKCON. His zonal responsibilities include Georgia (CIS) and Israel. He serves as co-zonal secretary for Eastern and Western Siberia, Northwest CIS, Ural Region, Moscow, Southern, Central Region, CIS, Golden Ring, Armenia, Far East and also co-GBC for North and South Korea.
On July 1, 2010 the Council for Public Awards of the Russian Federation awarded Bhakti Vijnana Goswami a medal “for professional and business reputation” third degree, “for his contribution in strengthening Russian-Indian friendly relations, and for his contribution to the popularization of the spiritual-cultural literary heritage of India.”