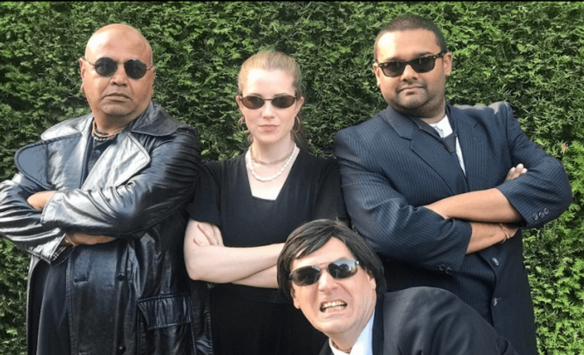 The Manor’s resident drama group, the Bhaktivedanta Players, put on a rather profound new play in the recently refurbished Victorian-style theatre auditorium.

It was essentially a spoof of the Hollywood 1999 blockbuster ‘The Matrix’, delivering a Krishna conscious angle on points explored in conversations between the main character and the mystical teacher ‘Morphus’.

“The play was originally conceived to be part of an outreach event, such as something organised by the UK Festival Team,” explained Players’ director Jaya Krishna das. “It was called ‘The Maya Tricks’. We decided to premier it at the Manor and we received very encouraging feedback!”

Tags: the matrix, bhaktivedanta manor
E-mail me when people leave their comments –
Follow