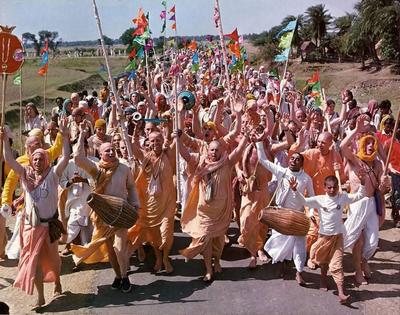 (Adopted from the student handbook of Devotee Care Course)

“These are the instruction in the Bhagavad-gita, everything [is] practical. If we follow Bhagavad-gita from all angles of vision—social, political, economic, religious, cultural—you will be perfect. This is Bhagavad-gita. We are therefore taken up this
mission, to preach Bhagavad-gita as it is to solve all the problems of the world.” (Srila Prabhupada Lecture, BG 2.11, Johannesburg, 17/10/1975)

“Rules regarding the self are of two types – those for body and those for mind…If a person doesn’t follow the mental rules, his power of realization, concentration, imagination, contemplation and judgement will be weak and will not properly function…
Moreover, one will not be able to take the mind from material thoughts and direct it to thoughts of God. As a result, the mind will be dominated by sinful thoughts and atheistic attitude, finally, and will become no better than beast. Therefore these
bodily and mental rules are very necessary for success in human life.” (Sri Caitanya Siksastakam, Chapter 2, Part 1)

“In the Chanakya-shloka, the moral instructions of Chanakya Pandit, it is said that if a husband and wife are always satisfied with one another, then the goddess of fortune automatically comes. In other words, where there is no disagreement between husband
and wife, all material opulence is present, and good children are born.” (SB 4.1.6 purport)

“As stated in Bhagavad-gita, sex life which is not against religious principles is Krishna Himself.” (SB 4.22.53 pur)

“Taking care of the children is just as important as doing Deity worship. One service is not more important than another.”  (SP Letter to Arundhati dd, dated?)

“Human life is meant for cultivation of spiritual knowledge, in eternal relationship with the Supreme Personality of Godhead, and the executive heads of all states and all planets are obliged to impart this lesson to the citizens
by education, culture and devotion.” (BG 4.1 pur)

“…the king has to see that everyone is employed. Not that hundreds of people are unemployed, and government has to give welfare, subsidy. Not like that. The king’s duty is that everyone is independently earning his livelihood.” (SP Lecture, Los Angeles,
27/05/1972, SB 7.5.22-34)

“It is said that there was a king, he was giving shelter to all the brahmanas. He had a guest house…so any brahmana can stay there”.

“Pay attention to the state of the kingdom. Old and ramshackle surroundings are a sign of disregard. Renovate to win good opinion.” (Bhishmadeva)

“Sivananda Sena arranged for the journey. He maintained everyone and provided residential quarters.” (CC Antya 1.16)

“The whole city was full of residential homes, assembly houses and temples, all of different architectural beauty. All of this made Dvaraka a glowing city. The big avenues, crossings, lanes and streets, and also the thresholds of every residential house,
were very clean.” (SB 10.69.1-6 pur)

“Every year one month before caturmasya (four month period of the rainy season) Sivananda Sena would lead a party of two hundred devotees from Bengal to Jagannatha Puri to attend the annual Ratha-Yatra festival. He would pay for everyone’s food, tolls,
ferries, and lodging.” (The Gaudiya Vaishnava Samadhis in Vrindavana, by Mahanidhi Swami)

“He who is regulated in his habits of eating, sleeping, recreation and work can mitigate all material pains by practicing the yoga system.” (BG 6.17)

He sent his servant to buy a pair of sandals. When the new sandals were presented to Shrila Prabhupada he accepted them graciously, but later told me, “I cannot wear these. They are made of leather.” (Shrutakirti Das, in ‘Srila Prabhupada Uvaca’, #126)

“In Bombay, Prabhupada had cultivated more lawyers and businessmen as life members and earned more friends of his Society than in any other city in India. So whenever he was in Bombay, he often sought legal advice, not just about the Bombay centre but
also about his other affairs in India.” (SP Lilamrita, Volume 5, p. 44)

“People should not expect that even in the Krishna Consciousness Society there will be Utopia. Because devotees are persons, therefore there will always be some lacking—but the difference is that …they have given up everything to serve Krishna.” (SP Letter
to Atreya Rishi, Bombay, 04/02/1972)

“Whatever you do, you do it by joint consultation…Of course, as individuals, we have sometimes disagreements, but that should be adjusted keeping our central attention to Krishna.” (SP Letter to Dayala Nitai, Hawaii, 23/03/1969)