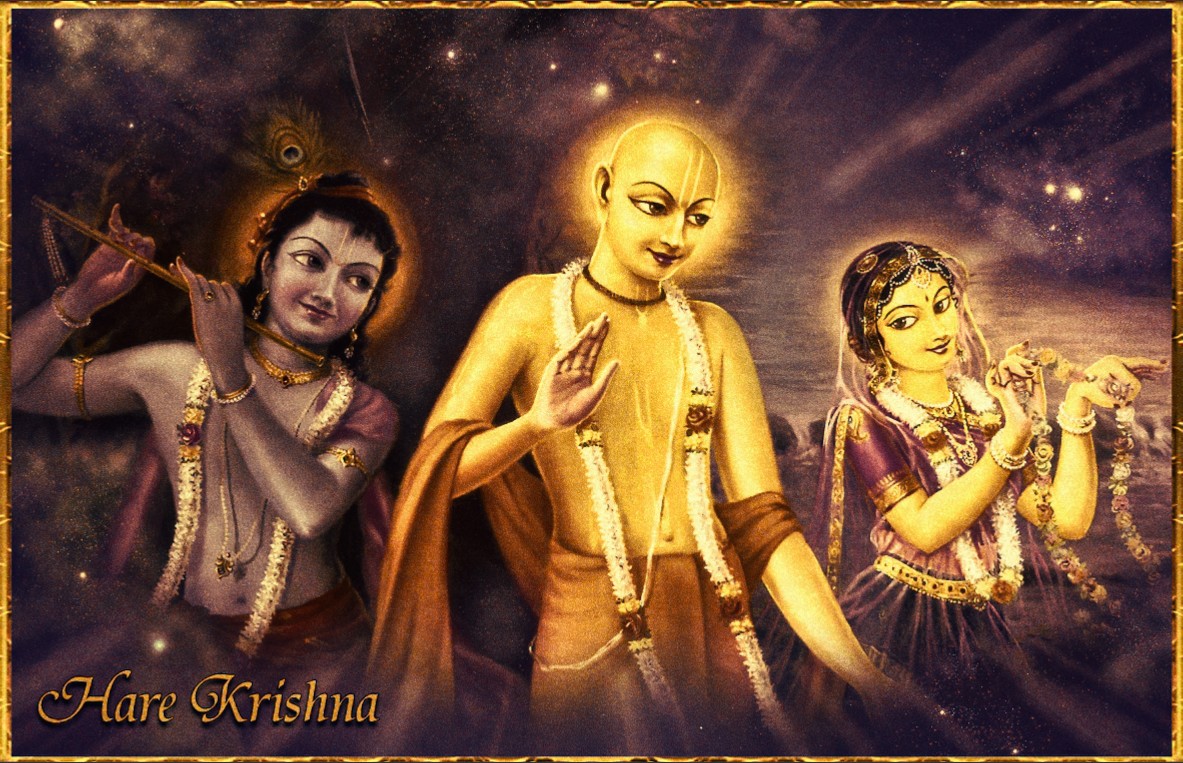 Radha Govinda Swami: I was in Benares at that time when Srila Prabhupada was touring, traveling India with his 40 disciples. I read in a newspaper in America Krishna-bhakti is preached. Naturally, I was a devotee of Krishna so I liked this topic. So I went there. Then there was a procession from Dashashvamedha Ghat to Tapan Misra’s house that is now in Benares.

When the procession finished, I approached Srila Prabhupada and I spoke in Hindi, “When you went to America, and how you preach?”
Prabhupada said, “You see, I just chant Hare Krishna and give some lecture.” He said, “They need this Vedic knowledge. So just see how they are happy and they are chanting.”
Then I asked, “Where is your program after Benares?”
Prabhupada said, “I will go to Gorakhpur.”
So I wrote down the date.

Then I went to Gorakhpur, and Prabhupada was there. He was staying in Krishna Niketan.

I went there, I was waiting. Prabhupada was at that time alone, so I did not recognize that he is Prabhupada.

Then some bhaktas came and they were offering obeisances. So I realized that he is Guru Maharaj, he is Srila Prabhupada. So when they offered obeisances, I also offered obeisances.
So I said, “Please forgive me, I offended at your lotus feet. I did not recognize you. Please forgive me.”
Then Prabhupada caught my hand like this and said, “Come to my room.”
Then three disciples were sitting there and Prabhupada was laughing, laughing. His smile was not stopped, and then he told that “He knows that Chaitanya Mahaprabhu is Krishna Himself.”
He said, “You chastised me, I like that. I am very happy with your words.”