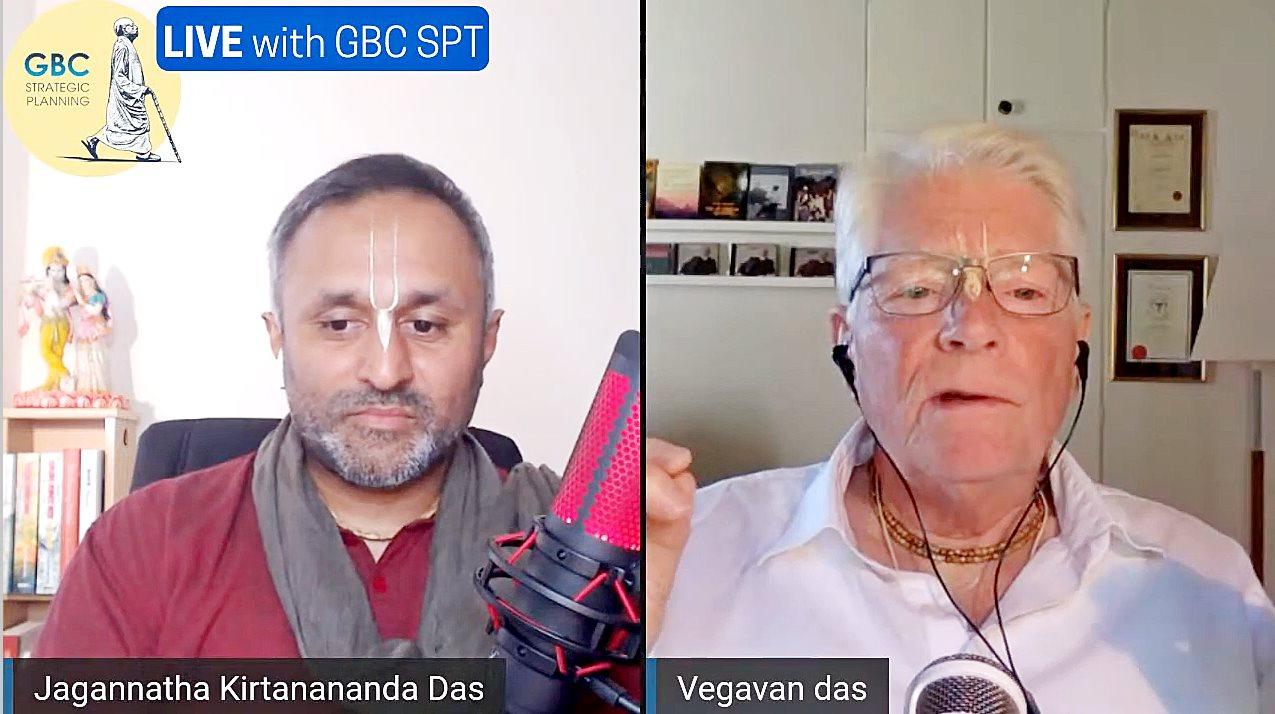 Let us meet and hear from one of the rare gems of Srila Prabhupada’s army who marched fearlessly with him to establish Krishna consciousness in Every Town and Village.

About Vegavan das Born 1947 Joined ISKCON in Mumbai in Jan/Feb 1971 and got initiated and married to Padmavati dd in March same year during the first Hare Krishna Festival in Cross Maidan, Mumbai . Traveled with Srila Prabhupada as his personal assistant on his tour to Malaysia and Sydney Australia in May 1971. After Srila Prabhupada left Australia, he served in Sydney, helped start a temple in Melbourne and started the temple in Perth, Western Australia. In 1973 Srila Prabhupada suggested he help Ajit prabhu spread KC in his native country Sweden. So in the summer of 1973 he and his wife Padmavati dd, Ajit das and his wife Krishna Premi dd together with an English devotee, Narendra das, arrived in Sweden in June after having spent a few weeks in Germany to learn how our GBC wanted the preaching done. Srila Prabhupada arrived in Sweden in the beginning of September that year and he gave a series of lectures at Stockholm and Uppsala universities as well as at the student union and the philosophical institution (where both Ajit and I had been students a few years earlier). He served as temple president until Srila Prabhupada left this world in 1977 during which time he also assisted Ajit prabhu in translating Srila Prabhupadas books, most notably the Bhagavadgita, into Swedish. He also started the radio station Radio Krishna. He served as Regional Secretary under Harikesha (then Swami) until 1985 His family was growing and he felt that as a householder it was his duty to maintain its needs so he resigned from the Regional Council. But continued to serve as a member of the Swedish National Council for a few years still. After 1986 he mainly took care of the family and was trained in England as a hypnotherapist. Now he is a semi-retired but still the director of the Swedish School of Ethical Hypnotherapy (SSEAH) which he started in 1997. Presently, he lives in south Sweden in a picturesque village by a big lake around which live approximately 10 devotees.