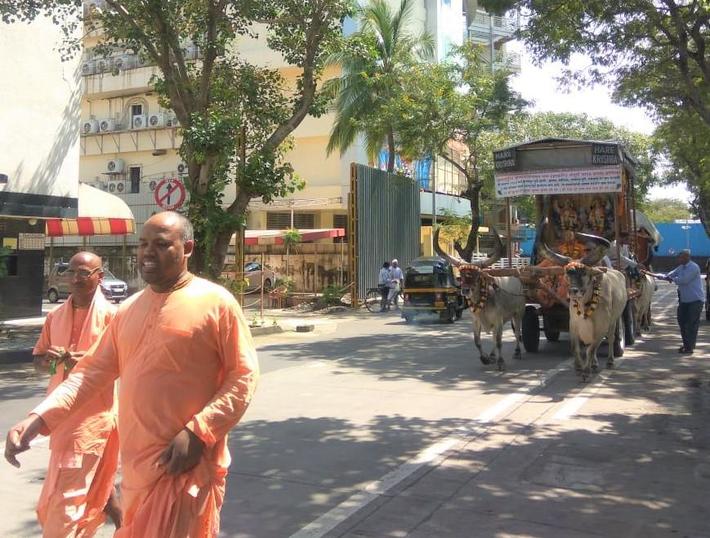 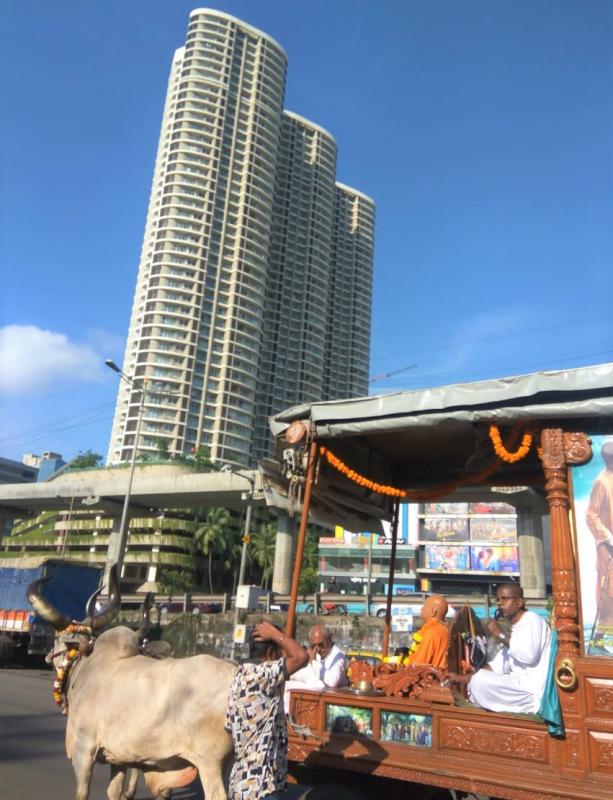 This year is a special year: All-India Padayatra was at Srila Prabhupada’s office in Juhu Beach, Mumbai, for the World Holy Name Week which began on September 17. Just as every year, the padayatris celebrated the occasion with enthusiasm but being in Juhu meant that at every step we were reminded of Srila Prabhupada.

On an overcast September 16 we left Kharghar and walked towards Koparkhed, dancing and singing in the rain along with a few local devotees. When we reached Koparkhed the devotees welcomed us and took darshan of Sri Sri Nitai-Gaurasundara. We had a grand nagar sankirtan that evening and the following morning headed for Thane where we again had nagar sankirtan as well as shobha yatra. The padayatris encouraged people new to Krishna consciousness in Thane to chant the holy name on chanting beads, and wherever we went we described the glories of World Holy Name Week.

By now we were anticipating our arrival at Juhu where Srila Prabhupada had stayed. On September 19 Juhu temple president Brajhari dasa welcomed us with garlands and sankirtan and our oxen were also garlanded. Brajhari was with padayatra in 1984, so he has strong affection for the AIP. We were also happy to see our dear God-brother Ekalavya dasa at Juhu. He joined us in sankirtan and blessed us with his association. He said: “It’s wonderful that on the anniversary of Srila Prabhupada’s arrival in America and the occasion of the World Holy Name Festival, Padayatra India arrived in Juhu. We are fortunate to have darshan of Their Lordships.” About 200 devotees, including senior devotees Brajhari and Bhima dasa, joined us in sankirtan as we passed through the area around the Juhu temple. During the Sunday feast the glories of the holy name were discussed along with the glories of padayatra and how padayatra is instrumental in distributing the holy name. We also presented several school programmes while in Juhu, the Srimad-Bhagavatam class topic being “Harinama Mahatmaya,” and encouraged the children to sing and dance with us. 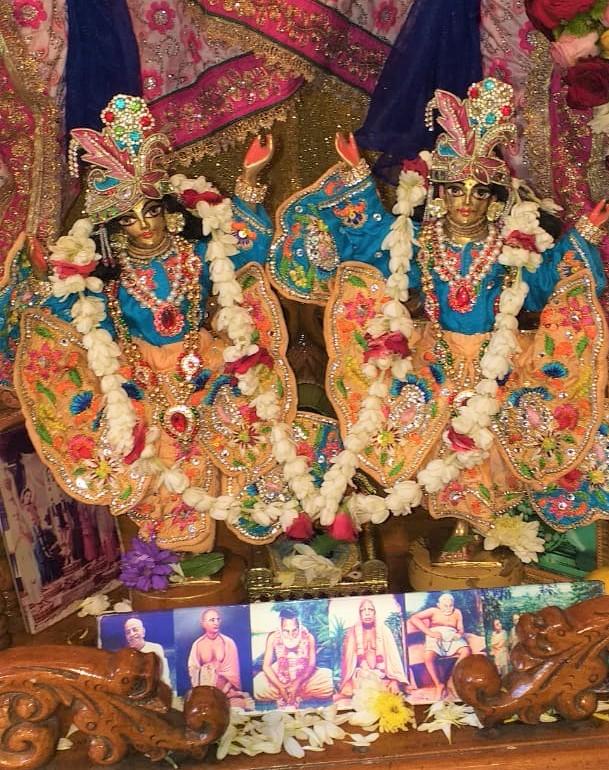