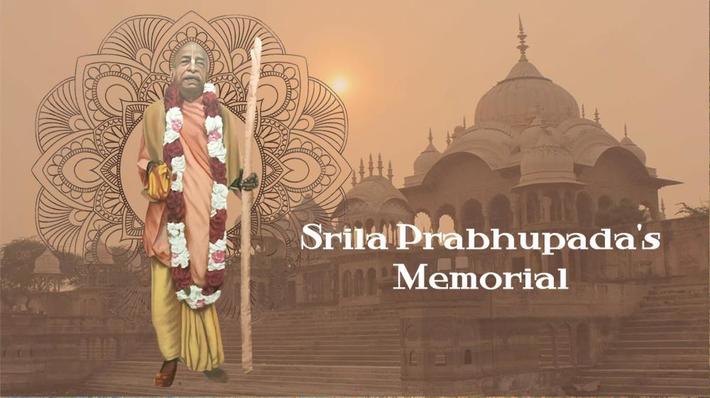 His Divine Grace A.C Bhaktivedanta Swami Srila Prabhupada, appeared on 1st September 1896 at 4pm at premises number 63 Tollygunge Road, Kolkata-700033. The house where Srila Prabhupada was born was under a Jackfruit tree. In 1920’s the maternal uncles of Srila Prabhupada sold this land to a Zamidar (landlord) and the new landlord sublet it to different people. Later the Indian Government acquired this land from the landlord along with the sub-tenants and Bharatiyas.

Srila Prabhupada has expressed his desire that his birthplace should be acquired by ISKCON and a memorial should be built on it.

Accept my blessings! A few days ago, I spoke to you about buying the land covering the jackfruit tree(‘Kaathal-tala’). Explore if the same is up for sale. We want to build a memorial there. Take this matter seriously and get back to me on the way forward writing to my Bombay address.

My health has deteriorated, so I am going to Kashmir in a few days for a climate change.

I hope you are well with your family.

Since then, devotees were trying to acquire this land. But since the Government was the owner and 19 families were living on this land, it was a very difficult task. To cut the long story short, ISKCON Kolkata was finally able to acquire 3,600 square feet of land along with the 180 years old Jackfruit tree, under which Srila Prabhupada appeared on 1st September 1896, just 29 days before Srila Prabhupada’s 125th appetences day celebrations.

Since 3,600 square feet land is a small piece of land, devotees have planned to acquire a minimum of 1 acres land at Srila Prabhupada birthplace so that a befitting memorial can be built at Srila Prabhupada birthplace. The land will be acquired in 5 to 6 phases. Now we are conducting the 2nd phase of land acquisition and we are happy that following senior Sannyasis and devotees have contributed for the 2nd phase:

His Grace Deenbandhu prabhu ji (ACBSP), His Grace Arjun Bhattacharya prabhu ji are on tour of Australia, New Zealand and Fiji for next 2 months for collecting donations for Srila Prabhupada birthplace memorial project. There schedule is as follows:

We would like to offer our special thanks to His Grace Ghanshyam Govind prabhu ji and devotees and congregation of ISKCON Sydney, who collected almost 60 lakhs in live campaign at ISKCON Sydney temple.