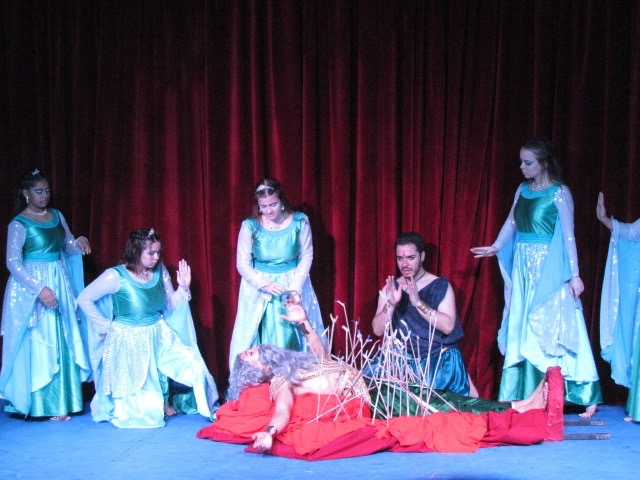 Sages, avatars and the sacred texts called "Veda" all say the same thing, that the best action you can take in spiritual life is to embrace the company of spiritual comrades.  And so that's what we did today, in a special way, as we do every year.
This year, two of our ladies in their mature years, arranged a lunch for those of the Canadian branch of our mission.  But, wait a second, we had Americans in there too; one who qualified as a "Resister" or as we used to say "Draft Dodger".  Yes, indeed, one of our lunch buddies, defected from the United States during the time of the Vietnam War, and discovered Krishna at the same time.  Another U.S. devotee, who run the "Krishna House" in Florida, very successfully, managed our Vancouver Centre in the ‘80s.  It was interesting to note that in 1967, a Punjabi gentleman who emigrated to Canada, took shelter of Krishna at that time, and has since been a solid man in spiritual life: a monk in saffron.  His name is Gopala Krishna Goswami. He is well-known.
So, we went around the table of forty-five and each stood up, when it was his or her turn, to tell their brief story.  Amongst the group were three couples with landmark marriages.  Kala and Yasomati joined ISKCON in Montreal and have been married for fifty years.  Ghosh and Girija of British Columbia have been locked in wedlock for over forty years, and Kramadasa and Paurnamasi also boast a similar statistic.
Our annual lunch was held this year in the upper deck of "Govinda's Restaurant" and the menu was organic salad and pizzas.  The real treat was each other. 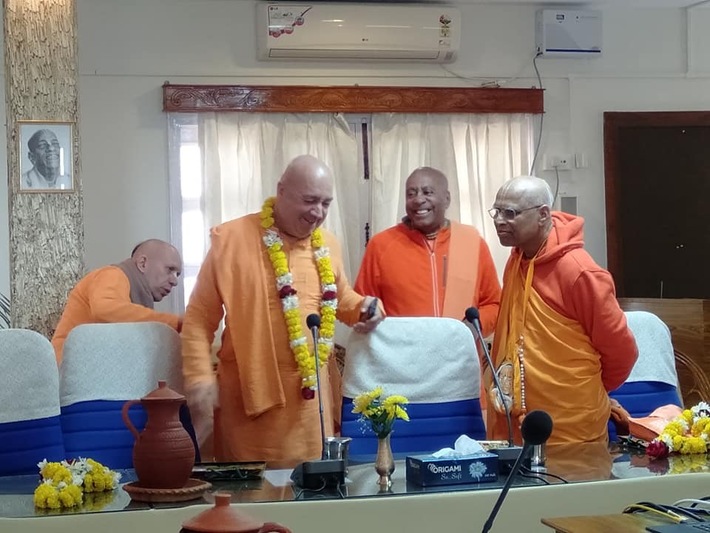