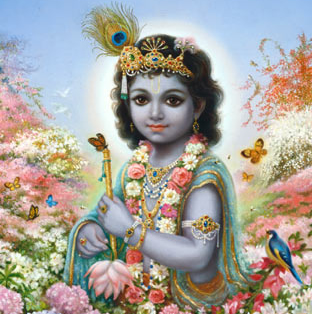 Total of 8+10+5+19 (18 Mystic Powers has mention in Bhagavatam+24(5 +19) are considered inferior and minor they are automatically present in the ten and all the 10 secondary siddhis are present in the Asta Siddhis) siddhis + 9 types of wealth.

Siddhi(spiritual power), and Riddhi (prosperity) Nava Niddhi (9 types of Wealth)
Asta Siddhi and Nava Niddhi are the by Products of Bhakti or Suddha Nama
Hanuma possessed all of the below. (Asta Siddhi Nava Nidhi ke data)

The Ashta Siddhi (eight siddhis) in Hinduism are as mentioned below :

1. ANIMA  Reducing oneBs body even to the size of an atom .
2. MAHIMA  Expanding oneBs body to an infinitely large size.
3. GARIMA Becoming infinitely heavy.
4. LAGHIMA Becoming almost weightless.
5.PRAPTIKA Having unrestricted access to all places.
6. PRAKAMYA  Realizing whatever one desires.
7. ISITVA  Possessing absolute lordship.
8. VASITVA  The power to subjugate all.
The Nava Nidhis – Types of wealth
1. PARKAYA PRAVESH  Parkaya Pravesh means one’s soul entering into the body (sensorium) of some other person or animal or bird. Through this knowledge even a dead body can be brought to life.
2. HAADI VIDYA  This vidya or knowledge has been mentioned in several ancient texts. On acquiring this vidya, a person feels neither hunger nor thirst, and can remain without eating food or drinking water for several days at a stretch.
3. KAADI VIDYA  Just as one does not feel hunger or thirst in Haadi vidya, similarly in Kaadi vidya a person is not affected by change of seasons, i.e. by summer, winter, rain, etc. After  accomplishing this vidya, a person shall not feel cold even if he sits in the snow-laden mountains, and shall not feel hot even if he sits in the fire.
4. VAYU GAMAN SIDDHI  Through this Siddhi a person can become capable of flying in the skies and traveling from one place to another in just a few seconds.
5. MADALASA VIDYA  On accomplishing this vidya, a person becomes capable of increasing or decreasing the size of his body according to his wish. Hanuman had miniaturized his body through this vidya while entering the city of Lanka.
6. KANAKDHARA SIDDHI  One can acquire immense and unlimited wealth through this Siddhi.
7. PRAKYA SADHANA  Through this sadhana a Yogi can direct his disciple to take birth from the womb of a woman who is childless or cannot bear children.
8. SURYA VIGYAN  This solar science is one of the most significant sciences of ancient India. This science has been known only to the Indian Yogis; using it, one substance can be transformed into another through the medium of sun rays.
9. MRIT SANJEEVANI VIDYA Through this knowledge even a dead person can be brought back to life. When considered as mines, minerals, earthenware and ocean resources, the nine treasures of Kubera are interpreted as:

- padma (lake in Himalaya with minerals and jewels)

The 10 Secondary Siddhis in the mode of Goodness

The 5 Inferior Siddhis of Smaranam