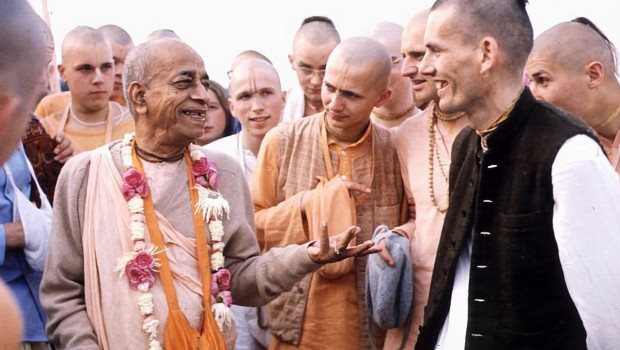 In 1976 Hansadutta Swami had come to India with two German busses filled with mostly German and European devotees. I was a new sannyasi and Srila Prabhupada arranged for me to join Hansadutta Swami’s World Travelling Sankirtana Party.

Later on I still maintained my friendship with Hansadutta Prabhu, and yesterday when I heard the news of his departure the fond memories flooded back and stirred up emotions in me and I could not resist crying. I will miss him dearly.

May Srila Prabhupada forgive him and engage him eternally in the service of his Sankirtana movement.