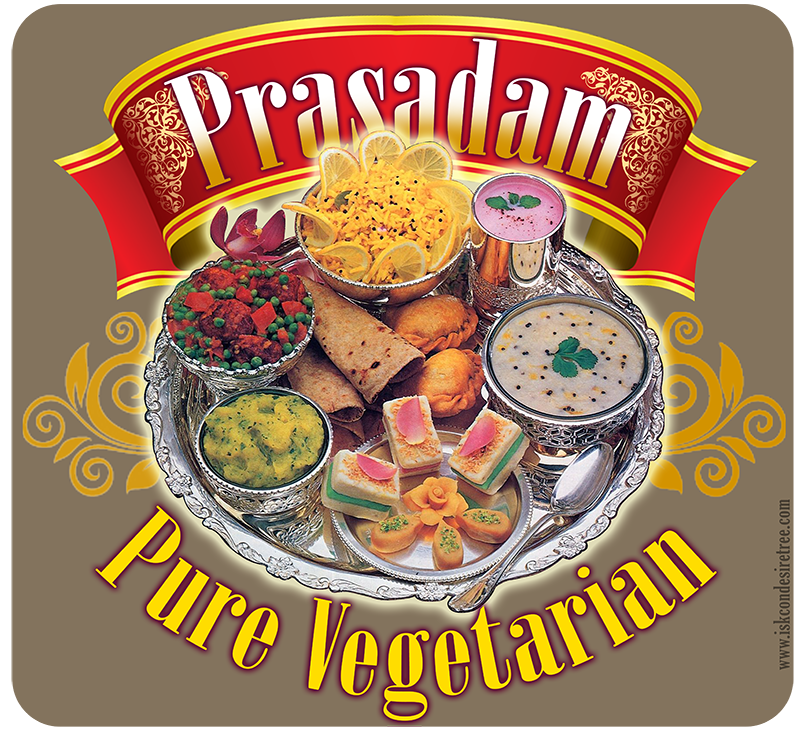 The power of Mahaprasadam should never be underestimated. In Srimad Bhagavatam we have the story of Srila Narada Muni's previous birth which he narrates to Srila Vyasadev about how he became such a powerful devotee. In his previous life, Narada muni was serving in the ashram of a few sages along with his mother who was a maid-servant. He says in Srimad Bhagavatam verse 1.5.25:

"Once only, by their permission, I took the remnants of their food, and by so doing all my sins were at once eradicated. Thus being engaged, I became purified in heart, and at that time the very nature of the transcendentalist became attractive to me."

Narada muni being a young boy, innocently took the remnants of the prasadam honored by the sages after taking their permission. As soon as he tasted the remnants, all his sinful reactions were immediately destroyed, his heart became purified and he was able to appreciate the nature of those sages. Such is the power of mahaprasadam. It is also said in the shastras about the power of association of a pure devotee thus: 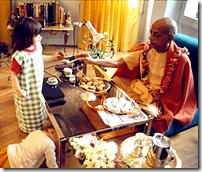 "The verdict of all revealed scriptures is that by even a moment’s association with a pure devotee, one can attain all success."
Srila Prabhupada very nicely explains us that lava means one eleventh of a second. We find that in story of Mrgaari, the hunter who was so eager to hurt animals and leave them half-dead. But simply by association of Narada Muni for few moments, he changed into a great devotee and started chanting Mahamantra and became so kind that he didn't want to even hurt small ants while walking. Indeed prasadam or mercy of Lord and His pure devotees only has brought most of us on this path of bhakti.
There was an incident when Srila Prabhupada was travelling to South America with his two servants in the early 70's. One of the personal servants traveling with him was H.G. Srutakirti prabhu who shared this incident in remembrance of Srila Prabhupada after he had left this planet. The temple where they'd been, gave them a packed lunch for the plane, so in the air Srutakirti Prabhu, Prabhupada's servant opened Prabhupada's lunch pack and served him his prasadam of puffed rice and peanuts. Prabhupada had his fill and handed over the remnants to Srutakirti Prabhu who had just began eating, when the lady air hostess came and said, "That looks tasty", and grabbed a handful threw it in her mouth. Prabhupada smiled and Srutakirti Prabhu was somewhat shocked (since it is not a normal behavior to take someone else's food that too being an air hostess). She then asked why they bring their own food. Srutakirti Prabhu informed her that they are vegetarians etc. She immediately said, "Is there anything else I can get you, fruit milk?" Prabhupada said "Hot milk". Five minutes later she returned with three cups of hot milk she got from First class. Prabhupada thanked her and the devotees discussed among themselves Prabhupada remarking that it is a natural nature of a pious woman to serve.
Now coming to the second part of the story: Recently again in South America doing a preaching tour enlivening devotees there, Srutakirti Prabhu told the above story in Brazil. Afterward one devotee came up to Srutakirti prabhu and said that he would like to share an amazing story with him. This devotee was out in some remote village going door to door selling books when he knocked on a door, a lady opened the door wearing tilak. She then invited the devotee in and her house was like a little temple, an altar with deities, pictures on the walls and all of Prabhupada's books in Portuguese in her bookshelf. The devotee asked her how she became a devotee. She said she used to be an airline hostess several years ago and she met the author of these books, he was so saintly and gentle and kind that she looked up who he was and what he did from his boarding pass name. She then got some of his books and began to read, they said to chant so she chanted and offer her food to Krishna, so she did all that and became a devotee from that small contact. Indeed the potency of mahaprasadam from pure devotee and even a moment's association with such pure souls is un-imaginable.
So knowing the value of prasadam and the importance of saadhu sanga, we should neither waste prasadam nor miss the opportunity to take the wonderful association of devotees.
Thank you very much.
Your aspiring servant,
Sankar
Bangalore.
Tags: hg srutakirti prabhu, iskcon, krishna, power of mahaprasadam, prabhupad, mahaprasadam
E-mail me when people leave their comments –
Follow