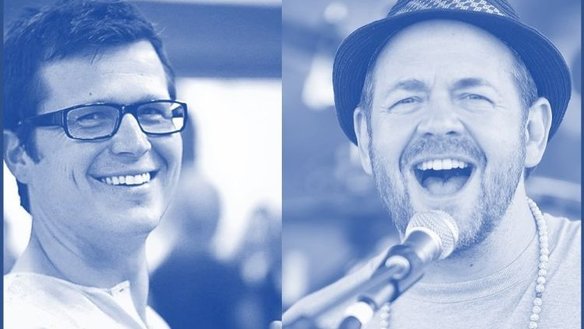 Lead singer Madi Das and producer Dave Stringer of the 2014 kirtan album Bhakti Without Borders have launched a crowdfunding campaign for a new “Country and Eastern” kirtan record.

Bhakti Without Borders featured Madi in duets with 11 female artists from around the world, and 100% of its profits went to the Sandipani Muni School in Vrindavan, India, to help educate, clothe and feed 45 underprivileged girls. The album was nominated for the 2016 Grammys, and reached audiences in 84 countries.

“Bhakti Without Borders was a lightbulb in the way I heard the music we grew up with,” says Madi, who was raised as a Hare Krishna devotee. “Dave Stringer [a well-known kirtan artist] has the unique ability to hear traditional melodies but translate them into a modern, pop, accessible format. After working with him on Bhakti Without Borders, I couldn’t stop thinking about putting traditional melodies to a verse, chorus, bridge format.”

This led to a meeting with Dave in November 2019 about a follow-up album. Writing in earnest began in April 2020 over Zoom after the pandemic hit, and both were in isolation – Madi in Australia, and Dave in California.