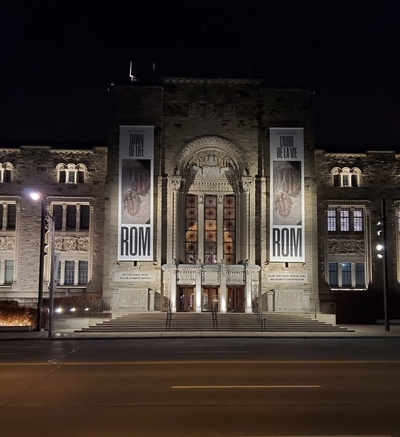 I want to congratulate the six new initiates who received their diksha and their new names. They are a smiling group. Optimists.

My nighttime walk was interesting. I often go to Queen’s Park, and bypass the ROM (Royal Onta