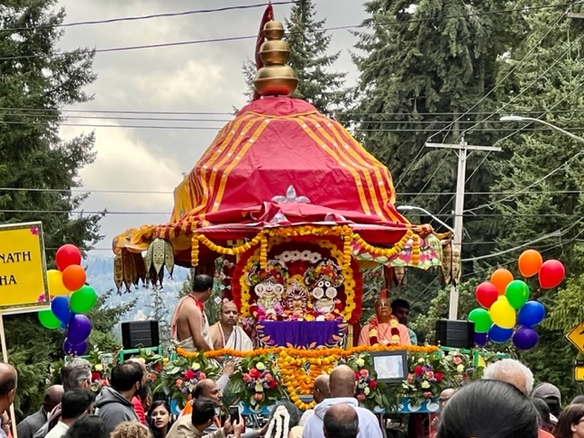 Every year on the Labor Day weekend, the devotees from Seattle organize a Rathayatra parade and festival for Lord Jagannatha, Baladeva and Subhadra in the Redmond area of the city. I was asked to start off the kirtan and after a while my god-brother, Hari Vilasa prabhu took over.

All Rathayatras are blissful and the Seattle devotees were ecstatic chanting and dancing before Their Lordships. I met one devotee who came all the way from Calgary, Canada to attend. The numbers grew as the parade went on and finally it ended at a Redmond city park.