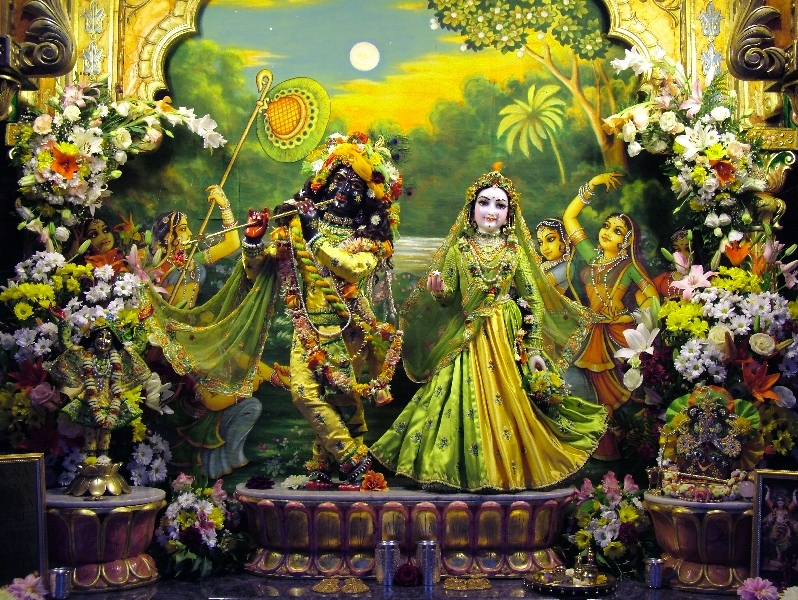 Please accept my humble obeisances, all glories to Srila Prabhupada.

According to a local astrologer, by the Gregorian calendar Lord Caitanya was born on this day, February 27th, in 1486, 7 minutes after the Hungarian parliament passed the church, a law that retained the church status for ISKCON in Hungary. We are now one of only 32 recognized churches in the country--down from over 300. Legally, we have the same rights and standing as the Catholic Church, and that from a government that wanted to see this country known as a Christian domain.

I would like to thank everyone on this conference for their encouragement, prayers and well-wishes, and those devotees who assisted by promoting our petition and getting letters of recommendation. I would like to especially thank His Holiness Gopal Krsna Maharaja who personally, tirelessly and over an extended time lobbied politicians, chambers of commerce and the Hungarian ambassador in Delhi. Without his help I do not think we would be in such a fortunate position. I would also like to thank Bhasu Gosh Prabhu for organizing letters of recommendation from scholars and educationists, Anuttama Prabhu for organizing repeated meetings with the Hungarian ambassador to Washington, Praghosa Prabhu for encouraging the extensive involvement Gauri Prabhu and others in the UK and Dhananjaya Krsna Prabhu who facilitated my interaction with the devotees and politicians in India. There are many other devotees and people who have helped in this campaign and I shall thank them individually.

As Srila Prabhupada said after winning the Juhu property "It was a good fight." This was also a good fight, with good soldiers. I humbly request the EC to write a letter of appreciation to the leaders of the Hungarian yatra, who have been absorbed in this battle for the last seven months, giving special mention to the communication team of Madhupati dasa, Radhanatha dasa, Bn Kata, B Andras who were led by Krsna-lila dd and Prtvi-pati Prabhu. Further thanks are due to Radharadhya dasa and Radhakanta dasa who worked tirelessly to prepare contingency measures had we lost our church status, and to Nilamani Cakravart dd, Dharmista dd, and Damodara dasa who helped organize the historical "cows march on parliament" which also brought about a change in Hungarian land law and retained Krsna Valley under Radha Syamasundara's ownership.

It is hard to convey how close we came to losing many of our rights in Hungary and how restricted that would have made our practices and even our very existence. Had we lost our church status, we would have had to redefine Krsna consciousness in Hungary. As it is, we are now out of harms way--for now. I hope that you are all pleased by our humble efforts, for then we know that Srila Prabhupada is also pleased. That is the mission of the Hungarian yatra--to please His Divine Grace.

Thanking you once again, I remain your servant
Sivarama Swami