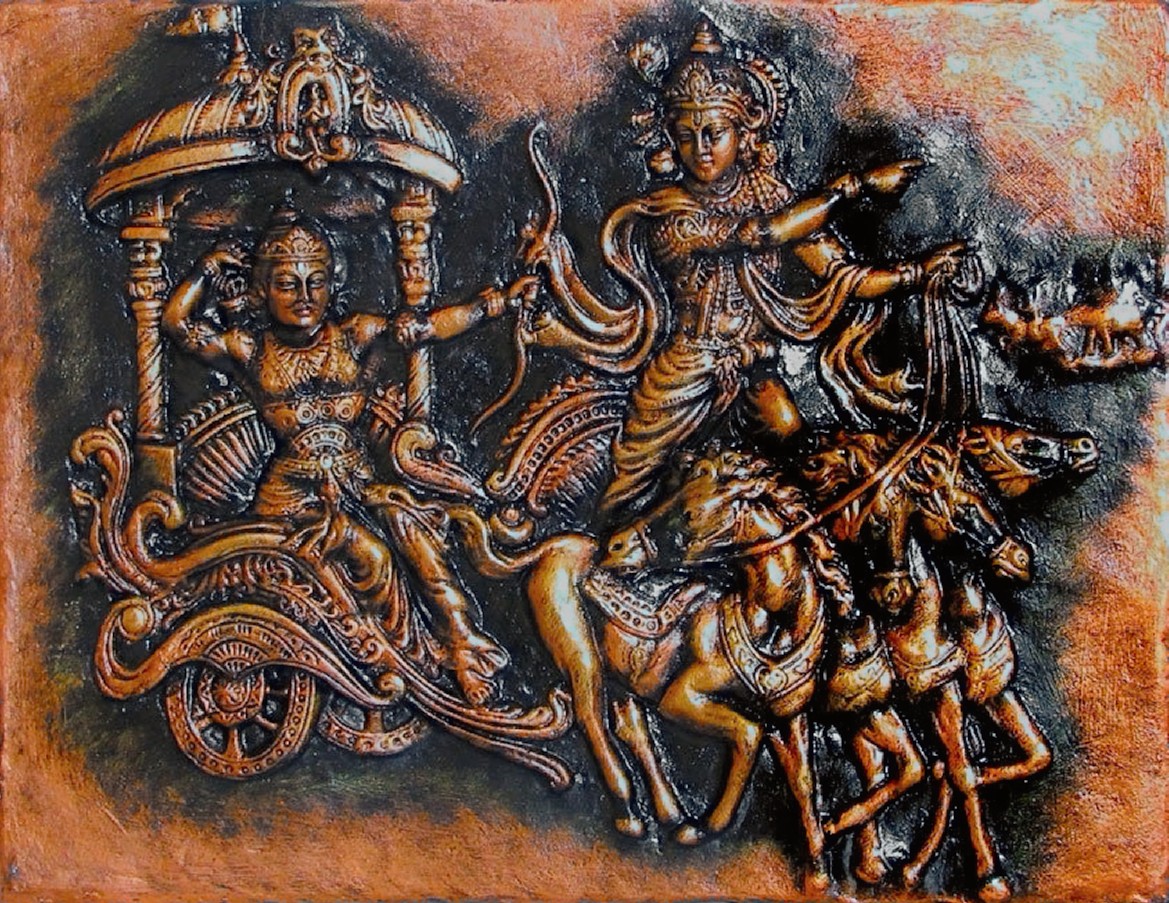 From a rickshaw puller to a pilot flying high in the sky, from a government employee to a head of the government, from a beggar on the street to a business tycoon, from a baby in her cradle to a man knocking at the door of graveyard – all continuously search for happiness.

But in spite of our obsession with ‘happiness’, ‘miseries’ continuously accompany us like a shadow. Misery can be physical or can be psychological and it has a knack of appearing and disappearing at its own whims.

Scriptures tell us about the fourfold misery – birth, old age, disease and death. Till date since the dawn of creation there has not been a single being including non -humans who have not been affected by it. Who in this world would want to be diseased, grow old and ultimately die? But it happens to all of us. In this world we are also subjected to three other types of miseries:

Miseries caused by the activities of fellow beings like terrorists or sometimes by our own near and dear ones. Even other species like mosquitoes, viruses too inflict on us sufferings in form of several diseases. (adhibhautika-klesa)

Suffering caused by our own body and mind (adhyatmika-klesa). Bodily diseases, anxiety, depression, stress, fear of future etc. do not allow us to live in peace.
In spite of our repeated efforts we are not able to defend ourselves against the onslaught of material miseries. The only approach which we consider effective is by increasing our worldly possessions and enhancing our material positions. We think by filling our coffers with lots of money we can bribe misery when it knocks at our door and can change our destiny. But sadly our gestures do not succeed in cutting the ice and we get hit hard.

One of the advantages of being a human is that we have been gifted with intelligence. So, as an intelligent species shouldn’t we ask why in spite of all my efforts, irrespective of all the measures taken we are not able to free ourselves from the strong grip of grief and sorrow? Are the precautionary measures taken by us aren’t sufficient or is it that the measures itself is erroneous and so outcome is always ineffective.

When we buy a new gadget such as an IPhone then along with it is given to us a manual which not just explains the functionalities of the device but also specifies dos and don’ts. And for effective functioning we are supposed to adhere to given guidelines. But if we go against the advices then the device starts malfunctioning.

Similarly we have also been given manuals by the creator of this world who is also our Supreme Father. These manuals are the sacred literatures which comprehensively give detail about this world, about our life and also delineate the process by which we can ward off all miseries and lead a peaceful life. It will not just protect us from all dangers but will also guide us to a path which will open the door of perennial bliss.

Arjuna was in abject misery and in tears just before the Mahabharat war. But after being thoroughly educated by Krishna in spiritual science he got enlightened and decided to work according to the directive of Krishna, the Supreme Lord. He fought with grit without worrying about gain or loss. And since he was executing his given duties as per the laws of God, he was victorious. Krishna was always with him providing protection and guidance.

We suffer here because we go against the laws of God, we do not turn towards him but we turn away from him. But like Arjuna, if we do all our activities in conjunction with the scriptures and if we invite Krishna in our life then we can protect ourselves from many unpleasant situations and circumstances.

After the Mahabharat war ended, Krishna asked Arjuna to get down from the chariot first. But Arjuna requested Krishna to get down first. Krishna advised Arjuna to do what he is being asked to do. So Arjuna got down first and then Krishna followed. And as soon as Krishna got down, it blew up and burned to ashes. Arjuna was horrified. Krishna explained that the weapons unleashed by Bhisma, Drona and other Kaurava warriors were extremely powerful but because of him the lethal weapons did not harm Arjuna a bit. Arjuna always remained safe in Krishna’s hand. Krishna, the all-powerful and all merciful is our only saviour.

Yes it is true that in this world a devotee of the Lord too undergoes through old age, disease and death and three types of miseries impinge him too. But Krishna shields his devotees from all the dangers and provides him sufficient intelligence and inner strength which helps to nullify the miseries of this world. If we are in Krishna’s care there is no fear and Krishna wipes all our tear. Not just this after leaving this world we get an opportunity to return back to the kingdom of Krishna where there is no rebirth, no disease, no old age, no death, no adhidaivika-klesa, no adhibhautika-klesa and no adhyatmika-klesa.

In Bhagavad Gita 3.10, Krishns says “Be thou happy by this yajna [sacriﬁce] because its performance will bestow upon you everything desirable for living happily and achieving liberation.” And the yajna in this world is chanting the names of Krishna, the Hare Krishna mantra. Chanting brings Krishna’s grace and it opens the gateway to the spiritual world which is the abode of eternity and bliss. And so Srila Prabhupada famously said, “Chant and be happy.”