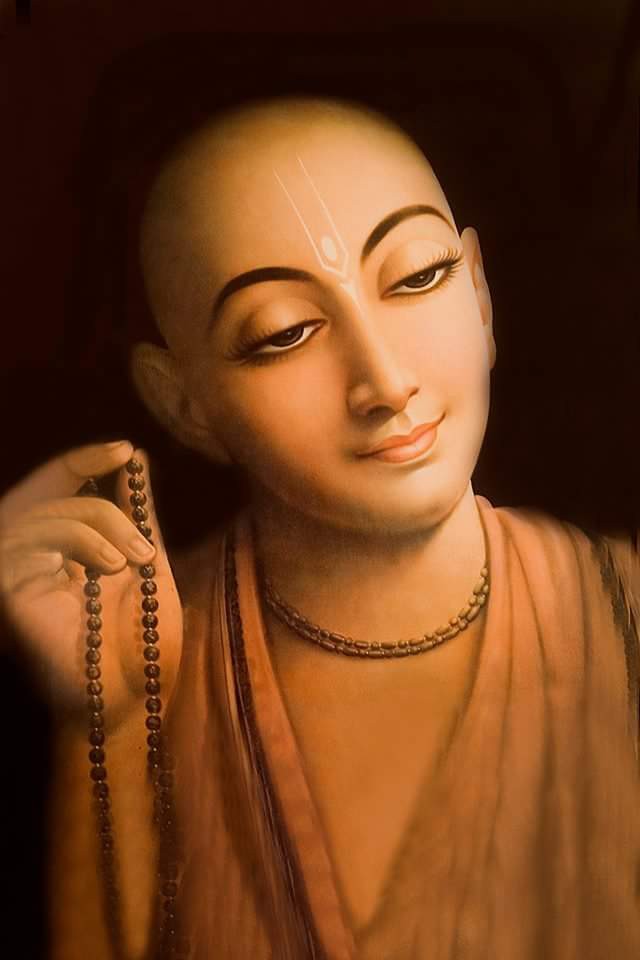 What will happen to me after death?

In the second chapter of Bhagavad Gita Lord Krishna explains this subject to Arjuna in great detail. Arjuna was faced with a situation where, in order to uphold dharma, he had to fight and kill people who were very dear to him, his own relatives and friends. As one might expect, it caused great disturbance to Arjuna, and when he finally saw the people with whom he was going to fight, he lost all composure and began to cry.

Arjuna threw down his bow and told to Lord Krishna, “na yotsya“, I shall not fight.

His anxiety and grief was based on his false identification of the body as the self. He thought the self ceases to exist when the body dies. To correct this misconception and to establish Arjuna in full knowledge of the self, Lord Krishna spoke the Bhagavad Gita on the battlefield of Kurukshetra.

He began by first establishing the eternality of the soul:

The body is simply an external covering of the soul. Being material, the body is by nature temporary, and must at some point deteriorate and die. The soul on the other hand is spiritual in nature. For it there is no beginning nor end. Matter and spirit are qualitatively opposite. Whereas the matter’s natural quality is that it is temporary, full of ignorance and full of suffering, the qualities of the soul are that it is eternal (sat), full of knowledge (cit) and full of bliss (ananda).

Anything that has a beginning in time will also certainly have an end. Thus the body will inevitably come to an end, but the soul, which is beginningless, will continue its existence:

“One who has taken his birth is sure to die, and after death one is sure to take birth again. Therefore, in the unavoidable discharge of your duty, you should not lament.”

Krishna describes death in the Bhagavad Gita as being nothing more than a change of dress:

“As a person puts on new garments, giving up old ones, the soul similarly accepts new material bodies, giving up the old and useless ones.”

This body is nothing but a vehicle, and the soul is the passenger. When this vehicle is no longer suitable for the soul, due to old age and decay, the soul is given a new vehicle. Thus death is simply the transition from one vehicle to the next.

“As the embodied soul continuously passes, in this body, from boyhood to youth to old age, the soul similarly passes into another body at death. A sober person is not bewildered by such a change.”

The soul is actually covered by two bodies, one physical (sthula-sarira) and one subtle (sukshma sarira). The physical body is composed of the elements earth, water, fire, air and ether. This is what people generally think of as themselves – what they see in the mirror. The subtle body is composed of mind (manas), intelligence (buddhi) and false identification (ahankara). This subtle body stores all of the thoughts, desires, and experiences one has had, in every single life one has lived. As each new life comes, the experiences of the older lives are pushed deeper and deeper inside, thus they are forgotten. Sometimes these inner thoughts again resurface due to a dramatic occurrence or due to meditation and sadhana. In the case of a dramatic occurrence, the result is confusion, as the person cannot figure out which life is actually his. In the case of meditation, the yogi develops full conviction that he is not the body, and the lives he has experienced are not the reality.

What determines the body one will go to at the time of death? Krishna answers this question as follows:

“Whatever state of being one remembers when he quits his body, O son of Kunti, that state he will attain without fail.”

According to our consciousness at the time of death we receive a suitable body. What we remember at the time of death is not just a matter of the momentary thought that occurs. What we have done throughout our entire life will naturally come to our mind as we leave our body. Just prior to death, our entire life is flashed before our mind’s eye in a split second. One particular event will be very attractive to us, and we will focus on that. Based on that desire we will be given our next body, sometimes higher and sometimes lower.

If our mind focuses on an activity which is very ignorant (tamo-guna), we will receive a suitable body among the lower species of life – as a plant, a fish, a tree, or an animal.

If our mind focuses on an activity which is passionate (rajo-guna), we will be given a body within the human categories of life.

If our mind focuses on an activity which is primarily within the mode of goodness (sattva-guna), we will recieve a body on one of the higher planets – svarga-loka, etc.

Again I will mention that our mind will focus on an activity based on how we have lived our entire life. It is not possible to suddenly make our consciousness pure if we have spent our entire life engaging in improper activity.

The ultimate result of this transmigration from one body to the next is that we have tied one more knot in the rope of attachment which binds us to this material world. No matter what the destination, it is still not a victory. Which ever body we receive, we are still embodied – it is an artificial covering entrapping us.

Krishna describes this entire universe as duhkhalayam ashashvatam – temporary and full of suffering. No matter which body one has, these two qualities are there. But there is an alternative, a solution to this seemingly endless cycle. Krishna says:

“And whoever, at the end of his life, quits his body, remembering Me alone, at once attains My nature. Of this there is no doubt.”

If we are able to remember Lord Krishna at the time of death, we will become free from the external covering of the body and attain His eternal abode. This sounds very simple, but again it is not such an easy thing. Death is the ultimate test we must all face. What will be our consciousness at that moment? For those who are attached to the body due to identifying the body as the self, death is the most difficult occurrence. The soul is forced out of the body, despite his attempts to remain within it. I cannot describe the tremendous pain one who is attached to the body goes through at death. But I can say it is greater than anything else one can experience in life.

For the self-realized devotee the situation is completely different. He understands he is not the body. He knows the body is just a vehicle, a machine, and as such he has no attachment to the external body. For him death is as simple as opening a door and walking through it. Every day when we go outside our house we open the door and walk out. It is not a dramatic event. It is practically a non-event. This is what the devotee experiences at the time of death. Because of his realization of the self he has no attachment or false identification with the body.

And because his consciousness is always fixed on the Lord, his destination is complete freedom from the cycle of birth and death:

“After attaining Me, the great souls, who are yogis in devotion, never return to this temporary world, which is full of miseries, because they have attained the highest perfection.”

The devotee is resituated in his constitutional spiritual position, free from all external material coverings. This is mukti, or liberation – attainment of the surpeme abode of Vaikuntha:

“That supreme abode of Mine is not illumined by the sun or moon, nor by fire or electricity. Those who reach it never return to this material world.”

We are all part and parcel of God. Our true nature is spiritual, sacidananda svarupo ‘ham sivo ‘ham sivo ‘ham. Due to false identification with the body we are covered by illusion and forced to undergo birth and death. The soul is 10,000 times more effulgent than the sun, but the covering of ignorance is so strong that we appear to be like dead matter.

The Upanishads advise us to move from darkness to light, from the temporary to the eternal, from death to immortality.

Death is not something to be feared, but something we must conquer. Excessive attachment for material things puts a man into a fearful condition of existence – bhayam dvitiyabhinivesatah syat. Because we are attached to the material body, due to ignorance of our spiritual self, we therefore fear death. By cultivating transcendental knowledge of the self, and by advancing spiritually through practice of sadhana, we can separate attachment to the body and become fearless.

This is actually the goal of life – to move from death to immortality. Not immortality of the body, for the body is not actually alive at any time, but the realization of the soul’s eternal, blissful nature.

Such a realization is possible only by sincere practice of sadhana and devotional service to Lord Krishna. This was Krishna’s message to Arjuna, and it is His message to each and everyone of us.

“Always think of Me, become My devotee, worship Me and offer your homage unto Me. Thus you will come to Me without fail. I promise you this because you are My very dear friend.”

Will I continue my current family

relationships even after death?

As two straws float in a river, and sometimes touch and sometimes separate, so in the same way our karma causes us to form temporary relationships with other living entities in this world. These relationships are not eternal. First we must understand that the identities which we are relating to are themselves not eternal. For example, my mother is an eternal spirit soul. At present her soul is situated within the body of a woman, and I am calling her as mother. In her previous life, or in her next life, she may have the body of a man. How can I continue to relate to her as mother? That relationship which depends on the body is as temporary as the body.

From time immemorial we have been passing through many, many species of life. Naturally we have had many mothers, sometimes a spider mother, sometimes a dog mother, sometimes a human mother. By the mercy of the Lord we are given forgetfulness at the time of birth so that the attachments of our previous life are buried deep within our consciousness. These countless relationships we have passed through are all reflections of our true relationships in the spiritual realm.

Knowing that we are all spirit souls, and not the external bodily covering, we should work for the spiritual upliftment of all our family members. By reestablishing someone’s eternal spiritual relationship we are truly helping our loved ones, not just their temporary body. This is actual compassion. No one knows where compassion should be applied. Compassion for the dress of a drowning man is senseless. A man fallen in the ocean of nescience cannot be saved simply by rescuing his outward dress – the gross material body.

I always fear about what would happen to me
after death. Kindly help me in making my fear go.

If you take up a daily practice of sadhana you will become free from fear. Study the Bhagavad gita to develop spiritual knowledge and take up nama-japa sadhana. By chanting the names of Krishna you will be able to cross over death: