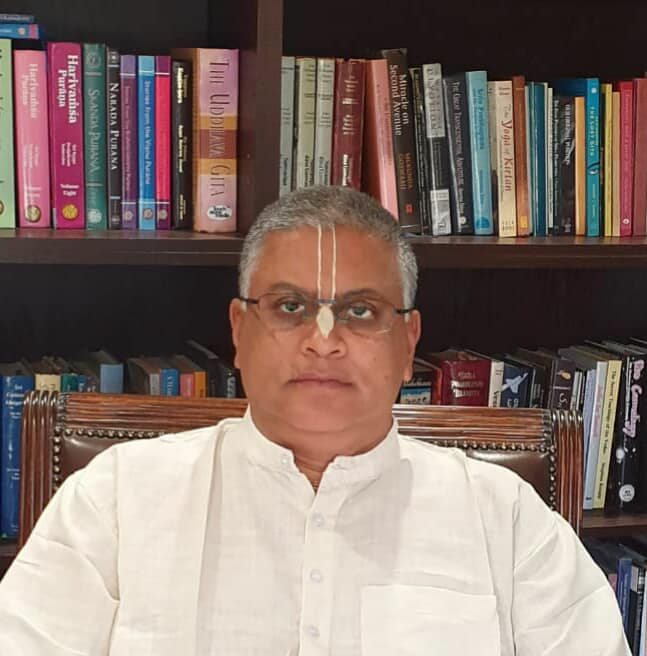 Govardhana Dasa was born in Durban, South Africa, and first met the devotees in 1982. Although attracted by their harinamas, he was reluctant to take a copy of The Science of Self-Realization from them, but after reading the first sixty pages, he instantly became a vegetarian and started chanting Hare Krishna. Saved by Srila Prabhupada’s books, Govardhana Dasa remains connected to them to this day: he began by distributing them and now serves as a trustee of BBT Africa and as a global BBT trustee. Serving as the chairman of the BTG board, he is also responsible for Back to Godhead magazine. And as an active ISKCON member, he has served as co-temple president, regional secretary and national secretary. He also served as a global duty officer with a focus on ISKCON’s economy. He was initiated in 1994 by HH Bhakti Caitanya Swami.