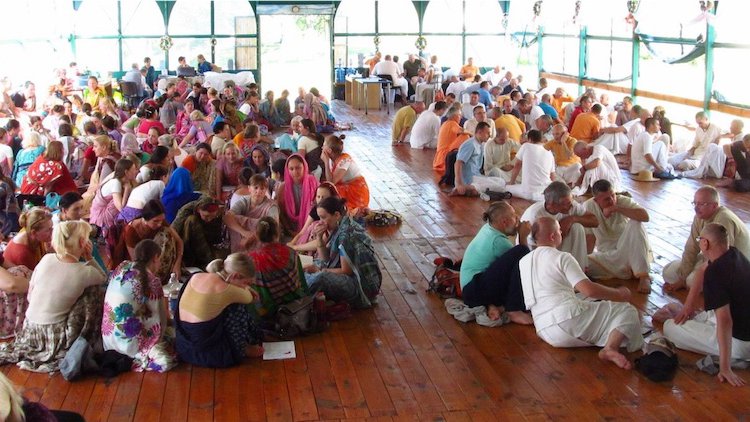 As well as the official ISKCON Disciples course, which is required studying before taking initiation, ISKCON offers many retreats around the world for devotees to learn about the guru-disciple relationship, and to build their personal relationships with their guru and their godbrothers and godsisters.

One of these was the recent retreat for disciples of Niranjana Swami, which ran from July 30th to August 4th at New Mayapur, Ukraine.

A rural community located two hours’ drive from the small towns of Poltova and Dnipro, New Mayapur has a cow protection program with twenty cows, and a farm for organic vegetables and berries.

It’s also home to a successful Ayurvedic resort and a retreat center where devotees attend regular retreats on the Holy Name, Srimad-Bhagavatam, Bhakti-Sastri and Bhakti-Vaibhava. 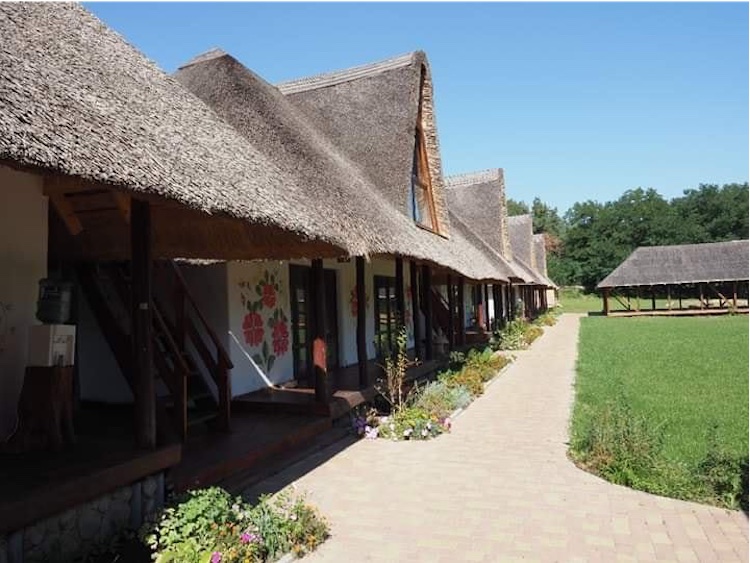 About 350 Russian-speaking devotees from all over Ukraine, Russia, Belarus and Moldova attended the recent disciples’ retreat there.

“The main goal was to give Niranjana Swami’s disciples some association with their godbrothers and godsisters,” says organizer Sarvajna Das, “And to give them a deeper look at the instructions their guru gave throughout the year in his lectures.”

Each morning of the retreat, Niranjana Swami would give a morning class on a particular topic he had spoken about a lot during the year. Topics included the Brahma-Madhva Gaudiya Sampradaya, or disciplic succession; how to perceive the diksa (initiating) and siksa (instructional) gurus as working together for the spiritual enlivenment of the disciples; how to live in a multi-guru society; how to properly balance the instructions of the diksa guru with those of other senior devotees; and finally the importance of the Holy Name and prayer. 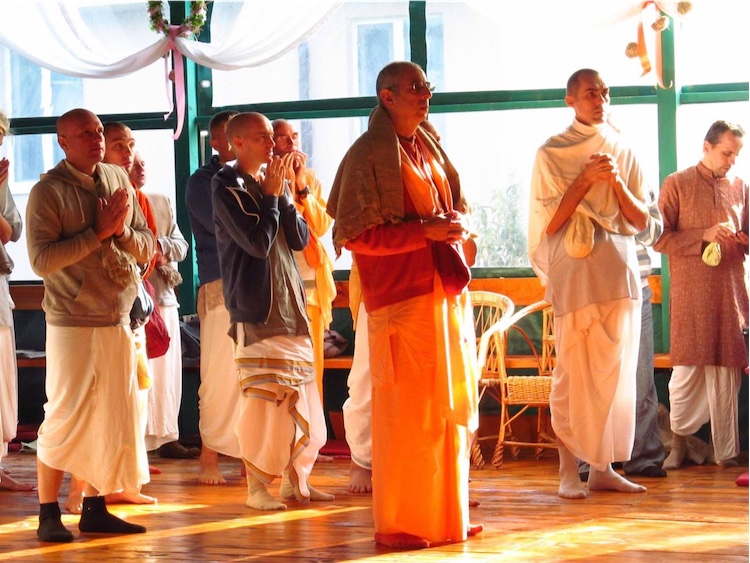 After each morning class, a panel of senior devotees – including Niranjana Swami, Bhakti Vijnana Goswami, Madhavananda Das, Sarvajna Das and Ukranian scholars Adi Purusa Das and Brijabasi Das – would have an open discussion in which they expanded on the topic.

“One of the benefits of this was to show the disciples the culture of Vaishnava discussion,” says Sarvajna Das. “Another was to help them think about the topic more and how to apply it in their practical lives.”

Next, disciples got to discuss the topic themselves in small groups. They then gave presentations on the topic to their spiritual master, who gave them feedback.

“Some devotees just gave a statement on how they were going to apply the point in their life,” Sarvajna says. “Others performed a short drama or skit illustrating it. Some wrote poetry or sang a song. It was very inspiring.” 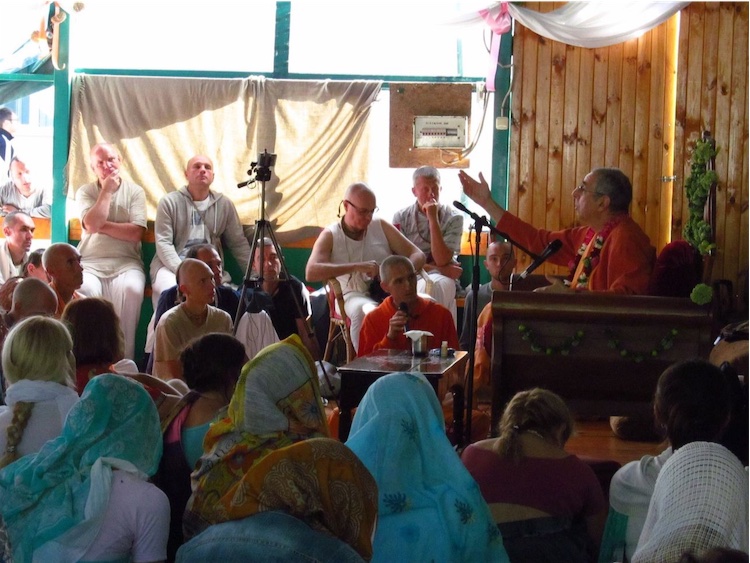 Ensuring that the topic of the day was explored from all angles, Niranjana Swami and the other senior devotees also sang bhajans about the topic.

“For example, if the day’s topic was prayer, they sang bhajans by Bhaktivinode Thakur or Narottama Das Thakur on the proper mood for prayer,” says Sarvajna.

Meanwhile, every day began with a full temple morning program and ended with a two-hour Gaura arati and ecstatic kirtan.

Finally, local Ukranian devotees also performed a drama based on the Ramayana about Shabari, an old woman who served her spiritual master faithfully throughout his life. Before he passed away, he instructed her to await Lord Ramachandra’s arrival and to worship Him every day by offering Him fruits. 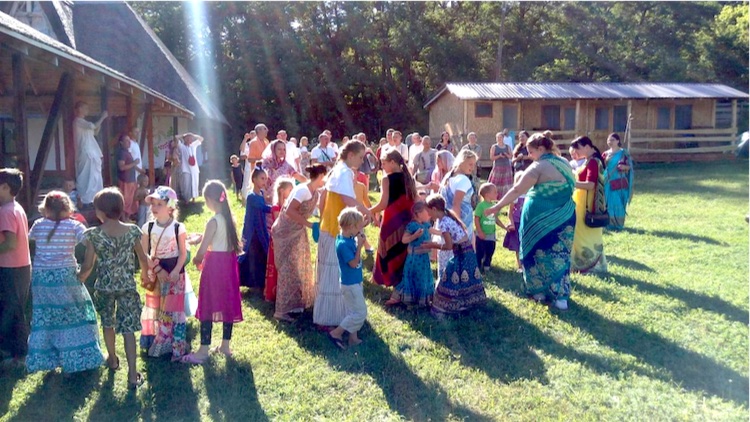 She did this, until one day, Lord Rama Himself came to visit her. Because she was blind, she couldn’t see which fruits were best to offer him. So she simply picked any fruit, and bit into it herself first; if it was sweet, she offered it to Lord Rama, and if it wasn’t, she threw it away.

Despite this unorthodox method, because she had such love for Him and such devotion to the instructions of her spiritual master, Lord Ramachandra accepted her offerings.

The drama perfectly depicted the mood the disciples hoped to develop themselves. And as the retreat concluded and they left for home, they felt that it had indeed planted the seeds of such dedication and devotion.