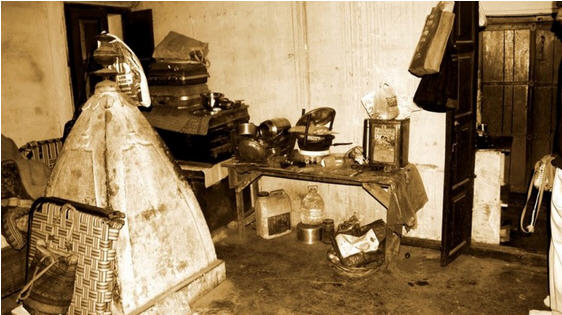 Srila Prabhupada's room just after devotees unlocked it for the first time in 25 years. The pyramid in the center is a sacred dome indicating that the Deities' altar is directly below.

Devotees overseeing the restoration of the Delhi temple where Srila Prabhupada stayed in the early 1960s before leaving for the US have discovered a treasure of his personal belongings.

Breaking open the locks on a door that had not been opened for 25 years, they were amazed to find the items still in his room at the Chippiwada Sri Sri Radha-Vallabha Mandir in Delhi’s busiest market, Chandni Chowk, after so long.

The items included Srila Prabhupada’s harmonium and the original covers of the first canto of his Srimad-Bhagavatam translation and commentary, which he later brought with him to the US.

Along with these was a list of rules for the temple, including a handwritten correction identified by GBC Gopal Krishna Goswami as Srila Prabhupada’s. 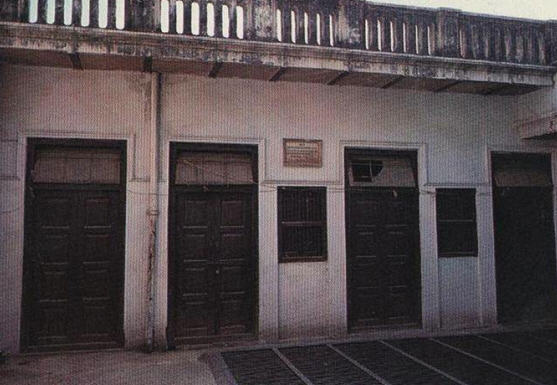 The exterior of Srila Prabhupada's room at the Chippiwada temple

Prabhupada had left the Prospectus at the Sri Sri Radha Vallabha Mandir when he visited it during his first trip back to India from the US in 1971 with his early disciples Kirtanananda and Achyutananda.

Finally, the room also contained a very old handwritten book in Sanskrit. Devotees are yet to engage a Sanskrit scholar to confirm the author and contents, but it is presumed to be at least fifty years old and written by a Gaudiya Vaishnava.

“Finding these items was a pretty out of this world experience,” says ISKCON Delhi Communications Director Yudhistira Govinda Das. “This is something that happens perhaps only once in a lifetime.” 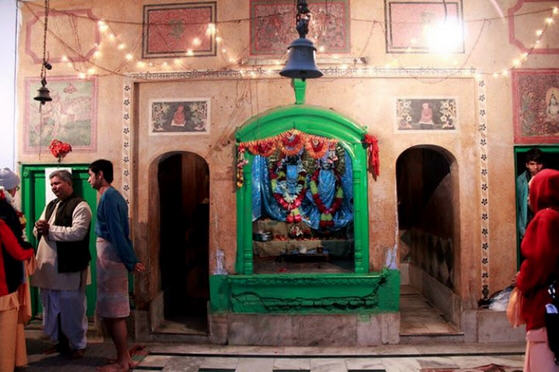 It’s an exciting time for ISKCON, which has been trying to acquire the Chippiwada temple for four decades.

Srila Prabhupada himself first requested the trustees to donate the temple to ISKCON in the early 1970s, but they weren’t interested at the time. He then asked Gopal Krishna Goswami to keep trying to acquire the property.

Finally, in 2011, Gopal Krishna and ISKCON Delhi Zonal Secretary Raghava Pandit Das convinced the current trustees – the sons of those in Prabhupada’s time – that their temple was falling into neglect and that ISKCON’s stewardship would be the best thing for it.

ISKCON only just acquired full ownership of the temple in February of this year, and found the precious items belonging to Srila Prabhupada when they started renovation. Srila Prabhupada's Prospectus for his 26 2nd Ave temple in New York, which he brought to Chippiwada on a visit back to India and left there

The temple is extremely important to ISKCON’s legacy. In the early 1960s, soon after he had taken sannyasa, Srila Prabhupada was living in Vrindavana but would commute to Delhi for periods of preaching. During these visits, he would stay in his small room at the Chippiwada temple.

The Srila Prabhupada-lilamrita explains that the guest room where he stayed was just above Sri Sri Radha-Vallabha’s altar, and a three-foot-high concrete pyramid with a spire protruded up from the floor in the room, indicating that the Deities were directly beneath. The cement walls and floor of the room, the lilamrita describes, were completely bare.

Meanwhile outside, the Chippiwada neighborhood was a densely crowded and chaotic network of narrow streets, filled with oxcarts, rickshaws, bicycles and swarms of shoppers and workers.

Srila Prabhupada tolerated the intensity and austerity of the city to print his Back to Godhead magazine at a printer’s close by, then distribute them at Connaught Place. He would also meet with businessmen, politicians and other influential people in the city. 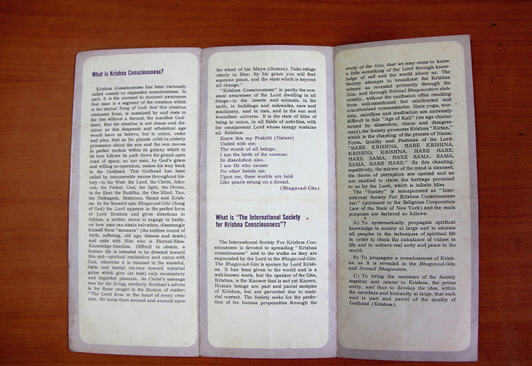 Srila Prabhupada also worked on the first canto of Srimad Bhagavatam at the Chippiwada temple, rising before dawn to translate. And in the morning and evening, he would give discourses on the Bhagavatam to all the temple’s visitors.

Today, four devotees are residing full-time in the property, in a room just next to Srila Prabhupada’s, and are worshipping the same Deities that he did.

“They moved in one month ago, and celebrated the Gaura Purnima festival there,” says Yudhistira Govinda. “It turned out to be a pretty huge success, because all the people in the community are very pious. About eighty families attended, and each family prepared and brought a dish to offer the Deities.” 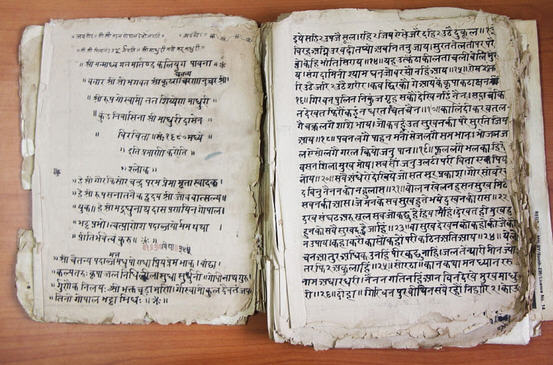 The devotees also hold a weekly Harinama on the streets of Chippiwada, still as busy as they were during Prabhupada’s time. Meanwhile, they’re overseeing important renovation work on the temple.

“When the temple was built about a century ago in British India, they didn’t have iron beams,” Yudhistira says. “The construction was done by mixing cement with concrete and supporting it with wood. Both of these can erode over a period of time, and they did. So to prevent the ceiling from falling, we have put in some really strong reinforced iron beams.”

Workers have also renovated all the woodwork and flooring, built new cabinets and a new kitchen for the Deities, and are repainting the whole building.

In the second phase of renovation, they’ll convert the entire first floor, where Srila Prabhupada’s room is located, into a Prabhupada memorial museum. This will contain all the items devotees discovered in his room, as well as a library of Srila Prabhupada’s books where people can study in English and the most common Indian languages. The museum will also include multimedia kiosks on which visitors will be able to view presentations on Srila Prabhupada’s life and works. It’s expected to open in mid 2015, as part of ISKCON’s fiftieth anniversary celebrations.

“Just two minutes’ walk from the temple are the Jamma Masjid and the Red Fort, two of the most famous tourist sites in India,” says Yudhistira. “Our plan is to attract these tourists to vist the place where ‘the Hare Krishnas’ began, and to learn the story of their founder, A.C. Bhaktivedanta Swami Srila Prabhupada.”