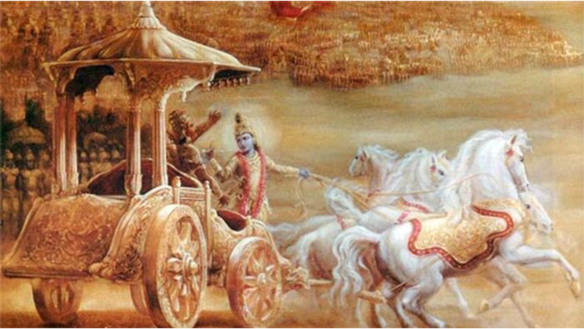 Devotees in the Czech Republic read the entireity of Srila Prabhupada’s Bhagavad-gita As It Is online during a nonstop 27-hour live broadcast on the sacred occasion of Gita Jayanti, December 25th.

The idea was originated by Loka Saranga Das and moderated by Madhu Pandit Das, while Priya-kirti Das advertised the livestream. The reading, conducted via Zoom and broadcast on Youtube, was also inspired by Vaisesika Das’s Live to Give Campaign.

More than thirty devotees read from their homes around the Czech Republic on the day which also commemorated Moksada Ekadasi, with shifts divided into thirty minutes or one hour, while some read for several hours.

Devotees read all eighteen chapters of the Bhagavad-gita, including translations, purports, and Sanskrit verses for those who were comfortable reading Sanskrit.

“During the reading, the Bhagavad-gita text was scrolling on the screen so that viewers could follow along, while the reader was shown in the corner window,” says Priya-kirti Das, who lives near the Czech farm “Krisnuv Dvur” for which he serves as communications director. “It was very nice.”

Priya-kirti was one of the readers, along with devotees all over the country, including Loka Saranga Das’s teenage daughter Sarasvati, other young devotees, and Nama Hatta congregation members. Meanwhile Czech devotees living abroad in the U.S. and Mayapur, such as Hamsa Avatar Das and his family, covered the late night or early morning hours, as the time difference in their locations allowed.