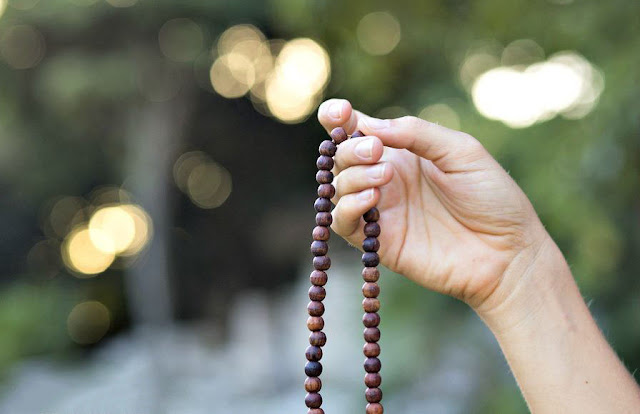 All these reasons are valid and true. But the question is "When will there be a day when the mind will stop offering reasons to not chant attentively?" Material world is a place of continuous drama and happenings and the mind knows how to perfectly en cash on it. Even if all our problems went away, the mind will not allow us to chant attentively.....a new set of problems will come or even if there are no further problems, the mind will make one. After all, it's expert at it - creating problems where none exists.
CHANTING BEYOND CONDITIONS
Bhakti and chanting of the Holynames are unconditional, which means that they are not depended on any conditions. Waiting for the perfect condition to chant well or perform Bhakti well is a great trap. One of the keys to chant nicely is to learn to see these reasons not as reasons but as excuses we give ourselves to not chant attentively. Our problems are not the real problems, making them into excuses is the real problem. These excuses are precisely what is coming between us and true chanting.

When we say - I can't chant attentively because of 'so and so reason', is it really that we don't have the power to chant well despite that problem. Let's analyse this. What if someone held a gun on our head and told us, "just chant attentively or I will shoot you!" What will we do? Remember, our reasons are still there as it is. Will we be able to chant attentively? 100%, we will chant the best quality rounds in spite of all our reasons. Why? Because our life is at stake.

Two points from this example -
(SIDE NOTE - Someone may object saying that the gun example is hypothetical. But death or calamities in the form of the gun are always near our head. Sorry, if this sounds a little harsh. But material reality is harsh. That's the reality. But this harsh reality becomes gentle when we use it as an impetus to take shelter of the gentle Names of Krishna.)

CHANTING BEYOND JUSTIFICATIONS
Another justification we give ourselves for not chanting is - "if someone else would have been in my situation, he or she would have also not chanted attentively." This is not true. There have been many devotees with more difficult issues and complications than us but who still manage to chant attentively and practice Bhakti nicely. Srimad Bhagvatam has the example of the devotee-child, Prahlad who was tortured so much by his father but still managed to fully focus on his Bhakti and chanting. We might say "He was from a different Yuga. It was easier for him". But we have contemporary examples of so many people who else would great challenges still chose to chant attentively. His Holiness Jayapataka Maharaj, at the age of 70+ with liver and kidney transplant and with severe brain hemorrhage manages not only to chant attentively but preach vigorously. There are many examples like this. Remember that if our life seems unfair, so is that of others.  That's the fairness of life - it is unfair to all. Thus, chanting attentively is not a matter of circumstance but a matter of choice. In fact, more herculean the reasons to not chant attentively, the greater the opportunity to prove our sincerity to Krishna.

Even if all our reasons are valid, the question is - "at the end of the day do we want to be left with 'valid reasons' or 'good chanting'? The ball is in our court. Let us get over with our attentively preserved reasons and excuses and start chanting attentively, so that we can get over this material world and get into Krishna's world.
Source: https://thewisdompark.blogspot.com/2019/06/chanting-beyond-reasons.html
Tags: chanting, god, hare krishna, mahamantra, srila prabhupada
E-mail me when people leave their comments –
Follow