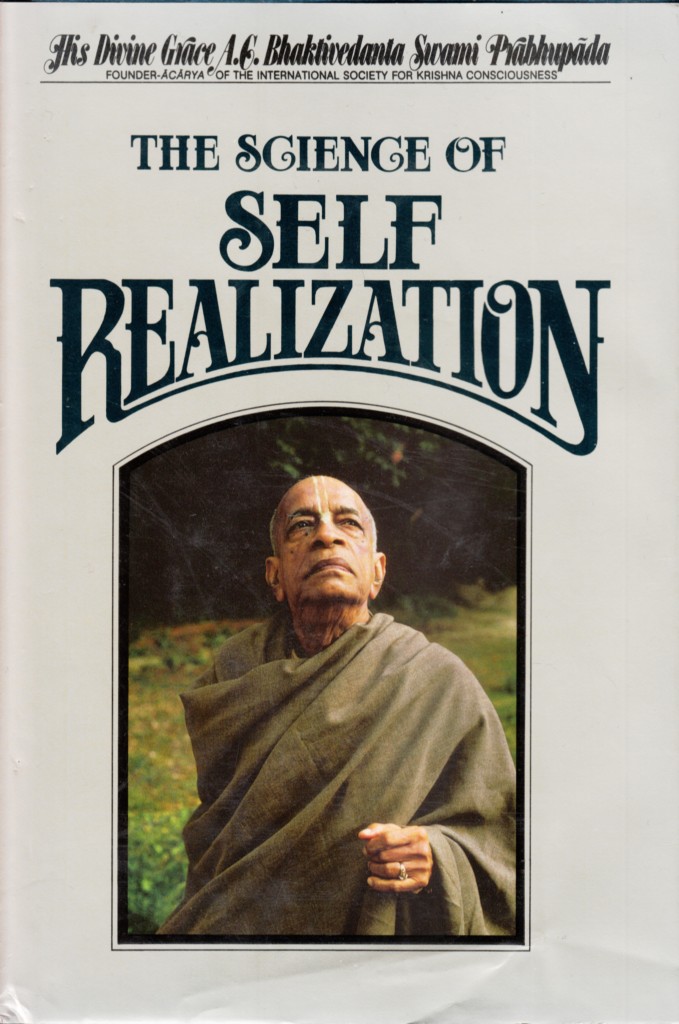 Hare Krsna. Please accept my humble obeisances. All glories to Srila Prabhupada. I hope you do not mind my writing to you. I have never written to a spiritual master before. You do not know me. My name is Bhaktin Dora and I live in Pecs (Hungary). I am 14 years old, and I live at home with my mother and older sister.

Some years ago I went to the Hare Krsna Festival with a friend. I was not very interested, but I enjoyed the chanting and dancing at the end. After it was over I bought a book, The Science of Self-Realization. I do not know why; generally I never read. I think it was because of the chanting.

I took the book home and cannot remember what happened to it. One day my mother found it and was very angry with me. She thought that I was reading this kind of thing. You see, our family members are all very strict Catholics. They thought Krsna consciousness was some kind of “brainwashing.” Actually I wasn’t reading the book; I had forgotten all about it. Somehow it just “appeared.” Anyway, my mother was going to throw it away.

My grandmother, who is 68, was in the kitchen at the time. She lives in the apartment upstairs. She came in and took the book. She looked at it and scolded me in a very heavy way. I thought that would be the end of it. I did not mind so much, as I was in a lot of maya at the time.

About a week later I overheard a conversation between my mother and grandmother. Granny was saying that this was not some ordinary book. She said that what Prabhupada was saying is what Jesus Christ said and that Krsna is God. I was very surprised. She said we should listen to what Prabhupada said and chant Hare Krsna because that was the religion for this age. There was a lot of talk about how Christianity was no more and no one was following the Bible but what Prabhupada said was pure and perfect.

Things really took a turn from there. One day my grandmother visited the nama-hatta [local Krsna center] here and began to chant on beads. She also began to buy Prabhupada’s books one by one. She was spending all her pension buying what she called the “beautiful holy Bhagavatam.” Sometimes she could only afford to eat potatoes, but she kept buying the books. The devotees even came to her flat and helped her set up an altar. When I went upstairs, there were Krsna pictures everywhere.

That was really the beginning. One night Granny had a dream about Prabhupada. Something really happened to her then. I don’t know what it was, but she began to get very enthusiastic. Next she began to get the whole family involved. I mean, not just me and my mother and sister, but her two sons, their wives and six children, as well as her brothers, sisters, and relatives. Before, she used to carry a Bible with her and quote Jesus Christ. Now she has a Bhagavad-gita and quotes “the good Lord Prabhupada.” She became a veritable transcendental terror. Everyone in the family has to chant at least one round a day. In addition Granny made everyone become a vegetarian, including my dog Sikra, and we offer our food to a picture of Prabhupada and Lord Caitanya.

Now I am also getting out of maya and chanting and reading a little also. Where I go to school my friends inquire about Krsna, since they know I am a devotee. The whole family goes to the nama-hatta, all sixteen of us. During the Christmas marathon [for book distribution], we all tried to distribute Prabhupada’s books. Even Granny would take books with her to the market and sell them to the vendors. Everyone is afraid of her because she is fearless. They all think she has gone crazy, but she doesn’t care.

Now she is saving to go to Budapest to see the newly installed Deities. She has heard that Lord Caitanya and Lord Nityananda “came” to Hungary and are being worshiped there by the devotees. She says she wants to see God just once in this life.

At this year’s Hare Krsna festival, you were speaking to the guests after the kirtana. You must remember my grandmother because she came and sat right beside you and asked so many questions. At the end when you stood to leave, she even kissed your hand, remember? I also wanted to ask a question, but I was shy. Could I please ask you now? I hope you do not mind, Maharaja.

I want to know what kind of man Srila Prabhupada was. He must be so dear to Krsna to have spread this message all over the world. What are these books that changed my family so much? How is it possible that he can speak so powerfully through them? You must feel very fortunate to be his disciple. How great a man he is! Sometimes when my Granny chants in front of a picture of Krsna she cries. How does Prabhupada do that? I want to cry like that too. Granny dreams of Prabhupada, and sometimes she talks to his picture. Although it says on the cover of the book that he passed away, is Prabhupada really dead, or is he still alive? Do you think I can meet him some day?

I am sorry that I have gone on so. I would like to be a good devotee one day and help you and Prabhupada spread Krsna consciousness. Please could you answer my questions?

Sivarama Swami: Srila Prabhupada, what is this brand of mercy that you gave this old lady I just barely met, which you never gave me? She never met you, never saw devotees. She is not even initiated by you. What is this kindness that you bestow upon her, which you do not give me, your “fortunate disciple”?

What am I referring to? It is just this. After having come in contact with you for just a few months, what inspiration did you give this Granny in that dream? What did you move in her heart that made her change her life in its final days, that made her turn against the current of banality and tradition and strike out alone to change her world? No sympathy, no association, no institutional support. Boldness I do not possess, changes I do not have strength to make.

Srila Prabhupada, I want to know what you say to her from your picture when she talks to you? I have so many pictures. You do not speak to me through them.

Although I worship Deities daily, I continue to see them as made of marble and wood. How is it this old lady has the conviction that God has “come” to her country? Why have you not given such vision to me? I want to cry like that too. When will you give me that mercy?

Srila Prabhupada, this is one letter, from one girl who came in contact with you. How many millions of such souls are there who have yet to write, who are directly experiencing your mercy daily, who read your books with implicit faith, whom you talk to in dreams and pictures, whose lives you change abruptly and reward with tears when chanting the holy names?

How many people cross the boundaries of rules and regulations by the strong boat of your mercy and practice and taste Krsna consciousness in a realm beyond logic and good fortune? When will you one day bestow some of this special mercy upon me that you give them?

If I am not to acquire it directly, even after begging for it, then I will serve such souls who have reached your mission. I will offer them prasadam, give them your books, and show them how to practice. I will chant with them. Thus I can hope to gain a new perspective of your greatness, even though I may never fully understand it.