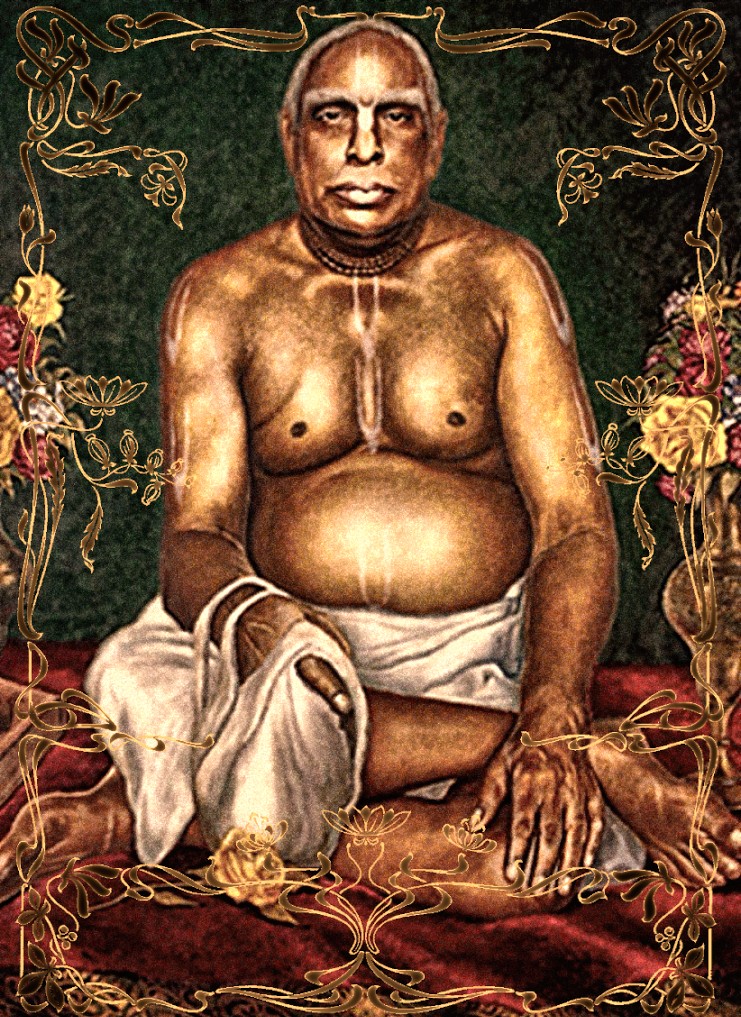 This paper aims to present the contribution of Bhaktivinoda Thakur to the establishment and development of the International Society for Krishna Consciousness (ISKCON). It regards his personal life as the role model for the practitioners of Vaisnavism, and it considers his input in expanding preaching techniques, both innovative and traditional ones.

Being born in a non-Vaisnava family, educated in Christian and Westernized Hindu schools and colleges, Bhaktivinoda Thakur, more than many other spiritual teacher in Gaudiya tradition, is the reference point for ISKCON, many of whose members have been born in and molded by the Western civilization. The historical context in which Bhaktivinoda Thakur commenced his spiritual quest can be portrayed as a time of serious encounter and conflict between Hindu traditionalists and a Westernized and secularized Bengalis intelligentsia. Because of his studies in and appreciation for Western ideologies, Bhaktivinoda Thakur experienced profound religious doubts and did not take for granted the philosophical and theological doctrines of Vaisnavism. This disproves the claim that ISKCON represents a merely incongruous transplant in Western civilization. On the contrary, Bhaktivinoda’s example shows how acceptance of Vaisnavism is a meter of personal conviction and not geographical and cultural conditionality.

Another point which makes Bhaktivinode Thakur the role model for ISKCON members is the way in which he has practiced his sadhana (spiritual discipline). Like most ISKCON members, he was a family man with many worldly responsibilities. Nevertheless, he had very intense sadhana. And despite having demanding a post as a deputy magistrate in government service, and a big family, he always found enough time for writing books on Vaisnavism and organizing preaching activities.[i] His life showed that becoming practitioner of Krishna consciousness does not mean to exclusively become a renouncer (tyagi). Rather it showed how to be responsible in worldly duties and engage them in service to Krishna.[ii] Shukavak (1999, 258) notes that ‘In the scarcity of viable role models for Gaudiya-Vaisnavas in the West, Bhaktivinode presented an excellent example of responsible worldly engagement and Vaisnava practice.’ His personal example can guide ISKCON devotees how to be in this world but not of it; and thus facilitate ISKCON’s integration into the society and help it avoid identification as a sect.
Saragrahi Vaisnava

Bhaktivinode Thakur’s involvement with Bengal’s intelligentsia and his attempts to present Vaisnava philosophy in a scholarly and inclusive manner definitely presents a solid framework for ISKCON’s attempts to express its own intellectual perspectives in a way suitable and relevant to Western intellectual and academic developments. Bhaktivinode Thakur’s concept and personal example of a saragrahi, an “essence seeker” who can step beyond a parochial position and meet the requirements of modern theology such as self-criticism and comparative scholarship, has been a great help in ISKCON’s efforts to find its place in the world of contemporary academia. (Shukavak, 1999, 140). Again, as with his private life, Bhaktivinoda Thakur with his theological perspectives sets an ideal example which if followed by ISKCON devotees will assure them a stable and influential role in contemporary society.
Bhaktivinoda Thakur, a preacher with vision and a mission plan

A. C. Bhaktivedanta Swami (the founder-acarya of ISKCON) very often emphasized the importance of Bhaktivinoda Thakur in regard to the establishment of ISKCON. For example, he said, ‘We should take it for granted that whatever is happening at the present moment by my humble endeavor, it is all by the grace of Bhaktivinode Thakura’. (Prabhupada, 1994, 256). Bhaktivinode Thakur did not deserve such a eulogy from ISKCON’s founder-acarya only because of his successful preaching in India, but because of his deep conviction that Krishna consciousness would spread all over the world. This is displayed in his writings: “Sriman Mahaprabhu did not descend to deliver a certain number of human beings in the land of India, but rather His purpose was to deliver all living beings in all countries of the world.” (Dasa, 1989, 195). Bhaktivinoda Thakur was not only the prophet of Krishna consciousness in the West but also the first one to send his writings to the West. In 1986,[iii] his book Sri Caitanya Mahaprabhu: His Life and Precepts reached various thinkers and institutions, including the library of McGill University in Montreal, marking the beginning of the most important missionary activity of ISKCON, book distribution.[iv] Bhaktivinoda Thakur’s idea of introducing Krishna consciousness to intellectuals was carried on by A. C. Bhaktivedanta, who very much emphasized book distribution to libraries and colleges. Following the example of Bhaktivinoda Thakur, who was a prolific writer (he has written or published about a hundred literary works), A. C. Bhaktivedanta translated and wrote numerous books and fully encouraged his disciples to write.

Another significant preaching technique of Bhaktivinoda Thakur that has been accepted and developed by A. C. Bhaktivedanta is the concept of the nama-hatta preaching program to spread the practice of chanting the holy name. The nama-hatta, or the “marketplace of the holy name,” was a highly developed and organized preaching plan with detailed job description for all participants. Devotees traveled to different places and established and maintained meetings in rented halls or in the homes of people interested in Krishna consciousness.[v] Taking Bhaktivinoda Thakur’s idea of the nama-hatta as the basic model, A. C. Bhaktivedanta established many preaching centres that facilitated association of devotees and preaching activities even in the places without temples. As the expansion of ISKCON’s members went more in the direction of congregational members than in the initial direction of priests who lived in the temples, nama-hatta became a key method of congregational preaching.
Conclusion

As Shukavak notes, in spite of Bhaktivinoda Thakur’s global spirit of nama-hatta and his universal perspective of the saragrahi, his outreach to the world at large was relatively limited. (Shukavak, 1999, 253). However, we may conclude that the crucial influence of his personal example, his prolific writings, and his systematic teachings and preaching techniques were not limited only to the Gaudiyas’ mission in the late nineteenth and early twentieth centuries, but inaugurated and echoed in the preaching attempts of his successors, in particular his son Srila Bhaktisidhanta Sarasvati and Sarasvati’s disciple A. C. Bhaktivedanta.
Bibliography

[i] For detailed daily schedule of Bhaktivinoda Thakur, please refer to Dasa, 1989, 140.

[ii] Engagement of material possessions in devotional service (yukta vairagya) as opposed to false renunciation (phalgu vairagya) has been one of the main principles of Gauidiya-Vaisnava theology. The evangelizing spirit of Bhaktivinoda Thakur’s and A. C. Bhaktivedanta Swami’s preaching missions was perfect embodiment of yukta vairagya.

[iii] It is interesting to note that 1986 happens to be the year when A. C. Bhaktivedanta was born.

[iv] The McGill library is where ISKCON devotees first found the book.