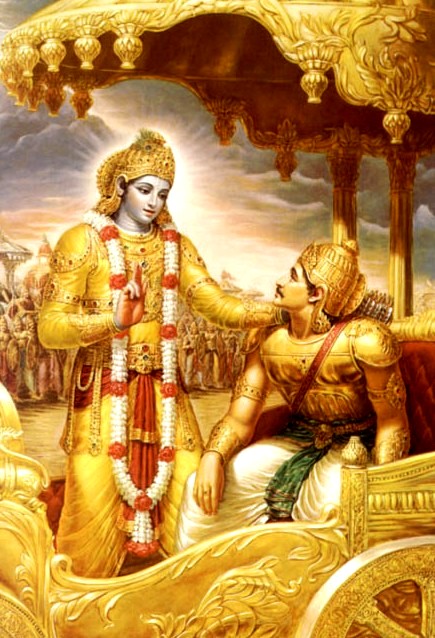 On Monday, December 19th, in Tomsk, Russia, a historic court case is taking place. Some of our movement's detractors are making a major court case, attempting to establish that Srila Prabhupada's Bhagavad Gita As It Is is is "extremist literature" and on these grounds have it banned throughout the country. The implications for ISKCON in Russia and even in the former USSR are far reaching.

If the devotees lose this case all Srila Prabhupada's books may be banned because they are full of quotations from the Gita. Seeing all of our activities are based on Bhagavad Gita it could conceivably lead to attempts to close our movement in some places.

The prosecutors are pushing this absurd case with great determination and vigor. There have already been three court hearings, in which the testimony of the so called "experts" gathered by the prosecutors was recognized as being inadequate. However, the prosecutor's office has requested new testimony, not from well-known experts on Hinduism from Moscow, but from some unknown academics from a local Siberian university. This move clearly suggests that a particular court decision is being engineered. Their approach brings to mind the Inquisitions of the Middle Ages, witch hunts, and the burning of books and persecution of dissidents during the Soviet period of Russian history.

Please announce at your Sunday feasts that the programme is being offered to the Lord as an appeal that if He so desires He may help the devotees win this case.

The GBC Executive Committee also hereby requests all ISKCON devotees to sign an online petition which will be presented to the court on Monday, showing international support for Srila Prabhupada's Bhagavad Gita. Please sign at: http://www.petitions24.com/gita

It is in both English and Russian. Please pass the link on to your friends, and encourage whoever you can to sign.
We also request all the followers of Srila Prabhupada to pray to Lord Krishna and Lord Nrsimhadeva to protect his movement in Russia, and to help the devotees' efforts in court there to be successful. Hoping this meets you well.